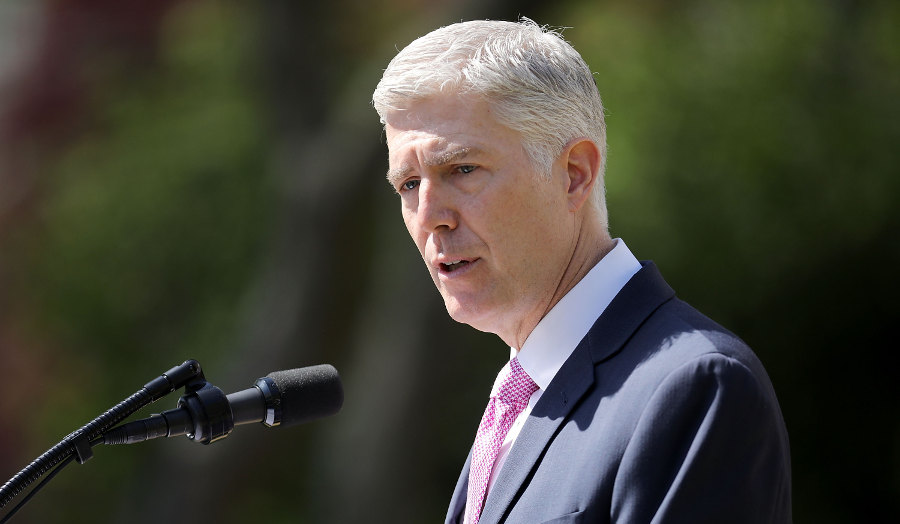 The first of Trump's two appointees, Neil Gorsuch, has stabbed conservatives in the back with his ludicrous redefining of the word “sex.” And as if his vote was not bad enough, he wrote the opinion for the majority. But that’s where the reality check comes in.

I remember that sinking feeling as the election results were announced in November 1992. William Jefferson Clinton would be the next president of the United States. George H. W. Bush was out. Yet we were so close to having a conservative majority on the Supreme Court who would overturn Roe v. Wade! At least that’s what I thought.

It was at that moment that another feeling struck me, a realization that has stayed with me over the decades. This realization was powerfully underscored with the Supreme Court’s disastrous decision this past Monday.

I suddenly realized that I was putting too much trust in our system. That I kept thinking that the expected change was just one election away. Or one more SCOTUS appointee away. Yet that magical moment never happened. Not with the Reagan presidency, and not at any time since — at least, not on the level for which I had been hoping.

Trusting in the Government Invites Disappointment

In short, when it comes to changing the society, we cannot put our trust in the Court. Or in the president. Or in the government. To do so is to invite disappointment.

Certainly, the actions and decisions of our government and its institutions can have massive implications for good or for bad. But real societal change, the kind of change we must have, cannot come by legislation or executive order or ruling. It can only come through the changed hearts of the people, which then changes the will of the people, which then makes its way up to the courts and the White House and the government.

Government cannot save! Only Jesus can save. And He must be our message.

That’s why I wrote in 1993 (yes, this was written 27 years ago), “For years we put our trust in the government. We hoped that the President would hold the line, that the right appointees to the Supreme Court would help stem the flood of unrighteousness, that a politically active church would turn our nation back. But we have been misled! We have put our confidence in the flesh. In our fight for religious rights we have subtly confessed, ‘In man do we trust.’ But government cannot save! Only Jesus can save. And He must be our message.”

I continued, “Oh yes, we should exercise our rights and vote. We should meet with our children’s educators and write to our elected officials.” But, I explained, the key was changing the hearts and minds of the people. Otherwise, the change we longed for would never come.

But maybe I’m sounding too spiritual. Let’s think about this in simple, concrete terms.

Is This Too Spiritual an Idea?

Who was the critical swing vote in the Obergefell v. Hodges decision, redefining marriage? It was none other Anthony Kennedy. And who nominated Kennedy to the Supreme Court? None other than Ronald Reagan. So, one of our greatest conservative presidents nominated the man who played the pivotal role in calling same-sex unions “marriage.”

Of course, Reagan unsuccessfully nominated Robert Bork. And he was successful in nominating the great Antonin Scalia. But we cannot deny that Kennedy was selected by Reagan too. So much for our man in the White House changing SCOTUS.

As for George H. W. Bush, it is true that he nominated Clarence Thomas for the Court, and Thomas has remained consistent through the years. But Bush also nominated David Souter.

Politico tells us the rest: “While Souter voted along generally conservative lines in his first year on the bench, he soon began to drift left. By 1992, he was part of the majority in Planned Parenthood v. Casey that reaffirmed the core holding of Roe v. Wade. On cases ranging from voluntary school prayer to affirmative action, Souter lined up with his liberal colleagues. By 1995, the conservative Weekly Standard labeled him the ‘‘stealth justice’ and called him ‘one of the staunchest liberals on the court—a more reliable champion of liberal causes than Clinton appointees Ruth Bader Ginsburg and Stephen Breyer.’”

So much for my hope for a second term for President Bush in 1992. Maybe he would have appointed another Souter?

And what of the appointees of George W. Bush? Samuel Alito has stayed the conservative course, writing the withering dissenting opinion in Monday’s ruling. But Bush also appointed Chief Justice John Roberts, the swing vote in Obamacare and one of the two key votes in Monday’s ruling.

Trump Appointee Gorsuch Has Disappointed Us, But God Never Will

That brings us to the present. The first of Trump’s two appointees, Neil Gorsuch, has stabbed conservatives in the back with his ludicrous redefining of the word “sex.” And as if his vote was not bad enough, he wrote the opinion for the majority. What in the world happened?

This doesn’t mean that he won’t make other solid rulings in the future. And this doesn’t mean that we would have been better off with Hillary Clinton appointing justices to the Supreme Court and the federal courts. In that respect, Trump has done much good. (See the chapter in my new book, Evangelicals at the Crossroads, which asks the question, “What if Hillary Had Been Elected?”)

While we continue to vote and lobby, we remember this simple truth: we must put our trust in God and the Gospel, not government.

But that’s where the reality check comes in. The Supreme Court will disappoint us again, and we can only expect the president or Congress to do so much. As for those who voted for Trump primarily with the courts in mind, the Gorsuch ruling is both a slap in the face and a stark reminder of the point I have been trying to make. We must be careful where we put our trust.

So, while we continue to vote and lobby, we remember this simple truth: we must put our trust in God and the Gospel, not government.

The Lord and His message will never fail us. Our government and its institutions, sooner or later, most certainly will.