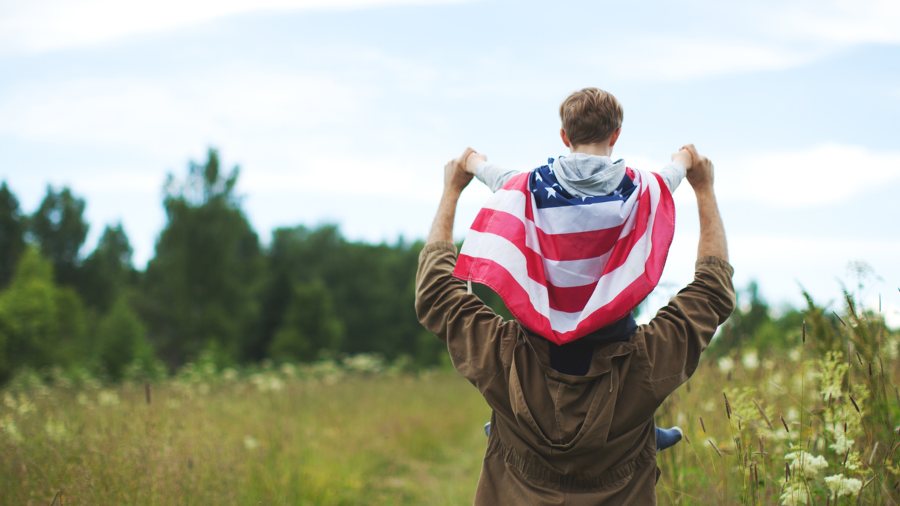 As we Americans celebrate the 245th anniversary of our independence, we face perhaps our biggest existential crisis as a people.

That crisis goes beyond critical race theory and COVID-19 vaccination. Those problems reflect the issue that led to the Revolutionary War: Will we allow powerful elites to treat us as subjects or will we assert our rights as citizens?

Silverton, Colo., a town with about 600 residents, illustrates the growing rift. On June 14, Mayor Shane Fuhrman unilaterally banned the Pledge of Allegiance at meetings of the town’s trustees. When 10 people and two trustees responded by rising to recite the pledge, Fuhrman threatened to expel anyone who followed suit.

“To tell members of the public they are not allowed to say the Pledge of Allegiance during public comment and threaten to have them removed … violates every single one of their First Amendment rights,” Trustee Molly Barela told Denver’s KDVR-TV.

The Maoist Road to Serfdom

Meanwhile, school boards planning to implement critical race theory and pro-transgender policy face passionate resistance from parents and students across the country. In Loudoun County, Va., opposition erupted after the school board fired a physical education teacher who disagreed with pro-transgender policy during a board meeting. One parent, a spokesman for a group seeking to recall the board’s members, said the board wanted to stifle the parents’ role in their children’s education.

Yet critical race theory reflects the Maoist approach to Marxist revolution. As Mao said in 1963: “The evil system of colonialism and imperialism arose and thrived with the enslavement of Negroes and the trade in Negroes, and it will surely come to its end with the complete emancipation of the Black people.”

Elsewhere, influencers tell Americans to “trust the science” while demanding mass vaccination against COVID-19. Influencers even advocate “vaccine passports” to ensure compliance by holding shopping, employment and school attendance hostage, despite widespread opposition. The Henry Ford Health System in Michigan demands that all employees be vaccinated by September 10 or lose their jobs. So did Houston Methodist’s health-care system. When nearly 120 of those employees sued, a federal judge dismissed their case. Since then, more than 150 employees have quit or been fired.

Yet a study of 52,000 employees at the Cleveland Clinic showed no significant difference in infection rates between subjects who got the vaccine and those who didn’t despite being previously infected. Dr. Byram Bridle, an immunologist who conducted research for a COVID-19 vaccine, said the spike protein in mRNA vaccines can damage vital organs. The FDA recently admitted the increased risk of heart inflammation with mRNA vaccines.

Nevertheless, most news outlets disregard information that contradicts the conventional narrative. They even ignore perhaps the most newsworthy story of the year: an audit of the Presidential election results in Maricopa County, Arizona. That audit could trigger similar audits in other states, which could prove claims of alleged electoral fraud that put Joe Biden in the White House.

But those questioning the narrative get derided as “cranks,” “conspiracy nuts,” or worse. That derision reflects a deliberate strategy called “astroturf,” referring to fake grass roots, as The Stream reported in February.

“Astroturf seeks to manipulate you into changing your opinion by making you feel as if you’re an outlier when you’re not,” said former CBS journalist Sharyl Attkisson. “Hallmarks include use of inflammatory language, such as ‘crank,’ ‘quack,’ ‘nutty,’ ‘lies,’ ‘paranoid,’ ‘pseudo’ and ‘conspiracy.’ Use of the charged language tests well.

“Special interests have unlimited time and money to figure out new ways to spin us while cloaking their role. Surreptitious astroturf methods are now more important to these interests than traditional lobbying of Congress. There’s an entire industry built around it in Washington.”

That industry serves the lust to centralize power and dismiss accountability. In turn, that lust drives censorship on social media.

“The new elites are trying to run the board,” Shmuel Klatzkin wrote in The American Spectator. “We cannot be allowed to think on any matter that we can judge the correctness or lack of same of a given idea. Private reality … is forever subject to revision as the expression of political power requires it.”

Accomplishing such a goal means, “grinding down American social and cultural norms to prepare the population for Father Government to step into every aspect of our lives, no matter the topic,” a caller to Andrew Wilkow’s Sirius XM program said. “Essentially (it’s) governance taking over liberty. It’s not government led by the people. It’s government leading the people.”

In the 18th century, British elites wanted colonists to think of themselves as unquestioningly subordinate to leaders whom those colonists had no role in selecting. In the 21st century, American elites in government, business, entertainment, academia and the media want citizens to be just as subordinate.

If today’s elites succeed, they will have undone the painful work accomplished by Washington, Jefferson, Madison, Franklin and thousands of anonymous Americans who fought and died for the values the Fourth of July represents.

What I Love Best About America