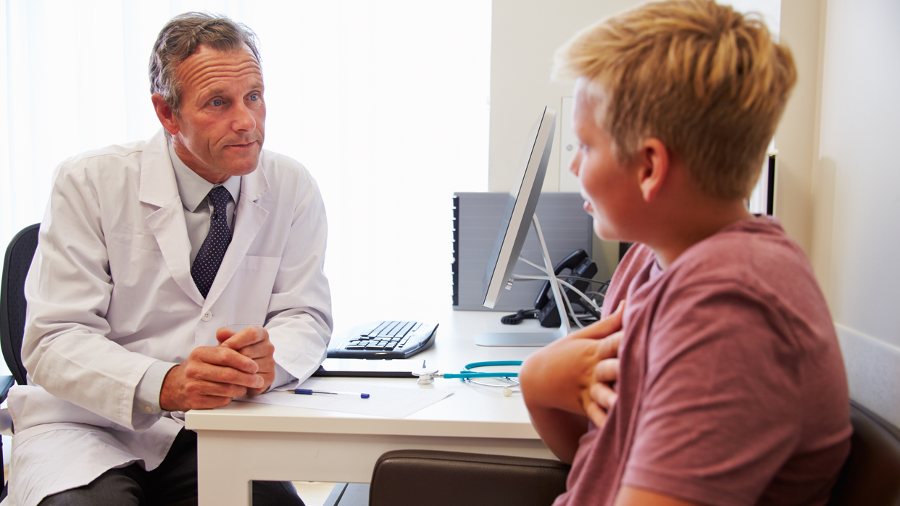 Many years ago, I saw a cartoon in a magazine depicting a group of people standing around a man who was lying on the ground. Someone was crying out, “Is there a doctor in the house?” In response, a doctor appeared. But he was not the kind of doctor they needed. It was Dr. Jack Kevorkian, infamous for his support of physician-assisted suicide and with instruments of death in his hand, who came forward to help.

In video footage obtained by the Veritas Foundation, Dr. Daniel Metzger, a “doctor with the World Professional Association for Transgender Health expressed concern about the regret that researchers are finding among young adults who transition to the opposite sex when they were children without fully understanding the ramifications.”

Dr. Metzger acknowledged the findings of Dutch researchers and others that many children who transition, upon becoming adults, regret the decision they made.

Not Capable of Giving Informed Consent

As young teens (or even younger) they assured their doctors and parents that they were fine with the prospect of not having biological children as a result of the proposed treatments, thinking they could easily adopt a child when they got older. But when the time came to adopt, they discovered it wasn’t so easy. In other cases, when they realized that having a pet dog was not the same thing as having their own child, reality started to sink in.

Yet Dr. Metzger was fully aware of this, stating that these minor children are not really capable of giving informed consent to such life-altering treatments, treatments that will sterilize them (and/or maim them) for life.

“Most of the kids are nowhere in any kind of brain space to talk about it really — in a serious way. That’s always bothered me, but you know, we still want the kids to be happy, happier in the moment, right?” — Dr. Daniel Metzger

He said, “The Pediatric Endocrinology Society meeting — some of the Dutch researchers gave some data about young adults who have transitioned and have reproductive regret. Like, regret, and it’s there, and I don’t think any of that surprises us.”

How could it surprise them if they were being honest with themselves?

Why, then, does Dr. Metzger continue to advocate for this terribly dangerous practice?

So They’ll Be “Happier in the Moment”

He gives this shocking justification: “We try to talk about it [transgenderism], but most of the kids are nowhere in any kind of brain space to talk about it really — in a serious way. That’s always bothered me, but you know, we still want the kids to be happy, happier in the moment, right?”

This is the kind of thinking responsible parents work against all the time, telling their children they cannot have what they want now because it is not good for them in the long run. This is what parenting is all about: having the long view, not the momentary view.

That’s why you don’t let your 6-year-old son have chocolate chip cookies for breakfast and ice cream for dinner no matter how much he cries about it. It would make him happier in the moment, but it would be detrimental to his health over the years.

This is what responsible parents do. Should we expect anything less from the medical profession?

Parent Often Must Defy Their Teenagers’ Will to Parent Well

When our two daughters were teenagers, they told my wife and I that we were way too strict, much stricter than their friends’ parents.

I told them to write out a list of what they would do differently if they were the parents, asking them to hold on to the list until they had children of their own. It’s something we still laugh about today, with their kids ranging in age from 16 to 21, as their list included things like no curfews and no restrictions of activities of any kind.

That’s why we were the parents and they were the children. They were incapable of making some of these critically important decisions at that age, and if we were strict, it was for their long-term good.

There are some things you simply cannot take back and some decisions you cannot unmake. That’s why you cannot get a tattoo in most states in America unless you are 18 years old, which makes sense. It is a lifelong decision.

If you’re excited about getting your first tattoo, you need to know how old you have to be to get a tattoo in the US. There are many reasons why there’s an age limit on getting tattoos. The fact that it’s a commitment you make for life, is one reason why you shouldn’t rush into getting inked.

The law doesn’t classify you as an adult until your 18th birthday. This means there are restrictions on the decisions you’re allowed to make before you turn 18. It may not seem like a positive thing, especially when you desperately want to get a tattoo. However, getting a tattoo isn’t something you should do on a whim, so the age requirement can save you from future regret.

And this is just about getting a tattoo, which cannot be compared to the chemical castration or genital mutilation of children.

The Gender-Obsessed Left Will Have to Pry My Children From My Cold, Dead Hands