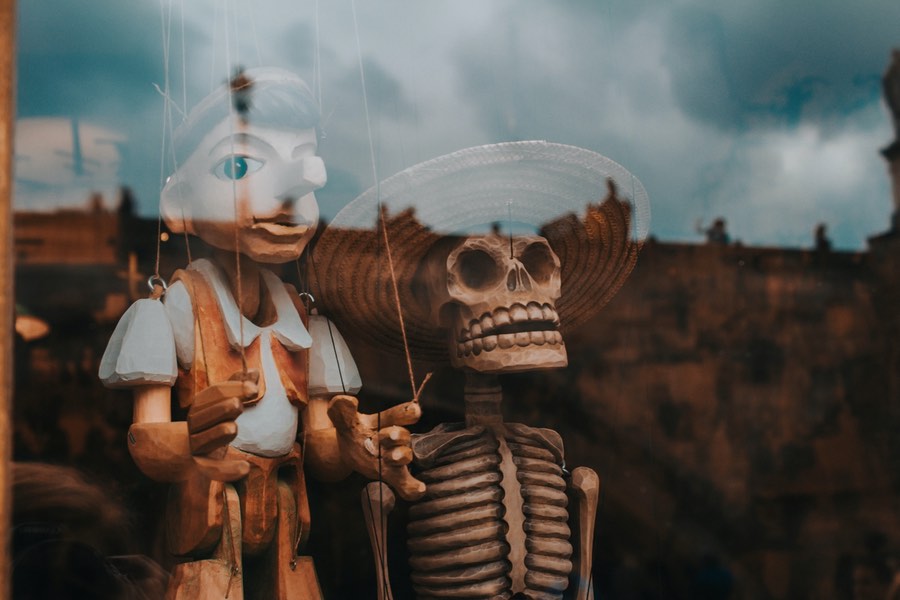 How do you stop our country’s growing lunacy? I raised this question last week, and some folks on Twitter answered stupidly. Wrongly. Disturbingly.

Its easy you put on your big boy pants put away the turn the other cheek i wont defend myself excuse.
Walk into the gun store buy a rifle and a pistol for every family member big enough to shoot one
Learn to shoot join or form a citizens militia
.. And damn it DEFEND YOURSELVES

It looks tough. It looks “big boy pants.” So impressive. And absolutely no help at all. Not against the problem I’ve been describing.

It’s wrong in two ways. I’m sure you get the easy part: There’s a huge difference between being ready to defend and being eager to shoot. This looks disturbingly eager. I’ve got my CCW license and I’ve got my weapon, but I really, really hope I’ll never use it except on the range. There’s a place for militias, but this is nowhere close to it, and I hope I never see the day when it is.

Shooting at the Wrong Problem

But then there’s the other problem: These people think they can stop lunacy by stopping lunatics. Not a chance. Aside from all the massive evil they’d be committing in the attempt; aside from the lunacy they’d be committing themselves; and aside from the fact they’d never stomp it all out that way anyway, there remains one huge, looming error: They’d be shooting at the wrong problem.

And as much as it pains me to say it, they’re not the only ones making that mistake. A lot of Christians with a lot kinder motives, with not a thought of violence, get the problem wrong, too.

We have a problem, there’s no doubt about that. Racial tensions like we haven’t seen in decades. Cities falling under occupancy. Cries to defund the police. And that’s just in the past two or three weeks. There’s a pandemic still going on. There’s an election coming, with polls telling us the anti-Christian socialist party’s candidate is currently in the lead.

The Problem Is the Lie

We have a problem. If there’s one thing that ties them all together — all but the virus, that is — it’s their dangerous disconnection from reality. Their deception. Maybe even their lies, except I think many of them are deceived themselves. That makes them (some of them) less culpable for the deceptions. But never mind that. Let’s simplify it. The problem we’re facing is the lie. The falsehood. The deception.

There are lots of them, unfortunately. One of them says male can be female and female male. One says morality doesn’t matter. Another one says babies in the womb are disposable like fingernail clippings. Another says the way to get the races to get along happily is by forcing it on us all. Then there’s the lie that says religions are just special interest groups getting a free ride on the First Amendment.

All these lies share one thing in common: They’re godless. They’re motivated by people’s desire to run their own lives apart from the grace, goodness, and guidance of God. From one angle or another, each one of these lies expresses a direct, outright rejection of our Creator.

It’s a spiritual problem. Jesus said Satan is the father of lies. It’s a problem of ideas, ideology, and persuasion, for how else do lies get propagated? So we have to answer on both a spiritual level and on the level of ideas.

And it’s a complex, interwoven, worldwide problem, the kind of problem that calls for strategically savvy response.

So seriously, does anyone seriously think they could kill lies like that by shooting at them? That’s just another lie, isn’t it, for those who believe it?

Churches Get It Wrong, Too

But let’s not miss the lesson there for the rest of us. Sometimes guns are the right answer — when war is necessary, to take the most obvious instance — but not this time, because it’s not that kind of problem. So what kind of problem is it?

Survey the churches in a ten-mile radius of your home, and I’m afraid you’ll find they think it’s the kind of problem that doesn’t involve them. It’s not important enough, maybe, or else they can’t do anything about it.

Could we lift up our eyes, though, to see what else we could be doing to address the deadly godlessness of the day?

Maybe they’re thinking, “What did you expect? It’s the end times!” And they think that absolves them of responsibility. Or they might be focused on evangelism — which is highly commendable — to the exclusion of the rest of Jesus’ commission in Matthew 28:18-19: “teaching [the nations] to observe all that I have commanded you” — which is not.

Or they might just be oblivious. I’ve seen that in churches, too. “Everything’s just fine in here where we are.” Except it isn’t. Their kids are walking away from Christ. Their communities are in danger. And every church is at risk of its religious freedoms being whittled out from under it.

It’s all because of the lie. But then, what’s a church supposed to do?

Strategic Action? Yes, It Really Ought To Be Possible

I’ve seen a few cases where leaders have taken a truly strategic view on that question. Churches here where I live, Dayton, Ohio, have united to address major community problems. All.America has a viable strategic plan to work with local churches to reach every home in the country with the life-changing message of Jesus Christ. The Table Coalition is bringing churches and parachurch ministries to “catalyze partnership within the American Church for the sake of evangelism.”

I’m sure there are others. They’re still the minority, though.

I’m writing a series on Christian strategy in this darkening age, in which I’m proposing a multi-layered answer to that question. Now, though, I realize I jumped process. I’m writing on crucial strategies, when for too many American churches, the question of the week is whether to hold Vacation Bible School this summer.

Church, I’m not here to criticize. I’m not here to condemn. I’m here to say you can do better than that. Do you need to solve the VBS problem? Sure! It matters, because your kids and your people matter. You might lead some children to Christ, which would be absolutely incredible.

That’s all fine. Could you lift up your eyes, though, to see what else you could be doing to address the deadly godlessness of the day?

Want some ideas? I’m going to continue that series on strategy. In it I’m suggesting ways we can protect our people spiritually from the lies. We can contain the damage it’s inflicting, keeping it within the narrowest feasible confines. Ultimately we can work toward defeating this God-rejecting lie.

How far will we get in that? Your answer will differ according to your theology, perhaps. How responsible are we to make the attempt, though? Jesus commissioned us to reach all nations (including our own) and then to teach the nations (still including our own) to observe all the He commanded. As I read that, we’re responsible to keep working at it until He says otherwise.

And if that’s our calling, we might as well be strategic about it. So again: Let’s lift up our eyes, and see what more we can accomplish. Together. Strategically.