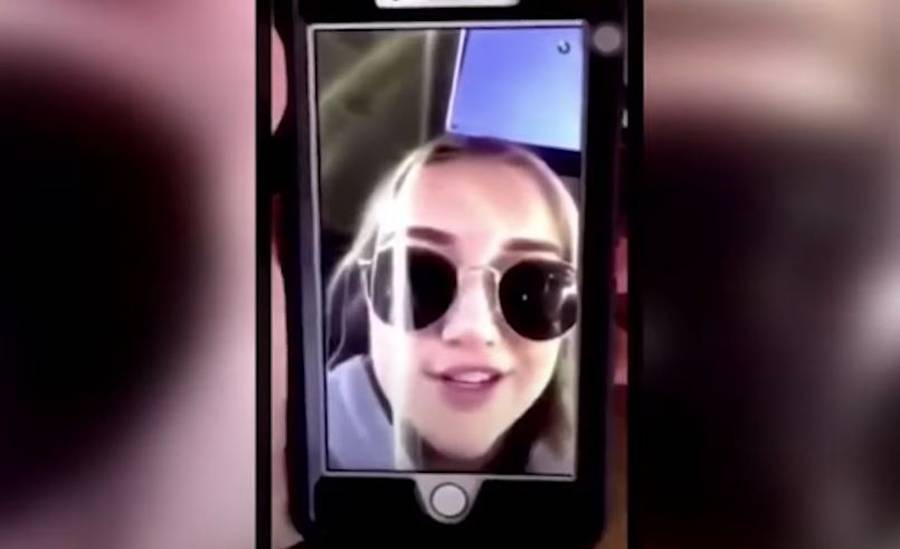 But that is exactly what happened to Mimi Groves.

She was a championship-winning cheerleader in high school and was accepted by the University of Tennessee, her dream school. She was also accepted by their cheerleading squad, which was one of the top squads in the nation.

Now 18 years old, she was excited to start living out her college dream. And that’s when the cancel culture struck.

When Mimi was 15, she posted a three-second video on Snapchat while she sat in her car in traffic, saying, “I can drive, n*****s.” That was it.

Three years later, in the aftermath of the death of George Floyd in June of this year, and while a senior in high school, she posted something very different.

So, whatever her intent was when she was 15, her intent now was clear. She was saying that racial justice was important and that she stood with the American Black community. Good for her.

But that is not how the cancel culture thinks. It does not understand the concepts of mercy and redemption. Instead, it is ruthless and unforgiving.

One of her high school classmates, Jimmy Galligan, whose mother is black and whose father is white, decided to make an example of her after a friend sent him a text message with her three-second video. He sent it to the school faculty and administrators, but they did nothing about it, leaving him frustrated and angry.

So, he waited for an opportune moment.

I don’t know about you, but I was a first-class jerk at the age of 15.

When he saw Mimi’s post in support of Black Lives Matter, which he should have cheered on, he decided instead to strike again, posting her video on Instagram once he learned which college she planned to attend. From there, the video spread to other social media platforms, including Tik Tok, as a result of which the University of Tennessee received a flood of emails and letters, protesting Mimi’s presence on the campus.

And so, “within two days, she was kicked off the university’s cheer team and forced to withdraw from UT under pressure from admission officials, citing hundreds of emails and phone calls from outraged former and current students.

“‘They’re angry, and they want to see some action,’ an administration official told Groves and her family, as reported by the New York Times.”

As for Jimmy Galligan, he says he has no regrets about what he did, feeling that he taught Mimi a lesson.

And that is where things stand today … which is absolutely sick.

Who Can Survive Under This Glaring Light?

How many of us did not say or do something stupid and insensitive at the age of 15? What if those of us who are older today had social media when we were teens? How many of our idiotic moments would come back years later to haunt us?

It’s also possible that Mimi was trying to “talk Black” in her three-second video, using the n-word as rappers do. In that case, she guilty of being stupid more than being racist.

But let’s say that she used the word as a racial slur — again, at the age of 15 — only to support Black Lives Matter three years later. Why on earth should her college dreams be shattered because of that three-second infraction from three years earlier?

Can anyone survive under such a glaring light?

What if SnapChat Had Existed When I was 15?

I don’t know about you, but I was a first-class jerk at the age of 15.

I was stupid enough to try every drug I could get my hands on.

That included putting a needle in my arm as often as I could. That included shooting speed and heroin. (Yes, I was doing this at the age of 15, despite having a great upbringing in suburban Long Island. Despite my parents being happily married. Despite my dad being the senior lawyer in the New York Supreme Court.)

I was stupid enough to lie and steal, to get stone cold drunk, and to say some of the ugliest, foulest things imaginable. I had a terrible temper and was cruel and vicious with my tongue.

Had social media existed back then, I’m quite sure I would have been idiotic enough to post some of my rants and outbursts and exploits.

Sins of Our Youth Held Against Us Forever?

But three years later, at the age of 18, after experiencing a radical conversion, I was a brand new man.

I had read the Bible cover to cover 5 times and memorized more than 4,000 verses. I had preached my first sermon. I was on my way to college, not because I wanted to but because it was my parents’ desire, and I wanted to honor them.

Profanity was gone from my vocabulary and cruelty from my heart.

Yet in today’s cancel culture, the earlier sins of my youth could have been held against me for life instead of simply being part of my personal testimony.

The Opposite of Mercy

In the words of Australian singer and songwriter Nick Cave, “As far as I can see, cancel culture is mercy’s antithesis. Political correctness has grown to become the unhappiest religion in the world. Its once honourable attempt to reimagine our society in a more equitable way now embodies all the worst aspects that religion has to offer (and none of the beauty) — moral certainty and self-righteousness shorn even of the capacity for redemption. It has become quite literally, bad religion run amuck.”

As for the cancel culture as a whole, I hope and pray that it will learn the power of forgiveness.

The sooner we learn this, the better. The body count is growing by the day.