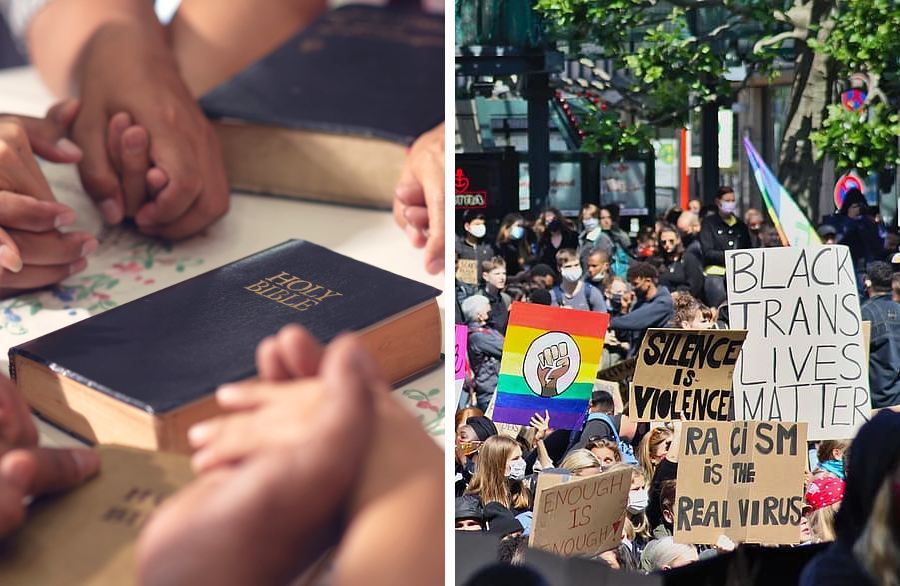 Based on our current trajectory, it seems inevitable: there’s going to be a cultural revolution one way or another. We will either continue with our precarious shift to the left, thereby going over the edge, so to speak. Or we will recover our moral bearings and save our country from collapse. We will be woke or we will be awakened. But either way, there will be a revolution. The center can no longer hold.

In his article in the September edition of Commentary Magazine titled “Yes, This Is a Revolution,” Abe Greenwald wrote, “The battle for the survival of the United States of America is upon us.”

A Revulsion Against All the U.S. Stands for

Indeed, he noted, “If it wasn’t clear in late May and early June, it should be well understood by now that we are in the throes of a genuine revolution of the most extravagant sort. Like messianic revolutionaries of the past, the revolutionary mob of the 21st century is out to ‘remake the world.’ … This is, then, most fundamentally a revolution against the United States of America and all it stands for.”

Unfortunately, he added, “And yet, we seem to be treating the great unraveling as something less than a revolution.”

To do so would be to make a fatal mistake.

Now, as the second, updated and revised edition of Revolution has just been released, I hardly need to convince my readers that we are living in revolutionary times.

Twenty years ago, when the first edition of my book Revolution first came out, I tried to convince the readers that we were at a cultural crossroads, that we were living in revolutionary times. A major shift was coming, I argued, one that would be either heaven-sent or hell-bent. There was a void and discontent that needed to be filled. Which ideology would win the day?

Now, as the second, updated and revised edition of Revolution has just been released, I hardly need to convince my readers that we are living in revolutionary times. Even though Greenwald noted that many see this “unraveling as something less than a revolution,” many others recognize what is at stake.

Using my Revolution book as a case in point, I can illustrate how much clearer things have become. (The first edition was released September 2000, the second October 2020.)

Each chapter begins with striking opening quotes which then set the tone for the rest of the chapter. When rewriting the second chapter of the book, I replaced every single opening quote from the first edition with a set of entirely new quotes. The chapter now starts with this:

“This isn’t a protest—it’s a revolution!” — shouted through a megaphone during a Black Lives Matter protest in Elgin, Illinois, June 5, 2020.

“This revolution won’t be televised—it’s going to be streamed!”— shouted by a protester during a Black Lives Matter rally on Fifth Avenue in Manhattan, June 2020.

“This movement is about revolution, not reform.” — Alexandra Hart, a student at Tulane University, quoted in the Wall Street Journal, June 9, 2020.

We are in volatile times, analogous to 1861 or 1968, and anything that can happen often has. — Victor Davis Hanson, The Case for Trump, written in August 2019.

Such quotes could have been easily multiplied. We are living in revolutionary times.

One culturally astute Christian editor emailed me privately, stating that we are on the verge of “plunging the nation into a totalitarian future run by rage-fueled Marxist revolutionaries openly at war with God.”

Do you think he was exaggerating?

Weiss: Time to Accept Reality If We Hope to Fix It

Writing from the perspective of a liberal American Jew, and with specific reference to the rising time of antisemitism in America, Bari Weiss said this in Tablet Magazine.

Over the past few decades and with increasing velocity over the last several years, a determined young cohort has captured nearly all of the institutions that produce American cultural and intellectual life. Rather than the institutions shaping them, they have reshaped the institutions. You don’t need the majority inside an institution to espouse these views. You only need them to remain silent, cowed by a fearless and zealous minority who can smear them as racists if they dare disagree.

I share with the majority of American Jews’ disgust toward Trump and Trumpism, which has normalized bigotry and cruelty in ways that have crippled American society. That truth doesn’t detract from another: There is another danger, this one from the left. And unlike Trump, this one has attained cultural dominance, capturing America’s elites and our most powerful institutions. In the event of a Biden victory, it is hard to imagine it meeting resistance. So let me make my purpose perfectly clear: I am here to ring the alarm. I’m here to say: Do not be shocked anymore. Stop saying, can you believe. It’s time to accept reality, if we want to have any hope of fixing it.

We Need a Jesus Revolution

All this, of course, is much larger than Trump vs. Biden, and my focus in this article is not on the elections, as important as they may be. And, without a doubt, as much as I oppose many of the policies of the Democrats, I am not looking to Trump and the Republicans to lead the positive, moral and cultural revolution of which I speak.

Instead, it must be spiritually based, meaning that it must be based in a return to God and the Scriptures, a return to prayer and purity. And it must be a multi-faceted awakening, beginning with an awakening of our conscience and of our spiritual and moral bankruptcy.

It must also be a grass-roots awakening, driven from and by the populace to the government rather than from the top down.

It must be a multi-faceted awakening, beginning with an awakening of our conscience and of our spiritual and moral bankruptcy.

Nothing less than radical, dramatic change will turn the tide.

The words I wrote to followers of Jesus in 2000 are all the more relevant today: “Fellow-soldiers, holy servants of the risen Lord, blood-bought disciples of the Master, heed the call. It’s now or never, time to put up or shut up. Either we take a stand once and for all or forever we hang our heads in shame. History is awaiting our move. So … on with it! Let’s start a revolution.”

In the new edition of Revolution, I simply changed the last sentence. It now reads, “Let’s give ourselves wholeheartedly to a Jesus revolution.”

Do we really have a choice?