Theological Antisemitism at Home in the Presbyterian Church 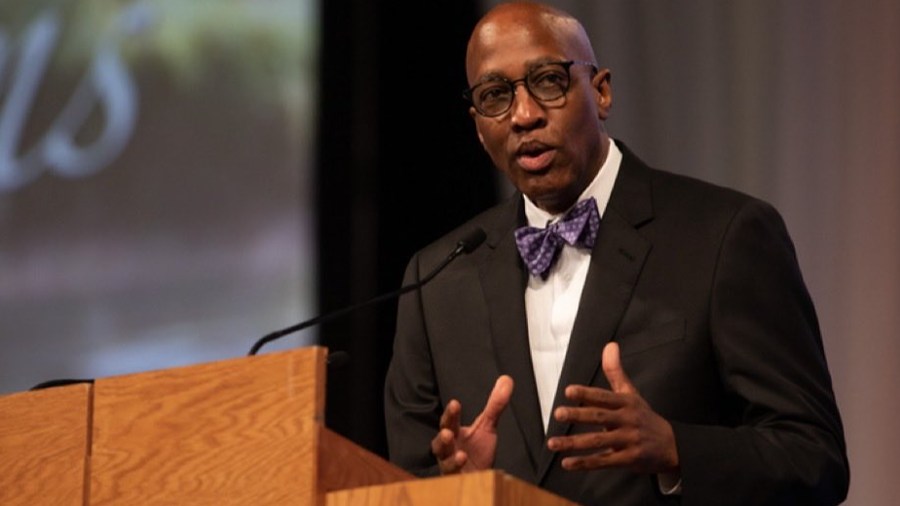 In a recent statement published on the annual celebration of Dr. Martin Luther King Jr.’s life, Rev. Dr. J. Herbert Nelson, II, Stated Clerk of the General Assembly of the Presbyterian Church (PCUSA), not only misrepresented and defamed Dr. King’s legacy, but he did so using some of the most vile antisemitic tropes, singling out the Jewish people and Israel.

In his statement, Dr. Nelson wrote of Dr. King’s legacy and overcoming societal inequities in the U.S. and all over the world. Listing a broad range of social problems, Dr. Nelson then seamlessly pivoted into antisemitic lies, mentioning only Israel in a whole world of injustice.

“The continued occupation in Palestine/Israel is 21st-century slavery and should be abolished immediately. Given the history of Jewish humble beginnings and persecution, there should be no ambiguity as to the ethical, moral, and dehumanizing marginalization and enslavement of other human beings. The United States of America must be a major influencer of calling this injustice both immoral and intolerable. I … hope that the Jewish community in the United States would influence the call to join the U.S. government in ending the immoral enslavement.”

No Slavery in Israel

In fewer than 100 words, Dr. Nelson crossed about every red line imaginable. First, there is not only no slavery in Israel, but Israel is the only country in the world to ever rescue black Africans from persecution to freedom. Israel is a beacon for black Africa with tens of thousands of refugees streaming into Israel to find a life away from persecution in their countries.

Days after an antisemitic hostage event in a Texas synagogue, Dr. Nelson doubled down on the notion of Jewish influence and conspiracy theory which drove the Texas terrorist. How many others will be inspired by Nelson’s antisemitic stereotype?

Referencing “occupation in Palestine/Israel,” Dr. Nelson crosses another line suggesting that Israel has no legitimacy, and should be “abolished.”

King Was Pro-Israel and Pro-Zionism

Voicing this as he did is bad enough. Doing so on the day on which we celebrate Dr. King’s legacy could not be more egregious and dishonest, misrepresenting and tarnishing Dr. King’s actual beliefs. Dr. King was unambiguous in his understanding of Israel’s significance theologically, and said so on multiple occasions:

How easy it should be to understand and support the right of the Jewish people to live in their ancient Land of Israel. All men of goodwill exalt in the fulfillment of God’s promise that His people should return in joy to rebuild their plundered Land. This is Zionism. Nothing more and nothing less.” And noting Israel as a beacon of democracy, the antithesis of slavery, he said, “Peace for Israel means security, and we must stand with all our might to protect its right to exist, its territorial integrity. I see Israel as one of the great outposts of democracy in the world, and a marvelous example of what can be done, how desert land can be transformed into an oasis of brotherhood and democracy. Peace for Israel means security and that security must be a reality.

As if he were rebuking Dr. Nelson directly, Dr. King was succinct, “When people criticize Zionists, they mean Jews; you’re talking antisemitism.”

Of all the injustice in the world, the PCUSA statement uniquely singles out alleged injustice only in Israel, doing so in a way that’s dishonest. Israeli Arabs are not only not enslaved, they are thriving, full equal citizens, leaders in many areas throughout Israeli society. There is no case, ever, anywhere, that a slave was exalted to be member of the parliament of the enslaving society, a judge on its Supreme Court, as media personalities, doctors, lawyers and even in the military.

The unresolved conflict in parts of the Biblical Land of Israel that Nelson calls “occupied” disregard the fact that for decades there have been peace offers and territorial compromises on the table which the Palestinian Arab leadership has rejected, one after the other. Not only that, Palestinian Arabs supported and heralded as heroes commit daily acts of terror against Israelis. That’s too inconvenient an injustice for Dr. Nelson to acknowledge, not to mention the anthesis of Dr. King’s non-violence.

Among the responses to the PCUSA statement, the Kentucky Jewish Council sent an unanswered letter to Dr. Nelson. They “condemn(ed) the libelous, deeply antisemitic letter (whose) singular focus is on Israel while ignoring genuine human rights abuses around the world from the Uyghur genocide in China to…international terror by Iran show(ing) that your focus rather than on civil rights is on the Jewish people. (Using) Dr. King‘s name and legacy (like this) is a treacherous betrayal of his memory.”

Signed by Rabbi Shlomo Litvin, the letter concludes, “These words of division and bigotry have no place in our beloved community that Dr. King sought to build, and I urge you to retract them and to repent from the prejudice with which it was written.”

As Spiritually Vacant as Its Pews

Over the last decade, PCUSA has suffered a sizable decline in its churches, and membership. Perhaps this is because people realize PCUSA is as spiritually and theologically vacant as its pews, or perhaps it is the affirmation of God’s clear statement that He will curse those who curse Israel. Of course, we are not God, but we also don’t believe in coincidences.

PCUSA spins its decline in a positive way, showing “no change in decline rate for membership” which essentially acknowledges that it is a sinking ship. When asked why their churches are disaffiliating with PCUSA, one main reason cited is PCUSA ministers regularly suggesting that the Bible is fiction. And if the Bible is fiction, then the biblical promises to Israel are fictional as well.

PCUSA has seen a decline in membership of more than 15% since 2016, slightly outpacing the drop in the number of PCUSA affiliated churches with a more than 10% decrease in the same period. It’s not surprising then that the total number of “professions of faith” in PCUSA has dropped, by more than 50%.

In 1987 PCUSA acknowledged its long history of Jew hatred and their complicity in crimes against the Jewish people, and sought to repent. It seems that PCUSA still has some repentance to do.

Jonathan Feldstein is President and CEO of the Genesis 123 Foundation and Run for Zion.

Michael L. Brown, Ph.D., is host of the Line of Fire radio broadcast and author of Resurrection: Investigating a Rabbi From Brooklyn, a Preacher From Galilee, and an Event That Changed the World.