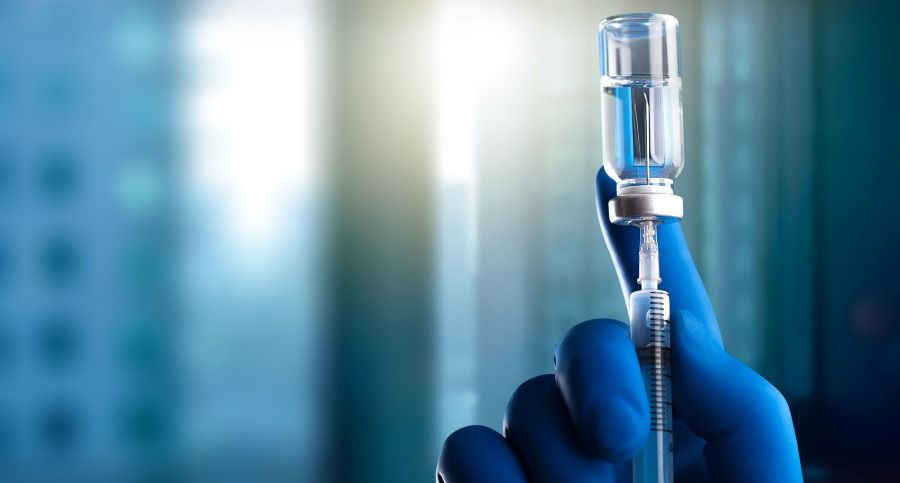 Starting this month, if you want to visit the Vatican as a tourist, let alone work or live there, you must be fully vaccinated against COVID-19.

Pope Francis issued that order Sept. 18, and it took effect Friday. The order includes any churches the Vatican operates in Italy.

“These provisions,” the order states, “apply to citizens and residents of the (Vatican) State, personnel in service of any sort of the Governorate of the State of Vatican City and of the various bodies of the Roman Curia and the institutions connected to it, to all visitors and users of services.”

Tourists entering the Vatican must provide vaccination proof through the digital Green Pass, which monitors vaccination status. Ironically, Italians have been protesting the Green Pass for months. As The Stream reported, some even burned their paper vaccination passports.

Yet by joining authorities’ demands worldwide for vaccine passports, Pope Francis follows a dangerous trend. Christianity’s most recognizable figure is embracing the idea of the unvaccinated not just as second-class citizens, but as lepers or “untouchables.”

Back to the Future

For the “untouchables,” the social stigma became paralyzing.

“In many cases, they were segregated in hamlets outside the town or village boundary,” Encyclopaedia Britannica states. “They were forbidden entry to many temples, to most schools, and to wells from which higher castes drew water. Their touch was seen as seriously polluting to people of higher caste, involving much remedial ritual. In southern India, even the sight of some untouchable groups was once held to be polluting, and they were forced to live a nocturnal existence.”

Lepers faced similar segregation, including burial in separate cemeteries. During the Middle Ages, lepers either had to wear special clothing or carry noisemakers to warn others. Art from the 14th century shows two lepers being denied entrance to a walled town. One wears a special gown and holds a rattle.

“Typically, medieval communities saw people with this disease as untrustworthy, wrathful, unclean, hopeless and suspicious,” wrote Herbert C. Covey, a sociologist and historian. “Communities blamed them for social and economic calamities. Medieval citizens feared the person with leprosy out of uncertainty, misinformation, self-preservation and ignorance.”

So how far have we sophisticated and compassionate moderns come from those days of ignorant superstition?

Consider Los Angeles City Attorney Mike Feuer: “Those who reject that responsibility should temporarily lose some of society’s privileges until their reckless behavior no longer endangers the rest of us.”

Consider Joe Biden: “Look, the only pandemic we have is among the unvaccinated.”

Consider Pope Francis: “There’s a sort of suicidal denialism at play that I can’t explain. Today, you should take the vaccine.”

Consider the mandate California Gov. Gavin Newsom issued Friday. All students from kindergarten through high school must get shots to attend classes in person. The mandate is the first of its kind in the nation.

Consider Australia’s tyranny. The government banned anti-lockdown protests in Sydney and Melbourne, the nation’s two largest cities. Police and military brutally suppress any large gatherings. Police and military also go door-to-door to enforce lockdowns. The state of South Australia designed a smartphone app requiring owners to identify themselves and their surroundings within 15 minutes after receiving a random text. Authorities are even building quarantine camps with as many as 3,000 beds.

Consider the fact that if public health was the real issue, all the autocratic hysteria would be unnecessary.

The Power of Hysteria

Unlike leprosy, which persisted until the 20th Century, COVID-19 doesn’t have to be a lingering problem. Numerous scientific studies and data from around the world show that therapeutics like Ivermectin and Hydroxychloroquine can treat the disease effectively. Yet despite scientific evidence, the powers-that-be display contempt for both drugs and for anyone who advocates them.

Hysteria is powerful. Authorities can use it to manipulate their citizens. Hysteria serves to squelch thoughtful opposition and inconvenient facts. Hermann Göring described how it works. While being tried for war crimes after World War II, Göring was asked how a nation’s leadership could bring its people to war.

“That is easy,” said the former chief of Germany’s Luftwaffe. “All you have to do is to tell them they are being attacked, and denounce the pacifists for lack of patriotism and exposing the country to danger. It works the same in every country.”

When it comes to the pandemic, the unvaccinated aren’t “traitors” or “pacifists.” They’re “science deniers,” “flat-earthers,” “anti-vaxxers,” “selfish” and more.

Graft Makes the World Go ‘Round

California’s Democratic legislators can answer that question. Before the Legislature adjourned last month, Democrats in the body’s lower house, the Assembly, tried to rewrite a bill regulating telephone medical services. The new bill would require businesses to demand that customers, employees, apprentices and interns get vaccinated.

The bill, which has been tabled, specifies the “Pfizer-BioNTech, Moderna, and Janssen vaccines” as effective. When was the last time a proposed bill provided advertising for private businesses? Perhaps more importantly, how much did it cost?

Gladys Berejiklian, the former premier of New South Wales in Australia, also might provide an answer. Berejiklian, a member of the Liberal Party, resigned Friday in the midst of a corruption investigation.

Clive Palmer, who leads the United Australia Party, believes he knows why. He shared his opinion Sept. 14.

“A particular lobbyist who controls the Liberal Party in Sydney has told her that the only way she gets out of that inquiry is if she pushes the double jab,” Palmer said about vaccination. “His clients are AstraZeneca and Pfizer. She’s being directed by a lobbyist who is being paid by AstraZeneca and by Pfizer tens of millions of dollars to make sure the vaccine is pushed.

“Both Pfizer and AstraZeneca would not allow their products to be sold in Australia unless the Australian government gave them full indemnity. If they killed anyone or maimed them, they wouldn’t be responsible. The government would be. That’s my personal knowledge.”

Not even Pope Francis is immune. As The Stream reported, the Vatican held a three-day conference in May on health care, emphasizing COVID-19. A major sponsor was Moderna, which makes one of the experimental mRNA vaccines. Indeed, Moderna’s CEO, Stephane Bancel, spoke on applying “this next-generation technology to a range of diseases,” the conference’s program stated.

Nowhere did the conference address Ivermectin, Hydroxychloroquine or any other ways to treat COVID-19.

And to think that Jesus broke major social and cultural norms to heal a leper merely by touching him.