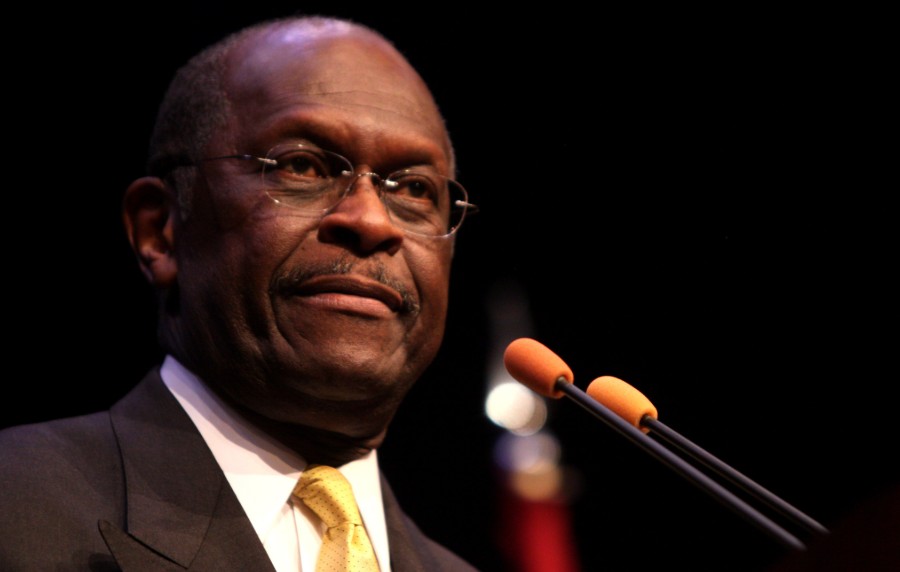 I’ve been searching for a metaphor for today’s leftist establishment. Sometimes it seems like a corrupt church, as when it hunts for heretics. J.K. Rowling could speak to that.

At others it’s more like a nasty 17th century town, when it’s fanatically hunting for witches — and accusing critics of witch-hunting of (you guessed it) being … witches. For that one, speak to doctors who dissent from the penis-snipping, breast-cutting, teenager poisoning pseudo-science of “gender transition.”

On still other occasions, the left is more like The Borg on Star Trek, announcing in an inhuman drone of bloodless self-confidence: “You will be assimilated.” That’s the tone used when social media leviathans inform private citizens that their speech has been restricted or simply silenced. They get a boilerplate explanation and no real chance to appeal. That’s what happened to Mike Cernovich, when Amazon canceled his media bias documentary Hoaxed.

When things go well for the left, it behaves like a school of piranhas, converging with icy precision on the site where one scented blood. Mike Adams could tell you all about that, if he were still alive.

From Piranhas to Baby Seals

When the left hits a wall, on the rare occasions when courage and luck combine and its tactics fail? Then we hear a chorus of whimpering like terrified baby seals, as the predators switch in an instant into hapless, innocent victims. Recall the primal screams aimed at the sky, the collective mental breakdowns that began around 10 p.m. election night in 2016, and continued for several weeks.

Perhaps the left at its worst is its bloody-beaked buzzard mode, as with cold triumph it pokes around in the entrails of the fallen. That’s what Chris Cuomo showed us in his comments on the death of self-made black entrepreneur and former presidential candidate Herman Cain.

The virus is rapidly swallowing us, all colors, all stripes, all creeds. It just took a former presidential candidate, Herman Cain. Yes, he supported the President. The President says he was a good friend of his. … I wish that this President have no peace until he thinks about what he’s exposing people to. He didn’t even mention that Mr. Cain was at his rally among the masses right before he was diagnosed.

Now, maybe he didn’t get it there. Sure, as hell didn’t help. May Herman Cain rest in peace. He fell ill not long after that rally in June, the one in Tulsa, Oklahoma. You see him not wearing a mask. How many lives do we have to lose, how many have to be sick, how many have to have their lives changed?

Cuomo wasn’t alone. The friends of Mr. Cain who run his website were so inundated with outright gloating by Trump-hating ghouls they felt the need to interrupt their mourning and post a response.

There were a lot of people online yesterday claiming that Herman had this coming because he claimed COVID was a hoax, and he dismissed the importance of mask-wearing and social distancing. None of that is true.

First of all, Herman certainly never said COVID was a hoax. (And for the record, neither did the president. What he said is that Democrats and the media would perpetrate a hoax by lying about the administration’s response to the virus. He never said the virus itself was a hoax.)

It seems remarkable, and not in a good way, that I should have to go through all this today in response to such cruelty concerning Herman’s passing. No one deserves to die because of an idea they expressed, or an opinion they held. No one’s death should be mocked or snickered at because they disagreed with the mocker about something.

We’ve always had a rule on this site – and on our social media – that when we report news about a person on the left being sick or dying, we will not allow comments of any kind apart from well-wishes. We go through these comments and if we find any, we ban people. (Don’t go combing through them looking for evidence that we didn’t. I’m sure we missed a few.) This is because – again to use Rob’s term – we refuse to be ghouls. Once your politics has driven you to that, you need to step back from it.

We don’t root for people to die because there’s some political advantage to be gained from it, and we don’t applaud when they do. Death hurts people. It devastates families and breaks children’s hearts. Nothing you want out of politics is worth that.

Staggering. Just staggering, that the friends and survivors of a highly successful black American businessman and public figure who just died would have to contest the fact that he somehow “deserved” his fate. But not surprising. You see, Herman Cain was a conservative, and hence an enemy. Not a fellow human being, or fellow citizen, as even the most fervent pro-lifers treat Ruth Bader Ginsburg. A pinata, a punching bag, and now that he’s dead, to some a notch on their belts.

Chris Cuomo really doesn’t object to older people with underlying conditions getting infected with COVID and dying. What really gets his goat is when they get to choose if they’re subject to COVID.

Herman Cain had recently been diagnosed with Stage Four colon cancer. He knew that his risk of dying if he contracted COVID was much higher than most people’s. But he chose to spend the time he had left in the field he’d chosen: constructive politics, in service of his country. Having watched two parents die horribly of cancer, I can tell you that if I got such a diagnosis (as I likely someday will), I wouldn’t have been sitting inside cowering to avoid a virus like COVID — which might cut my suffering short. I would have chosen to go out pressing the flesh, not wasting away on a morphine drip.

You know a fate I’d desperately hope and pray to avoid? Being locked up with no escape, no access to friends or family, clergy or consolation, in an isolated nursing home. Then being exposed against my will, without even my knowledge, to patients with a deadly disease that could cut my life short by years, at the behest of some faraway governor. Especially if that governor had carefully made sure that his own elderly mother was safe and sound, far from danger. That’s what Andrew Cuomo did to tens of thousands of New Yorkers, with Chris Cuomo’s support. Neither has expressed the slightest regret for that deadly decision.

So it seems that Chris Cuomo really doesn’t object to older people with underlying conditions getting infected with COVID and dying. What really gets his goat is when they get to choose if they’re risking exposure. If they’re helpless, passive victims of a bureaucratic decision? Then they can die by the boatload, and their bodies be trucked off and burned, without any funerals.

No Room for Herman Cain, or You or Me

But God forbid a senior decide to take risks with his remaining time on this earth, and use it to serve his country and the values he believes in. That’s the kind of behavior the Cuomos won’t put up with. No wonder Andrew Cuomo said that New York is no place for pro-lifers, gun-owners, or Christians.

If Joe Biden wins in November, will America be such a place?

Herman Cain, go with God. You deserve better than this.