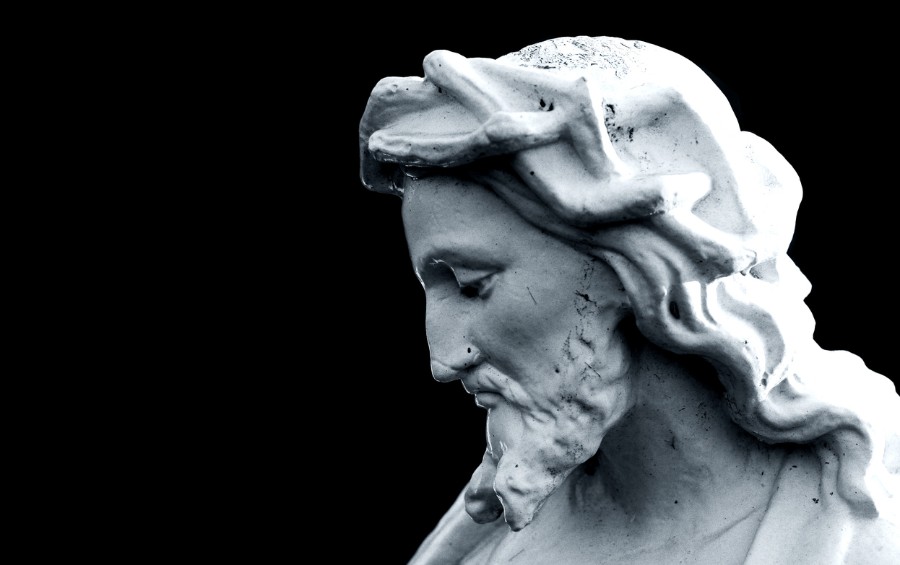 What, exactly, did Jesus look like? Was he black? Brown? White? Red? Yellow? We know that he was a first-century, Galilean Jew. But, beyond that, no reliable description of his appearance has been left for us.

There is a statement recorded in the Mishnah, the earliest code of Jewish law (compiled roughly 220 A.D.) attributed to Rabbi Ishmael, who lived from 90-135 AD. He said, “The children of Israel … are like boxwood, neither black nor white but of an intermediate shade” (m. Negaim 2:1).

So, according to a rabbi who lived within one century of Jesus, the Israelites are “like boxwood,” neither black nor white but somewhere in between. This would be in keeping with other Middle Eastern peoples of the past and present.

As for the notion that Jesus was black, based on Revelation 1:14-15, that is a complete misreading of the text. Describing John’s vision of a glorious Jesus, the text states that, “The hair on his head was white like wool, as white as snow, and his eyes were like blazing fire” (Revelation 1:14).

But the text does not say that Jesus had wooly hair. Rather, it pictures his hair as “white like wool, white as snow.”

That being said, Jesus was certainly not white. (For the record, many translations of the Bible, including the King James Version, render Revelation 1:14 with, “His head and his hairs were white like wool, as white as snow.” From this you could argue that Jesus was lily white, since it says his head was white. That, too, is a gross misunderstanding.)

How, then, did we end up with a white Jesus in Europe and America?

There are two answers to this question, one quite innocent and the other not nearly as innocent. (You might be in for a surprise. Keep reading!)

Every Culture Wants a Jesus Who Looks Familiar

This is no surprise. After all, according to the gospel, the Son of God took on human flesh and became one of us. It’s only natural that we envision him to look like us.

Back in the 1970s, I attended a black megachurch in Brooklyn with a friend I had met in college, himself an African American.

The first thing that struck me was the mural on the wall, depicting Jesus and his disciples as black.

When I asked my friend about it, he said to me, “When you look at a class picture, what’s the first thing you look for? It’s your own face in the crowd. It’s the same with people coming here. They’re looking for a Jesus they can identify with.”

That’s also why many pictures and statues of Jesus depict him as white. The white artists conceived of a Jesus who was just like them. That’s also why some of the medieval depictions of Jesus portrayed him and his followers as wearing medieval garb. That was the garb that they knew.

The problem is when that image is now exported to other cultures, and so the Jesus we preach in India or Africa is a white Jesus. That can lead to spiritual and cultural confusion, especially if the white race is also associated with conquest and colonization. Now the issue becomes thornier. (To help you relate to some of the challenges, if you’re a white Christian, ask yourself how you would relate to a black Jesus. Or an Indian Jesus.)

We Forgot Jesus is Jewish

This was graphically illustrated by Prof. Bernard Starr in his book Jesus, Jews, and Anti-Semitism in Art: How Renaissance Art Erased Jesus’ Jewish Identity & How Today’s Artists Are Restoring It. (For relevant articles by Starr, see here and here.)

Starr pointed to famous medieval and renaissance paintings of Jesus, where he was depicted as a handsome, fair-skinned, Gentile European, surrounded by devilishly-ugly, hook-nosed Jewish teachers. Those evil Jews!

If you think I’m exaggerating, just look at this one painting, Christ Among the Doctors, by Albrecht Dürer. (By “doctors” Dürer meant “doctors of the law,” as in rabbis and Jewish teachers.)

Interestingly, Starr also pointed to artists in Africa and other dark-skinned cultures who depicted a dark-skinned but also non-Jewish Jesus. How interesting!

So, a major reason that white artists depicted Jesus as white was because they forgot about his Jewish (and Middle Eastern) roots. Not only so, but since the Jews were viewed as demonic and evil, Jesus had to be different than them, hence a white, non-Jewish Jesus. (Or, in other cultures, a black, non-Jewish Jesus.)

Are You at Home With Yeshua — a Rabbi and the Jewish Messiah of the Scriptures?

BLM activist Shaun King, who ridiculously called for the removal of statues depicting a white Jesus, tweeted, “Experts have long since said this is likely the most accurate depiction of Jesus.

“White Americans who bought, sold, traded, raped, and worked Africans to death, for hundreds of years in this country, simply could not have THIS man at the center of their faith.”

King included in his tweet an image created in 2001 by forensic anthropologist Richard Neave. As the BBC reported, Neave “created a model of a Galilean man for a BBC documentary, Son of God, working on the basis of an actual skull found in the region. He did not claim it was Jesus’s face. It was simply meant to prompt people to consider Jesus as being a man of his time and place, since we are never told he looked distinctive.”

So, contrary to King’s claim, this is not what, “Experts have long since said … is likely the most accurate depiction of Jesus.”

This is simply a 2001 image created by one expert, and it was not of an African man but of a Galilean Jew.

As the BBC also noted, “And what about Jesus’s facial features? They were Jewish. That Jesus was a Jew (or Judaean) is certain in that it is found repeated in diverse literature.”

This is also a great question for Christians worldwide. Do you follow the Jesus-Yeshua of the Scriptures or a Jesus whom you have created in your own image?