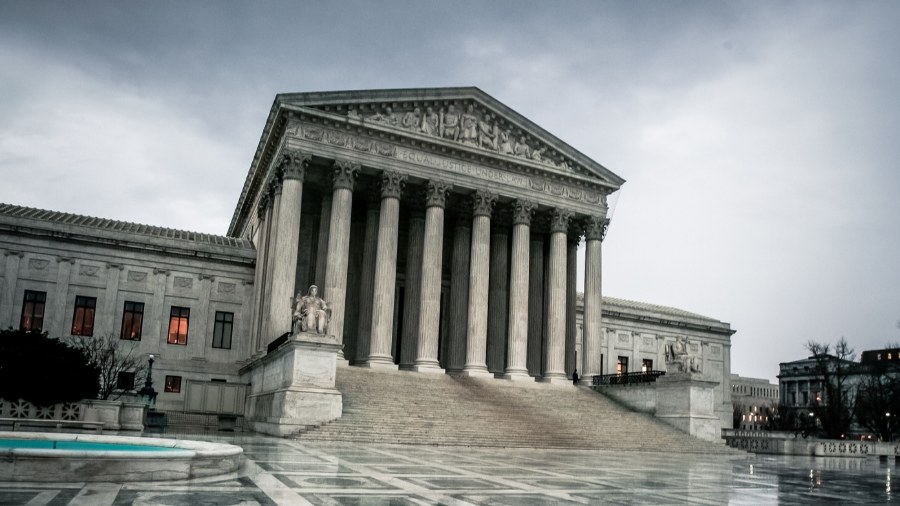 One of the most substantial issues of Election 2020 is the Left’s pledge to pack the Supreme Court if they win, a scheme neither Joe Biden nor Kamala Harris will disavow. Most people don’t realize how seriously this could undermine our entire democratic republic.

In one fell swoop, they could undermine the United States, which President Lincoln labeled the “the last best hope of mankind.”

The founders gave us checks and balances in the government so that no one group would have too much power.

But we have already seen in the last half of the last century an abuse of power by one branch of government, the Supreme Court — until (for the most part) William Rehnquist became Chief Justice in 1986, thanks to Ronald Reagan. Rehnquist was able to at least slow the tyranny to some degree.

Running Contrary to the Will of the People

The Supreme Court has made many key decisions impacting our lives in ways that ran contrary to the will of the people.

Now that the Senate is presumably poised to confirm, as the next Supreme Court Justice, the brilliant, unflappable, role-model-of-a-human-being named Amy Coney Barrett, the Left threatens that if they win the election, they will pull out all the stops to add more members to the Supreme Court, commonly known as court packing.

This would buck a trend from the last 152 years of the court consisting of nine members, and ensure that they have an overwhelming majority on the Left that could do the Left’s bidding for years to come. Even the liberal icon, FDR, tried to pack the court — turning a fawning electorate against him on that point.

A colleague of mine, speaking of the U.S. Supreme Court (SCOTUS), told me:

The SCOTUS already wields outsized power because it has become a lawmaking body rather than an umpire. Packing the court would simply ensure that this lawmaking power remains in liberal hands. Originalists like Amy Coney Barrett (and Justice Antonin Scalia before her) want to return the SCOTUS to a proper position of interpreting law rather than making it.

It’s two fundamentally different approaches. Packing the Court wasn’t necessary for judicial activism on steroids when the Left held the majority. The Left wants to pack the court because they see the court as a way of accomplishing political ends without having to actually do the work of convincing the electorate.

So much for “we the people.”

A Warning Against the Accumulation of All the Powers

James Madison — a key architect of the Constitution — was taught well by the Presbyterian minister, Rev. John Witherspoon, the Scottish president of Princeton, on the sinfulness of man. Madison said, “All men having power ought not to be trusted.” He and the other founders carefully worked to separate power into separate branches — not allowing any one of them to lord it over the others.

The idea that the courts would rule our lives in the first place was anathema to early generations of Americans.

Of course, the three branches are the legislative (comprised of the House and Senate), the executive, and the judicial — as opposed to what AOC (Congresswoman Alexandria Ocasio-Cortez) said: the three branches are the president and the House and the Senate. The court packing scheme would ensure that the SCOTUS becomes a super-legislative body of the Left.

Madison warned us, “The accumulation of all powers, legislative, executive, and judiciary, in the same hands, whether of one, a few, or many, and whether hereditary, self-appointed, or elective, may justly be pronounced the very definition of tyranny.” Packing the court would have that effect.

We Can Stop This

The idea that the courts would rule our lives in the first place was anathema to early generations of Americans. Even four score years into the republic, President Lincoln said in his First Inaugural Address (1861), that if we accept the premise that the Supreme Court would make “irrevocably fixed” decisions contrary to the will of the people, then “the people will have ceased to be their own rulers.”

Court packing is dangerous to the health of the republic and undermines our system of self-government.

If enough Christians and people of good will vote in a way that reflects Biblical and traditional American values, we can stop this unhealthy scheme of the Left.

Editor’s Note: For more info on court packing, see our Foundations piece, “What is ‘Court Packing’ and Why is it a Significant Issue?“