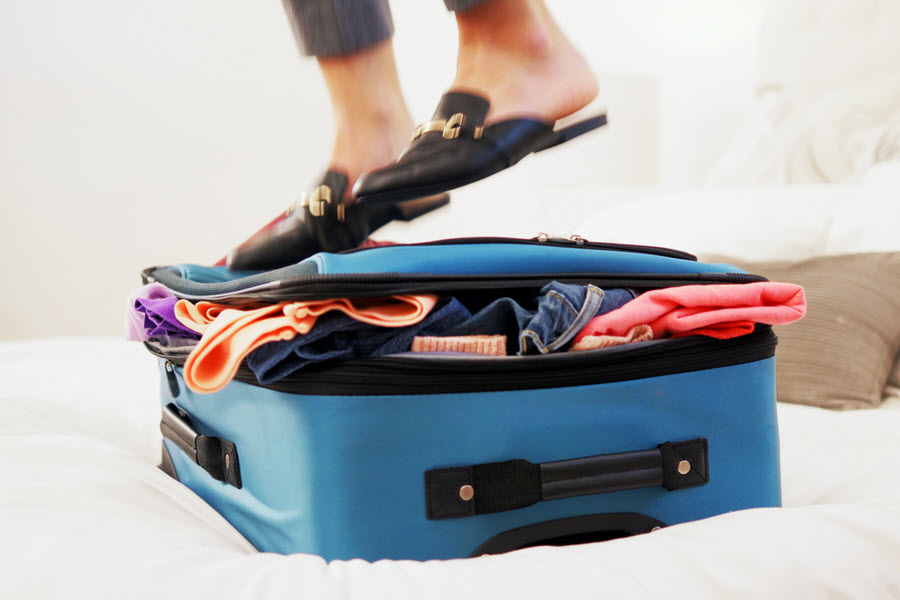 “Court Packing” hardly seems like a notable issue for our Foundations series. It’s become a major talking point for this year’s election, however, and the implications of any political party advocating for it are frightening. Thus, it demands our attention.

The term refers to the U.S. Supreme Court. It’s a bit of a misnomer, as it seems to imply that a president will do his best to fill as many seats as possible with judges who favor his own political leaning. Sort of like packing a suitcase for a long trip. The size of the suitcase limits the number of clothes you can stuff inside.

That’s not actually what the term has come to mean, however. The question currently being discussed has to do with actually expanding the number of judges on the Supreme Court. Back to our analogy, that wouldn’t mean packing more into the suitcase. It would mean getting a bigger suitcase!

More Than a Theory

Here’s the real scenario that’s playing out in front of us. President Trump has appointed a near-unprecedented number of judges in a single term. His appointment of conservative, originalist judges has caused great fury from the Left.

The passing of Ruth Bader Ginsburg last month left yet another vacancy that the President can fill. President Trump was quick to appoint conservative Amy Coney Barrett, whose Christian faith was a famous sticking point for Democrats in her appointment to the U.S. Court of Appeals 3 years ago. As of this writing, she’s in the middle of a new and contentious confirmation hearing before the Senate.

Right now, there are 9 seats on the Supreme Court. Depending on who you ask, the 8 remaining judges are generally split, with 5 conservative justices and 3 liberal. Arguably it’s more of a 4-4 split, because Chief Justice Roberts, appointed by President George W. Bush, has very often sided with liberals in his decisions.

So how does “court packing” fit into this scenario? If the current Senate confirms Barrett, that would tip the scales in favor of conservatives to liberals, either 5 to 4 or 6 to 3, depending on how you count it. Either way, liberals will not be happy.

If Joe Biden is elected president, and if Barrett takes that 9th seat, he might fight to increase the number of justices. That’s the question under discussion now. Suppose we go with the 5-4 perspective. Biden could add 2 more seats raising the total 11, and then fill those seats with liberals. That would tip the scales back to liberals over conservatives, 6 to 5.

To understand what’s possible, likely, and legal, let’s do a quick history lesson. The U.S. Constitution gives the president authority to choose justices for the Supreme Court, but the number of seats on the court is decided by Congress. The Constitution itself doesn’t actually say how many Supreme Court justices there should be.

For the first several decades of our country, that number fluctuated. After much trial and error, Congress finally decided on 9 in 1860. That remained unchallenged until the 1930s. The country was still struggling to recover from the Great Depression, and FDR began pushing for additional judges to approve his “New Deal.” His court-packing attempt was roundly rejected, and in fact, the large Republican sweep of Congress the next year is often blamed on this. At any rate, the number hasn’t changed now in more than 150 years.

Congress, our legislative branch, could pass any law it wanted without fear of it being struck down as unconstitutional by the Supreme Court, our judicial branch.

Here’s the trouble, and why this is such an important issue to understand. Our Founders understood the need to keep our three branches of government separate. In fact, one of the major failings of the early French Republic was that there was no separation between the legislative and judicial branches. If court packing is allowed to happen in America, the effect would be that loss of separation. Congress, our legislative branch, could pass any law it wanted without fear of it being struck down as unconstitutional by the Supreme Court, our judicial branch.

Where We Stand at the Moment

Both presidential and vice presidential candidates Joe Biden and Kamala Harris continue to refuse to give a clear answer to the court packing question. Their silence has fueled a growing suspicion that, if elected, they would push to expand the number of justices. Biden’s most recent statement remains, “You’ll know my opinion on court-packing when the election is over.”

At the vice presidential debate a few weeks ago, Mike Pence, challenging Harris on her non-answer, said, “This is a classic case of, if you can’t win by the rules, you’re going to change the rules,” And just yesterday, GOP members of the Senate introduced a constitutional amendment that “the Supreme Court of the United States shall be composed of nine justices.” Which would eliminate any ability to pack the court.

The bottom line is this: the president, whoever that is, does not have the power to increase the number of justices on the Supreme Court. Only Congress can do that. But if a certain political party decides to make it happen, it would destroy the barrier between those making laws and those who decide whether those laws are constitutional. More to the point, it would invalidate the Constitution’s intent. It would make the Bill of Rights easy to dismiss. It would give too much power to one party.

This article is part of a new Stream series called Foundations. As we approach this year’s election, it appears that the most fundamental principles upon which the American republic was founded are being called into question. Foundations is a tool for pastors, teachers, leaders and all people of faith to learn why, from a Biblical view, we should continue to support the Constitution — with an emphasis on the First and Second Amendments — and wise policies that promote freedom. Visit the Foundations page to see all the articles in this series.