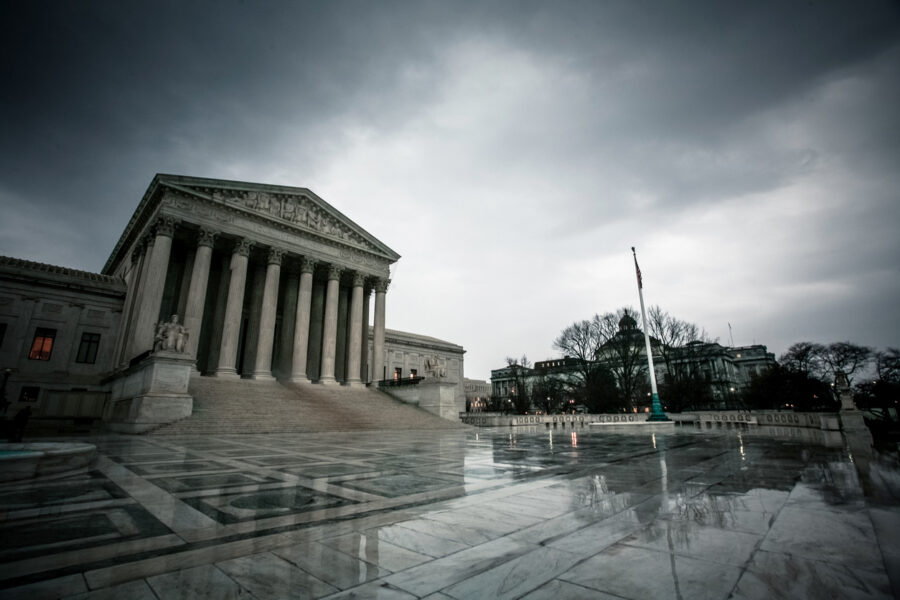 When Joe Biden ran for president, he all but outright promised that he would pack the Supreme Court. “You’ll know my opinion on Court-packing when the election is over,” he said openly. “The moment I answer that question, the headline in every one of your papers is going to be about that.”

As a lawyer who closely follows the Supreme Court, Court-packing has been at the forefront of my mind for years. I have long claimed that Court-packing will be the most important legal and political issue since the Civil War. Unfortunately, with Court-packing now more prominent than ever, most conservatives do not remotely grasp what it will mean — and are unprepared to try to stop it.

Conservatives Are Extremely Naïve About What Court-Packing Will Mean

As Court-packing finally begins to dominate the news, some self-satisfied conservatives have quipped that Court-packing will make little difference to the country. The Court is already a tool of the left, they sneer.

I will put my thesis clearly. If you believe a single thing that I say in this column, let it be this: you should put no stock, whatsoever, in what these conservatives are saying. The problem is not that they are overly negative. It is that they are almost unfathomably precious and naïve. They truly have no idea how much worse things could and will get.

Unlimited governments are the most horrific engine of human suffering that has ever existed — and Democrats are shamelessly trying to create one.

The heart of the problem seems to be that conservatives do not fully understand what the Supreme Court does. Most of us can only name a few Supreme Court cases — usually cases in which the Court has been accused of “legislating from the bench.” But these cases become famous because they are unusual. If you understood what the Court did the rest of the time, the idea that a packed Court will “legislate from the bench” would be the last thing you were afraid of.

The real threat of a packed Court is not what it will do, but what it will not do: perform its most important duty. In a society based on the rule of law, the job of an independent judiciary is to enforce the Constitution against the executive branch and legislature. Believe it or not, our Supreme Court does this most of the time. Conservatives simply tend not to hear about the cases that we win.

Without an Independent Supreme Court, No Enforceable Constitutional Rights Will Exist

Consider a few important examples. In the Heller and McDonald cases, the Supreme Court held that the Second Amendment protects individual firearms ownership. If these cases had been different by one vote, the Second Amendment would already be unenforceable in any U.S. court. Tomorrow, Congress could initiate a nationwide Red Flag List, boiling the frog through incremental gun confiscation.

And don’t forget the Speech Clause of the First Amendment. If the Court is packed, it is only a matter of time — probably much less than you think — until the Court holds that the First Amendment does not protect “hate speech,” however defined. The next time there is a sudden national psychosis, like we saw last year, instead of a wave of firings and censorship we may see a wave of criminal prosecutions or worse.

If you are waiting for the Democratic Party to issue a grand declaration that it has formally abolished the Constitution, Court-packing is the closest you are likely to get. It is the point of no return for republican government.

When FDR tried to pack the Court, the left-wing congressman Samuel B. Pettengill forcefully denounced Court-packing as a power that no bad man should have and no good man would want. Pettengill was on the right track. Unlimited governments are the most horrific engine of human suffering that has ever existed — and Democrats are shamelessly trying to create one.

If the progressive left proves capable of packing the Court, you should be under no illusions about what it will prove capable of doing with the power it will then wield. A packed Court will not produce what Rod Dreher has called “soft totalitarianism.” It will inevitably usher in totalitarianism of the ordinary kind.

Court-Packing Would Be a Coup Abolishing the U.S. Constitution and the States Should Treat It As Such

Throughout US history, the size of the Court has changed for territorial and administrative reasons. But never before have the president and legislature enlarged the Court to seize political control of it.

Conservatives concede far too much when they suggest a constitutional amendment limiting the Court to nine justices. Those who push this proposal seem to be implicitly conceding that Court-packing is technically legal. In fact, it would abolish the entire structure of the Constitution.

Simply skim the U.S. Constitution and you will see what I mean. Articles I, II, and III each create a distinct branch of government, with each Article enumerating separate powers. Article III creates the Supreme Court and gives it the unique power to decide legal cases “arising under this Constitution.”

In other words, the entire structure of the Constitution assumes that the Court is an independent branch of government—not a mere tool of the party that has majoritarian control at any given moment.

If the Court is packed even once, there is no going back: a ruling party will be able to unilaterally remake the Court to its liking at any time. The Supreme Court will never again be able to check the power of a united President and Congress.

As a result, the meaning of the Constitution will no longer be meaningfully litigated by adverse parties in the courts. Instead, it will be unilaterally decided by the very people it is meant to check and restrain. Instead of a three-part government, we will have a binary government.

Only the States Have the Political Power to Avert Court-Packing

What are our options to stop Court-packing? I will suggest two. The first is the simplest: ordinary Americans make as much noise about Court-packing as possible. Court-packing is a highly attractive strategy for progressives precisely because most Americans, and even some high-profile conservatives, are too ignorant of civics to understand what it means. It would abolish the Constitution without alerting most people to what was happening.

To take this advantage away from progressives, Americans who value liberty must shout about Court-packing from the rooftops with whatever platforms are available to us. Americans must declare that we will recognize Court-packing as a coup overthrowing the legitimate republican government of the United States. If enough noise is made against Court-packing that most Americans grasp its significance, then its primary attraction to progressives will be taken away — and they may back down in favor of a less dangerous strategy.

Pressure alone, however, may not stop Court-packing. We must immediately begin preparing for a second option. If the left proceeds with Court-packing, a large group of states must file suit in the Supreme Court and seek an injunction blocking the additional appointments. I will briefly explain why this strategy makes both legal and political sense.

The states’ argument in this suit will have two basic parts. First, the states will point out that they are subject to the federal government because they ratified the Constitution. As James Madison wrote in Madison’s Report of 1800, “the Federal powers are derived from the Constitution, and… the Constitution is a compact to which the states are parties.”

Secondly, when the states ratified the Constitution, they agreed to be subject to the form of government it creates: a three-part government with certain powers reserved for the judicial branch. They did not assent to a binary government in which the judiciary can be arbitrarily remade at any given moment.

To reduce the judiciary to the role of a mere functionary, at the constant whim of the majority party, would be to impose a fundamentally new form of government on the states. This would be a gross violation of the compact that the states created.

The Roberts Court may well grant this injunction. As I have argued in the past, many of Chief Justice Roberts’ most controversial actions have been guided by his justified fear of Court-packing and the suffering it would inevitably produce.

Like the first option, this strategy could potentially take the primary attraction of Court-packing away from Democrats. If the Court is packed in defiance of a Supreme Court injunction, progressives will be unable to disguise the fact that what they are doing is a coup. It is possible that they may back down, giving the country more time to devise other means of accommodating our differences.

Unless you live in a deep blue state, it is past time to begin a relationship with elected officials in your state government. Warn them about the grave danger posed by Court-packing and urge them to begin immediately preparing your state to be a plaintiff in the inevitable litigation. Only one thing is certain: there is no future for constitutional rights in America that does not involve a central role for state politics. It is now more important to know the names of state representatives than congressmen.

For what it’s worth, I do not think Court-packing will happen tomorrow. My educated guess is that Nadler’s current push to pack the Court is designed mostly to give Biden a fig leaf. The idea is that when Biden eventually moves to pack the Court, he will be able to pretend that he is a moderate caving to pressure from his party’s left wing, not a malevolent ghoul who has sought to pack the Court from the beginning.

Whenever a serious putsch comes, however, we can be sure it will be sooner than we expect. If there was ever a time for you to speak up and become involved in state politics, it is now.

These two tactics may or may not work. But it is our God-given duty to do everything we can to avoid both the suffering of civil conflict and the far worse suffering of totalitarian power. As Ezekiel 3 explains, we are morally accountable when we fail to warn others from wickedness. The country is now approaching a precipice of wickedness from which no republican government has returned.

Ian Huyett is a litigation attorney and an editor at Staseos. He has published several academic articles on law and religion, including most recently How to Overturn Employment Division v. Smith: A Historical Approach with Regent University Law Review.