Biden announced a new “domestic terrorism unit” to "thwart the rise of home-grown extremism.” But is he ignoring the real threats? 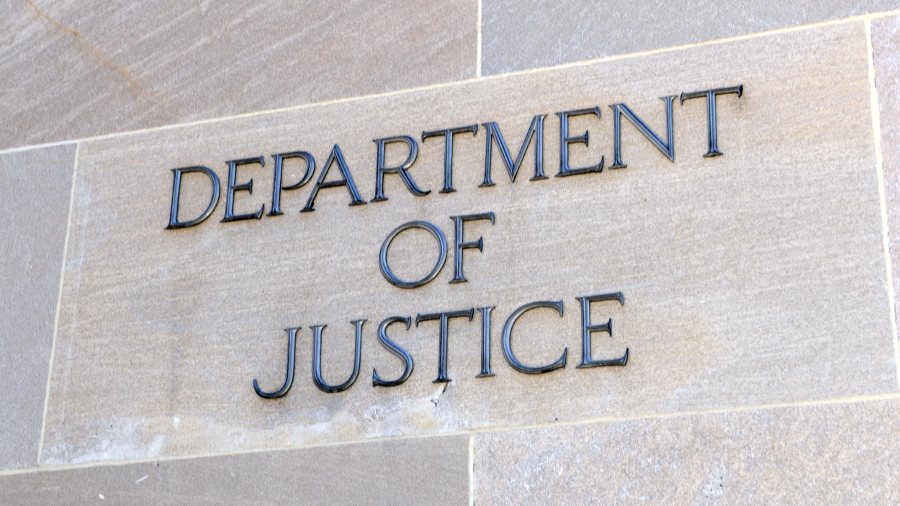 Historical Analogs: Imagine, If You Will

Constantinople, May 26, 1453. Byzantine Emperor Constantine XI held his daily press conference. Top issue? The creation of a new “counter-Crusader” unit. This will root out domestic extremists sympathetic to Western Christians. One reporter asked whether the massive Ottoman armies besieging the city might be a greater threat. “Not at all,” Constantine replied. “The Imperial Guard knows the real problem. White Christians from Europe. The ones loyal to the Bishop of Rome.”

Khartoum, Sudan, January 23, 1885. Governor-General Charles Gordon telegraphed a message to his superiors in Cairo. In it he downplayed the 50,000 hostile Mahdists outside Khartoum. The greater danger? Opponents of tax and slavery reform. “Pay no attention to the apocalyptic legions outside the walls. Resistance to my progressive administration is the real problem. White Ottoman officials in particular.”

(Khartoum was overrun by the followers of the Sudanese Mahdi on 26 January 1885.)

Washington, D.C., December 4, 1941. President Franklin D. Roosevelt, in his latest radio message, assured Americans they had nothing to fear from expansionist Imperial Japan. Instead, his Justice Department would focus on radical isolationists. Almost all of whom, FDR added ominously, were White. Like entitled Harvard student John F. Kennedy Jr. And football-addled Yale Law student Gerald Ford. “The actual enemies are homegrown extremists like them,” said FDR.

(We all know about Pearl Harbor….)

Of course, Constantine, Gordon and FDR weren’t really that stupid. Each recognized the true threats.

Joe Biden, however, is that clueless. Last week his increasingly inept Administration announced a new “domestic terrorism unit.” Its purpose? “Thwart the rise of home-grown extremism.” And “combat terrorists who originate from within the nation’s borders.” Biden & Co. are thus tripling down on trying to convince Americans that internal, “white supremacist” threats are our biggest terrorist problem.

He did so first in his belated 2021 State of the Union speech. And more systematically, if no more convincingly, in the subsequent “National Strategy for Countering Domestic Terrorism.” (Which I eviscerated here.) So this latest counter-terrorism initiative marks the third major attempt of the blind to lead the blind. Or perhaps to keep them blinkered.

Yet a mere three days after announcing this new department, reality reared its ugly, inconvenient head. A Muslim from Pakistan by way of Britain, Malik Faisal Akram, took hostages at a synagogue in Colleyville, Texas. The rabbi and others at Congregation Beth Israel were saved thanks to the FBI Hostage Rescue Team, who killed Akram.

His motive? The FBI initially said it was “unclear” and had nothing to do with anti-Jewish ideology. But after being mocked, the Bureau acknowledged the event as “terrorism” directed at Jews. And now two other people have been arrested in Manchester, UK, for alleged involvement. Why did a British Muslim of Pakistani birth fly to New York, then make his way to a suburb of Dallas-Ft. Worth? (How he managed to do so is another question.)

His Cause? ‘Lady al-Qaeda’

During the hostage incident, Malik Faisal Akram demanded the release of Dr. Aafia Siddiqui. Who is she? A Pakistani neuroscientist serving 86 years for assault and attempted murder of U.S. soldiers in Afghanistan. She is incarcerated at FMC Carswell, in Ft. Worth — just a few miles from Congregation Beth Israel. Siddiqui was born in Pakistan and educated in the U.S. (University of Houston, MIT, Brandeis Ph.D.).

After 9/11 she divorced her husband and became involved with al-Qaeda. She even married Amar al-Baluchi, nephew of 9/11 mastermind Khalid Sheikh Muhammad. Hence her nickname “Lady al-Qaeda.” She traveled back and forth from Pakistan to the U.S. many times, doing AQ’s bidding.

Eventually she showed up on the FBI’s radar. In 2008 she was arrested in Ghazni, Afghanistan, bearing documents detailing terrorist attack plans within the U.S. During interrogation, Siddiqui grabbed a guard’s weapon and attempted to shoot the Americans. She was extradited, put on trial in NYC, and sentenced in 2010. The Pakistani government and public opinion see her as set-up. Terrorist groups, notably AQ, view her as a martyr.

What are the odds that Malik Faisal Akram would have the resources to travel 4600 miles and serendipitously take hostages in a venue only a few miles from the location of an infamous AQ personality? You’d have a better chance of winning the lottery and being mauled by a polar bear. In the same day. Akram had help. And it from folks wearing turbans of kaffiyehs. Not MAGA or buffalo horn hats.

As noted earlier, the Biden Administration — with a great deal of help from the Democrat Party and the media — pretends as if white supremacy is our greatest threat. Perhaps some Executive Branch officials, Party members and journalists even believe that lie. Ignoring when someone lays out the inconvenient facts about the lethality and predominance of Islamic terrorism.

The Left — which includes now much of the Democrat Party and most of the media — have several propaganda methods for obscuring that data. One is to automatically define attacks by anyone adducing Allah or Muhammad as “mental illness.” Or “workplace violence.” Not due to Islamic teachings. Like beheading someone while shouting “Allah akbar!”

Another bit of subterfuge is to equate unpleasant incidents with actual violence. The Southern Poverty Law Center is (in)famous for this. They will define spray-painting on a mosque as the equivalent of a beheading of a non-Muslim. Often, the SPLC and its ilk will even list hoaxes as hate crimes — even after they have been exposed.

Finally, the feds and media pull the North Dallas Forty tack. “Every time I call it a business, you call it a game! And every time I call it a game, you call it a business!” An American Muslim who kills someone in the name of his or her religion is lumped as non-domestic. And usually labeled a “lone wolf,” acting solo. But any non-Muslim mass shooter is categorized, usually instantly, as doing so in the name of some ideology, redolent of Nazism.

Worst US Mass Shooting — All Carried Out by ‘Home-Grown Extremists’

I analyzed the 25 most lethal mass shootings in modern U.S. history. Why? Because the Left almost always conflates such with terrorism — although the latter is defined as “violence against civilians with a political goal.” For eight of them there was no discernible motive. Four were clearly jihad. Three each were done by Neo-Nazis, bullied school kids, and black men. One each can be attributed to misogyny, financial strain, Leftism, and Native American problems.

All 25 mass shootings were carried out by U.S. citizens or permanent residents. So all qualify as “home-grown extremism” and each took place “within the nation’s borders.” This includes all the Muslim jihadists: Omar Mateen (Orlando), Syed Farook (San Bernadino), Nidal Hasan (Ft. Hood), and Ahmad al-Issa (Boulder). And in fact the third-worst slaughter was that of Seung-Hui Cho. He was born in South Korea but had U.S. permanent citizenship when he killed 32 people at Virginia Tech. Jiverly Wong was Vietnamese but a U.S. citizen who murdered 13 in Binghamton N.Y.

So would the new Biden Justice Department domestic terrorism unit work to prevent folks like these from killing? Or would they be wiped from the radar screen because they don’t drive Ford F-150s and attend Trump rallies? I suspect the latter. And where would Aafia Siddiqui fall on this spectrum? She attended three major American universities, and while living in this country she began working with AQ. Wouldn’t that qualify as “home-grown extremism?”

No, the Adults Are NOT ‘Back in Charge’

This Administration has politicized fighting terrorism to an absurd, indeed frightening, degree. (And note I’ve not even touched on the January 6, 2021 protests, which the Democrats and media continue to call “insurrection.”) Is it really true, then, that “the adults are back in charge?” Only if it’s deemed mature to ignore real terrorist threats in order to gin up a demonstrably false one. And not just gaslight, but vilify, most Americans in the process. At some point the gas might explode.

Our Wicked Rulers Could Learn From the Failures of King Saul