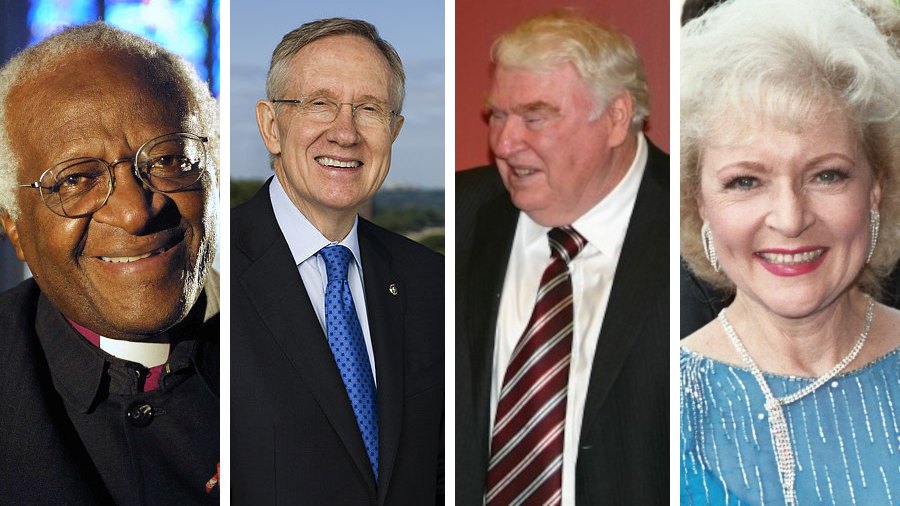 The year 2021 ended with a string of highly significant, unexpected deaths. Is there a spiritual meaning to these deaths? Is there a message we are supposed to hear? Are these deaths symbolic of some kind of transition?

The clearest example in the Bible of significant deaths marking a period of transition is found in the Torah itself. There, in a very short period of time, after spending almost 40 years wandering in the wilderness, the three leading figures in the nation of Israel all passed away.

First it was Miriam, the sister of Aaron and Moses. She was the first of the three to die (see Numbers 20:1).

Next was Aaron himself, but in this case the sense of transition is even more dramatic. As recorded in Numbers 20:22-29, Moses and Aaron go to the top of Mt. Hor, accompanied by Aaron’s son (and successor) Eleazar. Aaron’s priestly garments are then removed from him and put on Eleazar, then Aaron breathes his last, and only Moses and Eleazar come down from the mountain.

Clearly this marked the end of the old and the beginning of the new.

There is sometimes a message in a string of attention-getting, significant deaths — in this case, from the world of religion, sports, politics and entertainment.

And then, last of all, Moses himself dies and is succeeded by his attendant Joshua (see Deuteronomy 34:1-12). The towering figure who led Israel out of Egypt did not have the privilege of leading his people into the promised land. That was for Joshua to do.

As the Lord said to Joshua shortly after the death of Moses, “Moses my servant is dead. Now therefore arise, go over this Jordan, you and all this people, into the land that I am giving to them, to the people of Israel” (Joshua 1:2).

“The old has passed. The new has come. Joshua, it’s on you now! Get up and lead the way.”

In American history, perhaps the most attention getting deaths were those of John Adams and Thomas Jefferson, both dying at advanced ages on July 4, 1826, thus on the 50th anniversary of Declaration of Independence.

As reported on the History.com website, “In the weeks that followed, Americans offered a variety of explanations for the sudden loss of these two presidents. Though some likely wrote it off as coincidence, many saw evidence of divine design at work. In a eulogy delivered the following month, for instance, Daniel Webster wondered what this ‘striking and extraordinary’ coincidence might suggest. The men’s lives had been gifts from Providence to the United States, he said. So too were their length and ‘happy termination,’ which he saw as ‘proofs that our country and its benefactors are objects of His care.’”

Of course, we cannot be dogmatic about the significance of these deaths, but they do get our attention. And God can certainly speak to us through such deaths.

Do These Deaths Mark a Transition?

And that’s why I began to wonder when Archbishop Desmond Tutu passed away at the ago of 90 on December 26, followed by John Madden and former Senator Harry Reid at the ages of 85 and 82, respectively, on December 28.

I actually asked the Lord, “Are there more significant deaths to come? Is there some kind of transition taking place?”

The next day, I received an email from an old friend, a fellow-Messianic Jew whom I met while doing grad studies together at New York University.

Our primary professor was Baruch A. Levine, one of the most prominent Jewish Bible scholars of the last generation and a man who took a real interest in our academic careers. He, too, had just passed away at the age of 91 (actually it was a little bit earlier in the month, but this was the first I heard of it).

This got me wondering all the more. Is something going on?

Then Betty White Died on Dec. 31

Then it happened. On the last day of 2021, with the entire nation ready to celebrate the 100th birthday of Betty White (with a front cover story already released by People Magazine), she passed away unexpectedly.

But the timing of all this, especially with the death of Betty White on New Year’s Eve 2021, barely three weeks shy of her 100th birthday, did get my attention. What does it mean?

Out With the Old and in With God’s New

On the one hand, there is the sober reminder that none of us can boast about tomorrow (see Proverbs 27:1), since our lives are not in our hands. For everyone of us, there will be a last day of our lives. Consider it guaranteed.

On the other hand, there is sometimes a message in a string of attention-getting, significant deaths — in this case, from the world of religion, sports, politics and entertainment.

Honestly, I do not know. But to the extent it lies on me, this is my mindset and attitude: Out with the old and in with the new! Human methods have continued to fail. We need to lean on the wisdom and power of God!