The Significance of the Overturning of Roe 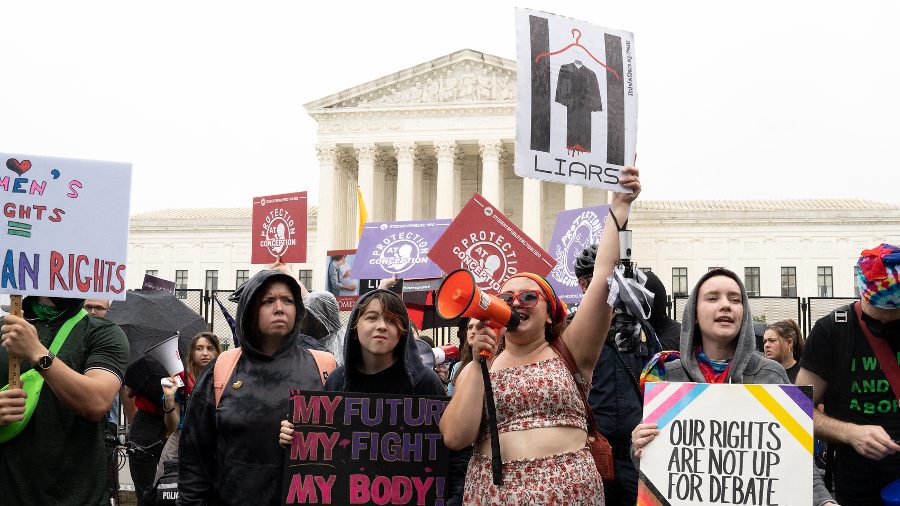 A massive trend has been stopped. A destructive tide has been turned. Pictured: Demonstrators await a decision from the Supreme Court on Dobbs v. Jackson Women's Health Organization, June 24, 2022.

Remember where you were on Friday morning, June 24, 2022, a few minutes past 10 a.m. EST. History was made this morning. The seemingly impossible happened. At last, the Supreme Court overturned Roe v. Wade.

To be sure, this is just the beginning of a new battle to be fought for the unborn, state by state, life by life, heart by heart. But this is also a massive, unprecedented victory, one that, for many years, seemed completely out of reach.

After all, Roe became law in 1973. That was almost 50 years ago, and in many ways, American values have become much less conservative since then.

May a culture of life sweep our land!

To give just one example, more children have been conceived out of wedlock, and that means more abortions.

We’ve Seen a Massive National Decline in the Value Given to Marriage, Children, Family

Back in 1996, the Brookings Institute reported that, “Since 1970, out-of-wedlock birth rates have soared. In 1965, 24 percent of black infants and 3.1 percent of white infants were born to single mothers. By 1990 the rates had risen to 64 percent for black infants, 18 percent for whites. Every year about one million more children are born into fatherless families.”

This is a staggering increase.

These are massive increases in illegitimacy, and the more the family breaks down, the more abortion becomes a way of life.

Marriage itself has been redefined by the Supreme Court, and for many conservative family values, it seems as if the ship has sailed, especially with the Court actually taking Roe further in the 1992 Casey case when it should have done the exact opposite.

This Unexpected Turn Away From Increasing Immorality Came Through Unexpected Events

The battle for abortion in America has been lost, forever — at least, that’s how it seemed.

Whole generations of women have been born into a pro-abortion culture, to the point that it is not just an accepted moral right. It has also become a sacred rite.

But pro-lifers, both Catholic and Protestant, never gave up the battle, and for a number of different reasons, the number of abortions has been steadily declining, almost without exception, from the late 1990s until today. (Some would point to declining percentages beginning in the early 1980s.)

And now, at last, Roe has been overturned.

The Court could easily have ruled in favor of the Dobbs case in Mississippi, further gutting Roe and with Chief Justice Roberts joining in for a 6-3 decision. (See here for the official ruling.)

Instead, it went one step further, exposing Roe for the travesty it is.

And to think. Just a few years ago, this still seemed impossible.

It was only because President Trump (himself an unlikely hero in this story) was able to appoint three new justices to the Court, all of whom voted the right way. And that, in turn, only became possible because of the sudden death of Justice Ruth Bader Ginsburg and the quick approval of Justice Amy Coney Barrett in Trump’s last months in office.

Talk about a series of unexpected events, with the narcissistic, bullheaded, former pro-abortion playboy playing a central role.

May the Church Rise Up

Now, states can pass their pro-life laws without restriction.

Now, the murderous, angry spirit of abortion will be further exposed, as violent mobs will attack pro-life centers and pro-life people, and as other states will pass more extreme, pro-abortion (and even pro-infanticide?) laws. This has already happened in New York, Maryland, Virginia and California.

May the light shine all the more clearly in the midst of the darkness.

And may the Church rise up and make an even more compelling case for the humanity of the baby in the womb, also offering even more compassionate care and hope to expectant moms and dads who are contemplating abortion. May life prevail!

May This be the Start of National Repentance

But it is also true that only in America has a pro-life movement pushed back with such tenacity for so many years. What has happened here is truly unique.

In his 2016 book, Why Liberals Win the Culture Wars (Even When They Lose Elections): A History of the Religious Battles That Define America from Jefferson’s Heresies to Gay Marriage Today, legal scholar Stephen Prothero argued that our “culture wars have always been religious wars, progressing through the same stages of conservative reaction to liberal victory that eventually benefit all Americans.”

That’s why this victory is all the more significant. A massive trend has been stopped. A destructive tide has been turned. And in the end, this will benefit all Americans.

May the Lord see this landmark ruling as an act of repentance from the nation. May He show mercy and restore. May a culture of life sweep our land!