An interview with Dr. Jennifer Roback Morse, founder of the Ruth Institute.

Jennifer Roback Morse is a scholar, wife, mom, and author. She founded perhaps the best comprehensive pro-life, pro-family thinktank, the Ruth Institute. Her work documents the devastating impact of the Sexual Revolution on society’s weakest, most vulnerable people, especially children. The Stream’s John Zmirak interviewed her about her sobering book,  The Sexual State: How Elite Ideologies Are Destroying Lives and Why the Church Was Right All Along.

John Zmirak: You founded the Ruth Institute. Can you please explain its mission?

Jennifer Morse: The Ruth Institute is an international interfaith coalition defending the family and building a civilization of love.

In your book The Sexual State you make a bold claim: the Sexual Revolution is a totalitarian movement. Why do you say that?

The key insight is that the goals of the Sexual Revolution are Utopian fantasies. The Revolutionaries promote the belief that a good and decent society should do everything possible to separate sex from babies, separate both sex and babies from marriage, and eliminate all distinctions between men and women.

But all these goals are impossible. Sex actually does make babies. Children do need their parents. Life-long marriage between their parents does protect the needs of children. Men and women are really different. 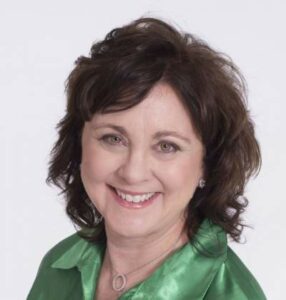 The Revolutionaries can demand unlimited power, once they have convinced people that these high-minded but impossible goals are non-negotiable and unambiguously good. After all, doing the impossible takes a lot of power to achieve as well as a lot of propaganda to sustain. These fantasies also require a scapegoat, someone to blame when the impossible fails to materialize.

Sex Bolsheviks Have Taken Over

You compare the Sexual Revolution with literal political revolutions, like the Russian Revolution and the French Revolution. What inspired you to make this comparison?

As I studied the Sexual Revolution, several similarities with the Bolshevik Revolution began to emerged in my mind. First, the ideological formula for these revolutions is exactly the same. An impossible ideal requires massive amounts of power and propaganda, plus a preferred scapegoat. That equals social chaos and increased concentrations of wealth and privilege.

The body count of the Sexual Revolution is enormous, just considering the aborted babies alone. Add in the suicides, depression, unhappiness, loneliness and all the other consequences of family breakdown and sexual license. It is a staggering toll.

Second, the body count of the Sexual Revolution is enormous, just considering the aborted babies alone. Add in the suicides, depression, unhappiness, loneliness and all the other consequences of family breakdown and sexual license. It is a staggering toll.

Finally, the concentrations of power into the hands of the Sexual Revolutionary ruling class, the intolerance of dissent, the use of “reeducation” programs. All these features are strikingly similar to communist regimes and movements around the world.

Malthusian Billionaires of the World, Unite!

Are you saying the Sexual Revolution was a Marxist movement?

Close but not exactly. It is quite true that Marx and Engels despised the nuclear family. However, there are plenty of non-Marxists who are big supporters of the Sexual Revolution. John D. Rockefeller III and Henry Kissinger were not Marxists in any meaningful sense. They were, however, big advocates of population control policies. And without the rest of the Sexual Revolution never would have gotten off the ground. They were dreadful elitists too, of course. I think it is better to see the Sexual Revolution as a free-standing ideology, all on its own, not a special case or offshoot of something else.

Defending Children’s “Right” to Get Molested

Talk about some of the “idealists” who helped launch the Sexual Revolution. What were their most outrageous claims?

My favorite wack-job would be Wilhelm Reich, who actually wrote a book entitled The Sexual Revolution. His basic belief was that children are “entitled” to have sex. He went downhill from there. He also claimed to have discovered a biological energy called “orgone.” In 1940 he started building “orgone accumulators,” devices that his patients sat inside to harness the reputed health benefits. The FDA took a dim view of his claims. He died in prison for consumer fraud.

In your work, you point up the yawning gap between these sexual ideologies and the truths of human nature — social, biological, and moral. What are some of the most significant?

I recently interviewed Paul Kengor about his book The Devil and Karl Marx. He said something so true and profound that it took my breath away. He said, “All totalitarian ideologies try to change human nature.” The Marxists believed they could change human nature so that we could abolish private property and still have economic prosperity.

As a woman with a doctorate, I was expected to place my children in daycare and have absolutely no negative feelings about that. God spared me from going too far down that path, by sending me an incredibly needy first child who could not possibly have survived daycare. I took the professional “hits” involved in stepping off the career path laid out for me. When you see women dropping off their infants at day care, with tears streaming down her cheeks, and she thinks she must toughen up and do it anyway, that is the power of the Revolutionary war against human nature.

The Sexual Revolutionaries hate the human body and its limitations. They hate the world as it actually is and are out to recreate the world. In this respect, they really are a Gnostic death cult.

Survivors of the Sexual Revolution

At the Ruth Institute, we describe those who are harmed as “victims” and hopefully “survivors” of the Sexual Revolution. The Survivors include:

The Survivors also include all the people I would describe as “refugees” from the hook-up culture or the LGBT subculture. That is, people who participated in it, and walked away from it because it made them miserable. We can also include those whom I call the “Heartbroken Career Women.” I mean women who made their educations and careers their top priority and were not able to have as many children as they wanted. This is a widespread phenomenon in virtually every developed country. Figure 1 in this study is devastating. Behind this sterile chart are millions of heartbroken women.

Dissidents and Scapegoats Whom the Revolutionaries Target

Who are the kulaks and the Gulag prisoners of the Sexual Revolution?

The kulaks were the scapegoats for the Soviet system. The current scapegoats are Christians who are holding out for traditional sexual morality. “If only you Christians would stop making everyone feel guilty, we could all have a lifetime of guilt-free, problem-free sex.”

The Gulag prisoners are the people who are silenced: Children of divorce are not allowed to complain. Their parents are happy, so they must be happy. Likewise, people whose spouses abandoned them without cause. These people are not allowed to complain, their spouses have “moved on;” why can’t they? The people whose health has been ruined or whose contraception hurt them. They are supposed to be satisfied with a payout from Big Pharma and a gag order. All these people are socially invisible. They are blamed for the suffering inflicted on them by the Revolution.

Your group holds an annual conference for the “Survivors of the Sexual Revolution.” Can you share with us some of the past speakers, and their video testimonies?

Yes, we conceived the idea of a Summit for Survivors of the Sexual Revolution as a way of bringing people together. We gather experts on the various subject matters, survivors of the sexual revolution, and activists who are trying to accomplish some positive change. Last year, we featured “Survivors of Divorce” and “Survivors of the LGBT Subculture.” The witnesses were unbelievably powerful. We had an adult woman whose parents divorced when she was five. Also a man whose wife abandoned him for another man, and a woman who is both a child of divorce and an abandoned spouse.

This year, we discussed surviving survivng childhood sexual abuse, pornography and the LGBT subculture. And if I do say so myself, my talk on how “The Global Ruling Class Likes Pedophilia” was a real eye-opener.

I have also interviewed a number of Survivors on my video podcast, The Dr. J Show.

I wrote at The Stream that the real suffering of poor people, especially black people, thanks to the Sexual Revolution is being hijacked by radical groups like Black Lives Matter. Instead of acknowledging the real damage done by elite ideologies like Sexual Liberation, these groups seek a scapegoat, a conspiracy theory.

There is no doubt in my mind that the Sexual Revolution has been destructive to the poor of all races. The revolutionaries do not wish to look too closely at the consequences of the policies and practices they have advocated. (Once they start asking questions, they are on their way out of their movement. They are similar to Marxists in that respect too.) Diverting people’s attention, including their own, away from family breakdown is essential to keeping the fantasy ideology alive.

These groups talk about “systemic racism.” Is there some other systemic problem in our society, and how would you describe it?

If 5% or 10% of children are born to unmarried parents, you can say that perhaps those people are somehow unusually irresponsible or immoral. When over half of first births are to unmarried parents, you can’t say that anymore. That is a systemic problem. There are cultural, economic and social forces that are systematically steering people toward destructive life choices. So, yes, we sure do have some systematic problems, quite apart from anything we might say about race.

What can we do? How can we help?

Support the victims and survivors of the Sexual Revolution. Give them a chance to talk. Take them seriously. Educate yourself about these issues. And, within your sphere of influence, advocate for better policies and practices. You can join forces with the Ruth Institute, by subscribing to our newsletter, our YouTube channel and our audio podcast. And you can help our work, including our work of recovering from Hurricane Laura, by making a monetary contribution.