The Salman Rushdie Attack: America is Becoming a Place Where Writers Get Stabbed 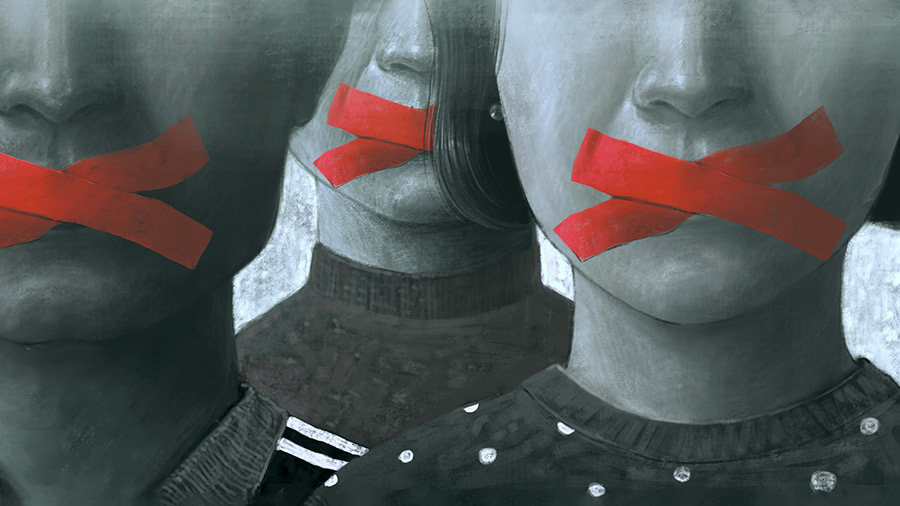 I remember when Ayatollah Khomeini first issued the fatwa calling on Muslims to kill Salman Rushdie for his book The Satanic Verses. It was 1989 and I was a freshman student at Manchester Community College. The school put on a truly bizarre forum about the event.

They invited several Muslim speakers to address us. Each one addressed the issue by changing the subject.

The death threat against Rushdie for writing a book offensive to Islam occasioned the forum. That was not the real issue, the speakers lectured us. No, the real issue was everything wrong the U.S.A. had ever done in the Middle East, real or perceived.

That the region was a cultural backwater that reacts to offensive literature with death threats was somehow our fault. The terrorism that repeatedly targeted the U.S. and our allies, which was front page news in the 1980s? That was our fault too.

I attended the event as a student. My grandfather was there, taking photos for our local newspaper. We made eye contact and I could see his reaction was the same as mine.

And the book itself, The Satanic Verses? The speakers dismissed it as boring and weird. They quickly moved on from that subject to explaining that Americans responded negatively to being the target of terrorist attacks because of our anti-Muslim animus. Utterly surreal.

Things have changed in the last 33 years. In 1989, the literary establishment rallied around Rushdie as a hero of free expression. In the years following, whenever some controversy required the literati to defend free speech, Rushdie’s would be one of the most prominent names in any signed public statement.

They were all about free speech. For a time.

Speech Then and Speech Now

Today? Much less so. Our elites went from rallying around the first, and most stark, victim of cancel culture, to championing cancel culture themselves.

While on vacation two weeks ago, I visited Connecticut’s only Books-A-Million store. They had a display of “banned books” for sale. But only the books you would expect. Books like Ryan Anderson’s When Harry Became Sally (still unavailable on Amazon) and Abigail Shier’s Irreversible Damage: The Transgender Craze Seducing Our Daughters were nowhere to be seen.

If you are my age, you grew up in the Reagan era hearing leftists talk about how they prized freedom of expression above all else. Many cheered the ACLU’s 1970s victory allowing neo-Nazis to march through a Jewish suburb of Chicago, where one in six residents was a holocaust survivor or directly related to a survivor. As a book on the case the ACLU recommends puts it: “freedom of speech must be defended even when the beneficiaries of that defense are far from admirable individuals.”

Our elites went from rallying around the first, and most stark, victim of cancel culture, to championing cancel culture themselves.

They fought laws against profanity in public and burning the flag. They fought for the rights of high schoolers to say what they wanted in school. Even the rights of pornographers they defended. This absolute commitment to free speech was a thing they talked about throughout the Reagan era and for a while afterwards, proof of their love for free speech above all else.

Free speech was cool when they were the counter-culture. Now that they are the establishment, they suppress speech they don’t like more ruthlessly than did the older forms of censorship against which they once fought.

Which brings me to the attempt to murder Salman Rushdie. To be sure, the cancel culture of the 21st century West is still not the world of literal Ayatollahs and fatwas. And yet.

At the time Khomeini issued his fatwa against Rushdie, we were all living in the America I remember. An America that put the freedom enshrined in our First Amendment front and center. Khomeini’s fatwa offended the values of an America that was culturally confident in its founding principles.

That is not the America we have today. The America we have today is one ruled by our Woke elites. To them, the country was founded in slavery in 1619, not in freedom in 1776. To them, everything we love about this country, everything we have always thought was good about her, is simply an expression of white supremacy. We even have school districts now that refuse to say the Pledge of Allegiance because it includes “under God.”

An America like this sends a message of weakness. Perhaps it also sends a message that, since we no longer value free expression the way we once did, it is now more permissible to settle a score against a writer who caused offense.

I am not saying that any of this was explicit or conscious in the mind of the attacker. But we all pick up cues from the culture that influence us in ways of which we may not be aware.

Many Americans no longer believe in America as such. Hostile foreign actors see our declining belief in the values we once defended against the likes of them. Our weakness will embolden them to attack those values, and the individuals associated with them.

Even with knives. Even on American soil.