The Rehabilitation of Hunter Biden 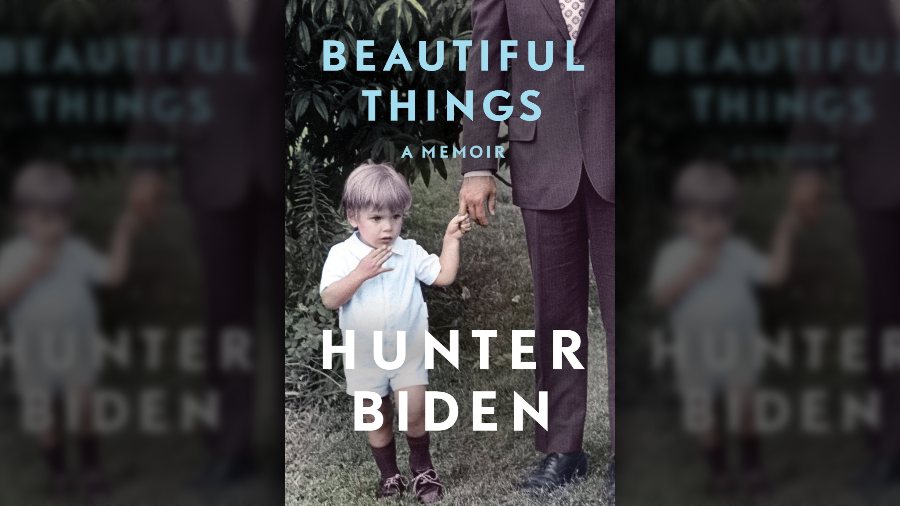 Hunter Biden is about the get the David Carr treatment.

That is to say, the president’s son is about to be fully rehabilitated and then celebrated in the media. Biden has a memoir coming out April 6. According to AP, Beautiful Things “will center on the younger Biden’s well publicized struggles with substance abuse.” Simon & Schuster acquired the manuscript in the fall of 2019, but it “was kept under wraps even as Biden’s business dealings became a fixation of then-President Donald Trump and others during the election and his finances a matter of investigation by the Justice Department.”

Advanced praise has already come from Stephen King: “In his harrowing and compulsively readable memoir, Hunter Biden proves again that anybody — even the son of a United States President — can take a ride on the pink horse down nightmare alley,” King writes in a blurb. “Biden remembers it all and tells it all with a bravery that is both heartbreaking and quite gorgeous. He starts with a question: Where’s Hunter? The answer is he’s in this book, the good, the bad, and the beautiful.”

I call this gushing “the David Carr treatment.” It’s when the media decides to use a different standard to judge someone’s past behavior based solely on politics. Hunter Biden is Joe Biden’s son and thus liberal royalty. His sins will be whitewashed and he will be elevated as a symbol of someone who bravely wrestled with addiction to come out stronger on the other side. You can already see the soft-focus interview on CNN.

No one cares, because David Carr was a liberal who mentored other liberals — liberal journalists, no less.

The Carr treatment is named after David Carr, a late, celebrated and liberal former journalist for The New York Times. Carr, who died in 2015, was a “super-mentor” to an entire generation of journalists, according to Mikaela Lefrak, writing in The Atlantic. Everyone from Jake Tapper to Ta-Nehisi Coates has praised him. The Times even has a fellowship named after him.

Carr was also a drunk and drug addict who verbally abused and violently beat women. Carr explored his savage behavior in his 2008 memoir The Night of the Gun. “David Carr’s latest subject is a pathetic human being, a thug, a manipulative jerk who uses people and puts his own kids in danger,” Howard Kurtz observed at the time. “The New York Times media columnist is writing about himself.”

Raised in Minneapolis, Carr “was fired from a series of jobs in Minneapolis as his life became consumed by coke snorting and dealing (not to mention dropping acid) while he checked in and out of rehab centers and kept getting arrested.”

Then there were the women. “My duplicity around women was towering and chronic,” Carr wrote. “I conned and manipulated myself into their beds and then treated them as human jewelry, something to be worn for effect.” Carr beat up a girlfriend, Anna, breaking one of her ribs and throwing her off a dock. He also beat his other girlfriend, Doolie, who called the police after he slapped her in the face. Carr: “I tortured her, mentally, verbally and, eventually, physically.” When warned that detailing such repulsive behavior could damage him in The Night of the Gun, Carr said he and Anna were smoking crack the day she gave birth to their premature twins.

One reviewer, Bruce Handy, was appalled: “What’s with hitting women? Carr presents this as another aspect of his coke-fueled mania, but plenty of crackheads don’t smack their wives and girlfriends. Where does Carr’s anger come from?”

No one cares, because David Carr was a liberal who mentored other liberals — liberal journalists, no less.

I Believe in Rehabilitation

I’m the first one to say that those who have struggled with addiction can, in the the light of God’s grace, rehabilitate themselves — as Carr did. Drunks can become good human beings. My own struggle with alcohol was well-documented in 2018, when I became a focal point in the Brett Kavanaugh nomination for the Supreme Court. A group of DNC oppo researchers found me and tried to link me to Brett, in essence making me, a former drunk with a colorful past who hates political correctness, the nominee. They combed through my books, my articles, peered into my car, knocked on my door in the middle of the night.

They went back almost forty years to examine high school keg parties with a forensic comb. And they found some in a high school underground newspaper. In short, I was no David Carr.

In 2018 Mikaela Lefrak, who wrote the effusive story about Carr in The Atlantic, went back to the 1980s to explore the drinking laws in Washington, D.C. when Brett and I were teenagers. In her Atlantic piece Lefrak quotes Jake Tapper, who praises Carr. In 2018 this same Tapper observed that I have “written and said things that are far more offensive than anything Brett Kavanaugh ever did.” Tapper never said whether he found Carr’s breaking the ribs of a girlfriend offensive — and whether the New York Times should think twice about having a fellowship named after the man who did it.

Whatever darkness is in Beautiful Things, Hunter is about to be elevated to a brave, sympathetic figure who has “wrestled with his demons” to “come out the other side.” He may indeed be a new man, for which I, a fellow 12-stepper, congratulate him and give praise to God. He will be over the business with Lunden Alexis Roberts, the Arkansas stripper who sued Biden for paternity and child support after the birth of their 2-year-old daughter. His shady business and art world dealings will be, as the say in AA, just part of “the wreckage of the past.”

A David Carr of the new royal family of American politics, Hunter is free and clear.

Matt Damon and What Makes a Good Death

Why It’s Logical, Christian, and Charitable to Suspect the Election Was Stolen