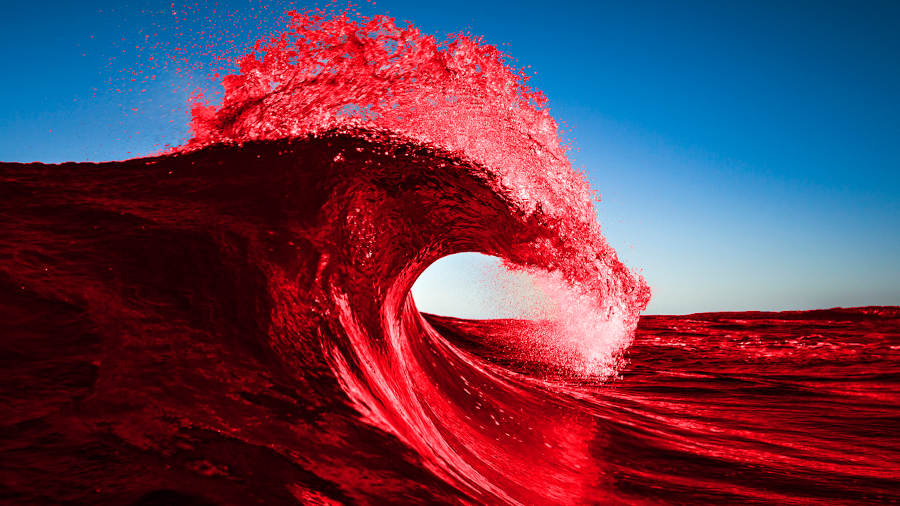 For a number of reasons, I would have preferred to see the Republicans take back both the House and Senate in fairly decisive ways. This would have effectively thwarted the implementation of what I believe to be a very destructive leftist agenda. And I voted accordingly in my own state.

But I am not in the least bit discouraged or downcast, since the “red wave” I am really looking for is a spiritual one, not a political one. As I tweeted on October 20, “I have voted Republican for many years, but my vision for a ‘red’ America is for a nation washed in the blood of Jesus.”

As followers of Jesus living in America our calling remains the same, regardless of who runs the government.

We are called to be disciples and make disciples, to know God and to make God known.

And we remain a remnant, called to be holy and set apart, in the midst of an evil world. In the words of John, “We know that we are from God, and the whole world lies in the power of the evil one” (1 John 5:19).

We are called to let our light shine brightly, thereby exposing darkness and pointing people to God.

We are called to be the salt of the earth, functioning as the moral conscience of the state and as a preservative element in the society.

We are called to love God and love our neighbors.

America will not be saved and transformed by having an all-red (meaning, all Republican) government. America will be saved by being washed in the blood of Jesus.

We are called to acts of kindness and compassion, to feed the poor and to set the captive free.

We are called to rescue those headed for slaughter and to advocate for the widow and the orphan.

We are called to exalt Jesus in word and deed and preach Him as Savior and Lord.

We are called to pursue holiness in our own lives and to declare the holiness of God to the world.

We are called to build strong families and have a multi-generational impact.

This is some of our mission and calling.

If we can change the laws too, that’s wonderful. Many will benefit from that in the long run.

If we can shift the culture, that’s glorious. The more the light shines, the more the darkness is dispelled.

If we can elect God-fearing political leaders, that’s something to shout about. In the words of Proverbs, “When the righteous increase, the people rejoice, but when the wicked rule, the people groan.” (Proverbs 29:2)

The Gospel Must Be Preached Whether Godly Leaders Hold Office

But let’s remember that generations of believers, beginning with the very first disciples, lived and died with slavery and infanticide and other barbarous practices as a way of life, the cultural norm. It took centuries before these evil things were abolished or went out of practice. Yet the gospel continued to march on.

It is the same today here in America.

The lost will still be saved today through the message of the cross.

Prayers will still be answered today and God’s people will still worship.

As I tweeted on November 5, 2018, right before the midterm elections four years ago, “Regardless of a blue wave or a red wave tomorrow, God is still God, the Bible is still His Word, and we are called to be disciples and make disciples. Period.”

And as I tweeted a little past midnight during yesterday’s elections, “Regardless of the outcome of the elections, my hope remains where it has always been, in one place only: our unshakable God and His Kingdom.”

What about that gospel-based moral and cultural revolution that I have spoken about for more than 20 years? Do I still feel confident that is coming? Do I still believe it is already here, in incipient form?

America Will Be Saved by Jesus’ Blood

The Church must be transformed first, burning brightly with the fire of God, ablaze with holy love for a lost world. Then, as more and more lives are transformed and more and more disciples are made and believers make an impact in every area of life and society, we will see the righteous outcomes that we long for. (By righteous outcomes, I don’t primarily mean our favorite politicians being put in office; I mean righteous laws and a more God-fearing culture, which of course will require God-fearing political leaders.)

But we must also realize that evil will not be fully eradicated until Jesus returns. So we do our best before God to make a difference in our generation while we eagerly await the Second Coming, never forgetting our calling to take the gospel to all nations.

One thing, though, is sure, and I write this as a registered Independent who has only voted for Republican candidates for decades and as someone who is deeply concerned about the Democratic agenda: America will not be saved and transformed by having an all-red (meaning, all Republican) government.

America will be saved by being washed in the blood of Jesus.

That is the red wave I am praying for.

Can the Church Regain Its Prophetic Voice?