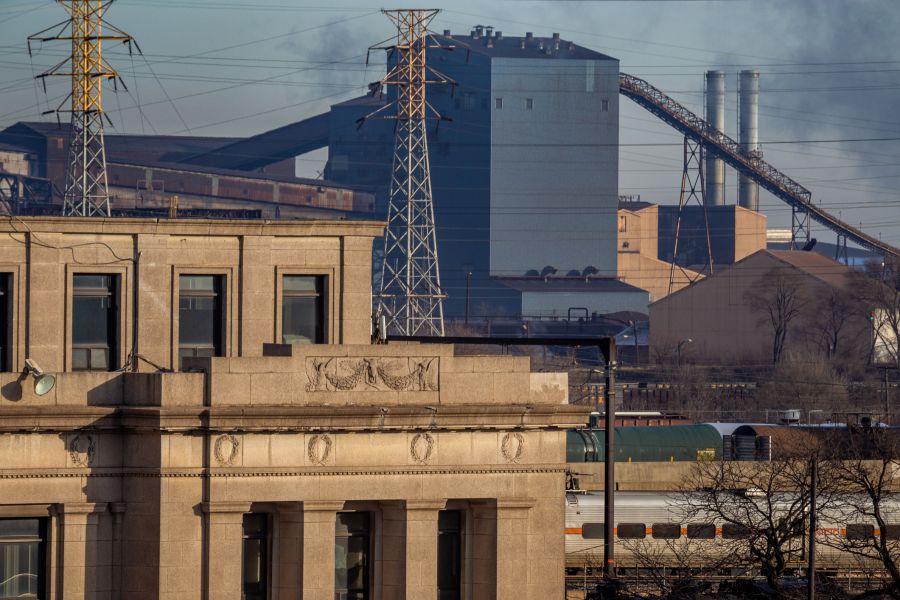 Early morning shot of the US Steel Gary Works with Gary's city hall in the foreground.

Kimberly Strassel’s right about the phoniness of Kamala’s “that little girl was me” moment. And wrong about everything else. And so is the conservative attempt to portray Harris as a lightweight.

Writing in the Wall Street Journal, the newspaper’s “Potomac Watch” columnist begins: “The Democratic nominee had the opportunity to name a competent female running mate, one who would excite his base and reassure undecided voters. He instead chose California Sen. Kamala Harris, the definition of political mediocrity.”

I take a very different view of her potential, as I wrote on The Stream four days ago. She may be a political mediocrity, with a newly manufactured reputation, but that’s not the reason she’ll help or hurt Biden.

Ridiculous, But So What?

Yes, Kamala was a ridiculously cautious public official. Strassel notes that “If commentators are now struggling to define Ms. Harris, it’s because she offers little that is truly defining. … In her 3½ Senate years, she’s done little by way of legislation, preferring to showboat at hearings.”

So what? So was Obama, who set records for voting “present” in the legislature. It didn’t slow him down. Indeed, it accelerated his climb up the ladder, as it has for her.

Yes, she ran a lousy campaign for President. “This is the same woman the media and Democrats rightly skewered in 2019 for running one of the most bungled and disorganized presidential campaigns this cycle,” Strassel writes. So what? A different set of people will be running the Biden-Harris campaign and her role will largely be relegated to following orders.

And, finally, yes, the Democratic base doesn’t like her. “Ms. Harris has alienated key elements of her party, in particular progressives,” Strassel writes. “In a poll this week by the Economist/YouGov, Ms. Harris was viewed favorably by only half of African-Americans and very favorably by only 26% of liberals.”

But they have to like her. They’ll talk themselves into it. As Strassel herself admits: “The media and Democrats this week can’t roll out enough praise for the veep pick: She’s brilliant, savvy, seasoned, vetted, smooth, forceful, appealing, authentic, powerful, a fighter.”

The Right does itself a disservice by dismissing Kamala, thinking she’s not a threat. And even were I to emphasize the ways in which the pick could backfire on Biden, it would not be as Strassel does. She thinks Harris will make bad mistakes, that Trump will define her as “a Bernie Sanders liberal,” and many will reject her for her attack on Brett Kavanaugh.

Maybe, but those aren’t the big way she can damage Biden’s chances to be president. That’s her effect on the white working class in the rust best states. As I wrote here last year, this election will rise or fall with them. I would zero in on what a terrible pick Kamala is for the demographic Biden most needs to win back to win the White House.

Trump’s tax cut was a good thing and the economy was doing well, back then. The question we needed to ask then was the one we have to ask now: Do the guys in the rust belt states who put Trump over the top in 2016 feel it? Are their lives improving? Are the jobs coming back? Do they think their kids’ lives will be better than theirs? Are their life expectancies growing again instead of shrinking? Are fewer of them dying of drug overdoses and suicides?

Trump won an electoral college victory thanks to rust belt states that hadn’t gone Republican for president since the 1980s. He was the first Republican in decades to offer an economic message that appealed to them and not just to the Chamber of Commerce crowd.

But a lot of those states swung back to the Democrats in 2018. Most are natural Democrats who aren’t committed to the Republican candidate. If Trump doesn’t deliver what they expect for him, we will lose them again, and with them the White House and the Senate.

Or do they remember how good things got under Trump right before the pandemic hit? Do they hold the Left responsible for the riots and the disorder? Do they see the Democrats as the party of the cultural coastal elites?

If they do, then Kamala really was the worst possible choice for Biden. She will serve only to remind the white working class why they voted for Trump in the first place: all that cultural hostility, that condescension, that “deplorables” talk. They will know they are the targets of the Left’s aggression and they will respond in 2020 as they did in 2016.

That’s the case against Kamala. Not that she’s a lightweight.

Obama was a lightweight too. Until he wasn’t.

Trump Proved in One Tweet Why Red Flag Laws Are Dangerous