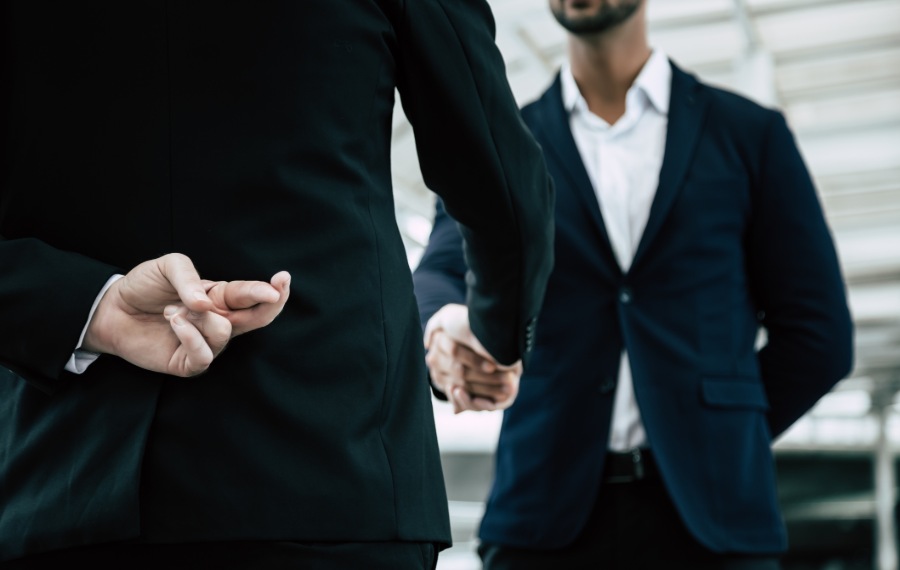 How Did It Come to This?

Since my sons were in middle school (they are now 19 and 17), I have been telling them that the United States of America may not exist when they are adults. Now it seems that I may have been too optimistic. The Union may not last until they both graduate from college. How did it come to this?

Many reasons could be adduced. Decades of horrible public schools created legions of low-information voters. Since the Johnson Administration, millions of Americans have become dependent on the welfare state. Many have left Christianity. A corrupt and entrenched political class thinks only of power and retaining office. Journalists turning into partisans. Hubris about American power in the world. All of these are no doubt factors. But one development, above all, is to blame. The Democrats have become People of the Lie.

Democrats’ Leaders are to Blame — Not All Democrats

Yes, let me hasten to add that I do not mean every single Democrat voter is evil. Or even dishonest. However, I do consider the leadership of the largest political party in this country to be inherently deceitful. Biden, Harris, Pelosi, Schumer, AOC, Ilhan Omar and a host of other leading leftists Lie. And the frequency which with they do so has passed from the realm of propaganda into that of pathology.

When an entire group of people opts to “choose truth over facts,” something is very rotten, and not in Denmark. Let us count the ways.

Last week, President Biden issued yet another Executive Order. This one forbad any government entity from referring to a virus which originated in Wuhan, China as the “Wuhan virus” or “China virus.” So this isn’t just window dressing. It’s a denial of epidemiological reality. But of course, our reigning Prevaricator-in-Chief was doing this sort of thing before attaining office. During the campaign he said that only dictators govern through Executive Orders. Then Biden issued 30 of them within his first three days in power — a POTUS record.

“That’s just politics. Lots of Presidents do that sort of thing. Besides, Trump lied all the time.” It’s true that the 45th POTUS sometimes ignorantly shot his mouth off. CNN kicked him as he was exiting D.C. with examples thereof. But take a look at those. Several are just silly: “Trump claimed no rain on his Inauguration, but it did!” Some are trivial: “Trump alleged a $500 billion deficit with China — but it was $400 billion!” Others are arguable differences of opinion or analysis: “Trump asserted Ilhan Omar supports al-Qaeda!” Well, she is pro-Muslim Brotherhood. That group is distinct from AQ, but its Islamic supremacist ideology is quite similar.

Trump may have sinned against truth. But there’s another type of deception, at which leading Democrats — and their media enablers — excel, and which he avoided. This one consists of taking a germ of factual data. Then hyperbolizing, overgeneralizing and overall fear-mongering from it.

Climate change is the best example. The planet’s climate has varied untold times over the epochs. Earth was much hotter when the dinosaurs roamed. It was a lot colder during the Ice Ages (of which there were at least five). Even in recorded human history — which goes back perhaps 60,00 years — things changed often. The Roman Republic and Empire saw warm weather. Then it got cold again starting in the High Middle Ages.

So how exactly is “climate change” suddenly an “existential threat” to humanity, as Joe Biden called it before signing three Executive Orders to address it? Does he or Congresswoman Alexandria Ocasio-Cortez really believe that the world will end in 12 years if we don’t somehow solve this alleged problem? I doubt it. This is just another kind of politicized mendacity, promulgated for empowerment purposes.

Third Level of Lying — Denying Reality, and Demanding That Others Do the Same

The category of duplicity that defines the Democrat Party as that of The Lie is neither of those, as bad as they are. It’s when its spokespeople level up, into the register of denying reality. Four major examples stand out:

I hope and pray I am wrong, but blatant and repeated denials of reality such as these are truly pathological. They reek of those imbued with evil, as described in M. Scott Peck’s 1983 book People of the Lie. He points out the following about such people:

Several of my intellectual conservative friends maintain that the American Left has been indoctrinated by Marxism, and that this ideology has now taken hold in the mainstream Democrat party. I don’t deny that. However, I find Marxism necessary but not sufficient to explain just how intemperate, insular and downright insane the institutional Democrats have become. There must be a spiritual sickness there. Sure, Trump fibbed. But Democrats (and some of their willing Deep State accomplices across the aisle) Lie.

What is the Answer?

But how do you exorcise an entire political party? As Aldous Huxley warned, “those who crusade not for God in themselves, but against the devil in others, never succeed in making the world a better place.” (The Devils of Loudon, p. 192). Peck goes on in his book to say that “evil can be conquered only by love” (p. 267). But he was speaking of evil individuals.

I don’t know how love would work against a Democrat party apparatus that is not only detached from reality but, now in control, appears willing to use the powers of the state against anyone who don’t share its lunatic views. That men = women, conservatives = fascists, Trump = Putin and white people = terrorists.

As President Lincoln said in 1862: “the times are dark, the spirits of ruin are abroad in all their power, and the mercy of God alone can save us.”