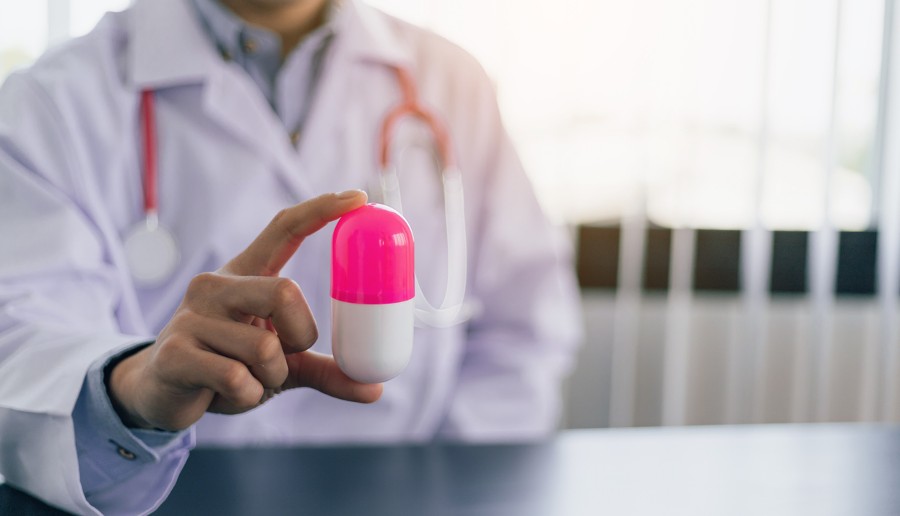 In the year 2015, as the story is told, a renowned scientist discovered a cure for cancer after more than 30 years of research and testing. But it was not just a cure. It was the cure, effectively eradicating all cancer from all patients at all stages of the disease. This was the greatest discovery in the history of medical science!

The scientist, overflowing with gratitude and excitement, informed the pharmaceutical company he had been working with, sharing this extraordinary moment with them, and within minutes, the whole organization was ablaze with excitement. At last!

Immediately, they sent their marketing team over to meet with the scientist and work on a strategy for mass distribution.

But there were some obstacles to overcome.

First, it would cost a small fortune for each dose, more than many people would earn in a lifetime. How many could afford a treatment like this? How could insurance companies cover it?

Second, it had to be taken in pill form to maximize its release through the body, but the pill was so large that a horse could barely swallow it.

Third, the pill left a miserable aftertaste, not for a few seconds but for one full week, making it almost impossible for the patient to eat or drink for 7 full days.

And so, while this watered-down gospel might be popular with the masses, it no longer saves and transforms and redeems.

This, too, seemed unmanageable.

So, the marketing team said to the scientist, “We are excited beyond words by your discovery and can’t wait to get it out to the masses. This will truly change history! We just need you to get the price down to $1,000 per dose, reduce the size of the pill and package it in easy to swallow gel form, and get rid of that foul aftertaste. Once that’s done, we won’t be able to manufacture these fast enough. Let’s do this!”

One year later, the scientist called the team back. He had some major news to share! He had succeeded on all fronts.

The pill now cost only $1,000 per dose. It slipped right down your throat, even without water. And it even had a delightful aftertaste.

There was only one problem: it no longer cured cancer.

And that, my friend, is the story of the contemporary gospel.

We have made it cheap and easy and pleasant, but it no longer saves or transforms.

A Repackaged Gospel That No Longer Saves

We have removed the reproach of the cross, turning discipleship into something cool and popular.

We have removed the demands of the cross, preaching a Jesus who adds good things to you but requires nothing of you.

We have removed the sting of the cross, presenting a celebrity Jesus rather than a crucified Christ.

And so, while this watered-down gospel might be popular with the masses, it no longer saves and transforms and redeems.

But this is not just a 21st century problem.

The Story of Mickey Cohen

As I shared in my 1990 book How Saved Are We?, in the late 1950s Mickey Cohen, a notorious gangster, attended a Billy Graham meeting in Beverly Hills. Although he expressed some interest in the message, revival scholar James Edwin Orr writes that Cohen:

made no commitment until sometime later when another friend urged him, using Revelation 3:20 as a warrant, to invite Jesus Christ into his life.

This he professed to do, but his life subsequently gave no evidence of repentance, “that mighty change of mind, heart and life” [as expressed by Richard Trench].

Alas, there was not evidence of repentance. Many have sadly forgotten that the only evidence of the new birth is the new life. The real problem is that some evangelists, like some converts, have failed to realize that the fault lies in the defective message.

Today, that defective message has become the norm, with all kinds of celebrities and well-known people professing their faith in Jesus, seemingly without shame, but then continuing to live in open, unrepentant sin for years.

A Gospel That Doesn’t Save but Rather Misleads

This is not the gospel of Jesus that calls us to die to sin and self and to follow Him.

This is not the gospel of grace that empowers us to live a new life by the Spirit.

This is not the gospel of forgiveness that produces a love for the God who had so much mercy on us and a hatred for the life we once lived.

This is not the gospel that saves sinners any more than the new pill of my parable is the pill that cures cancer.

Worse still, this contemporary gospel misleads the masses, since they look at Jesus as a cool additive to make their lives better rather than as the Lord of all who died for them so they might live for Him.

Enough, then, with this soul-damning, deeply deceiving message.

Let us return to the gospel that saves. Its rewards are infinitely greater than its costs.

Which of These Three Christians Does More Spiritual Harm?