The Only Way to Make America Pro-Life 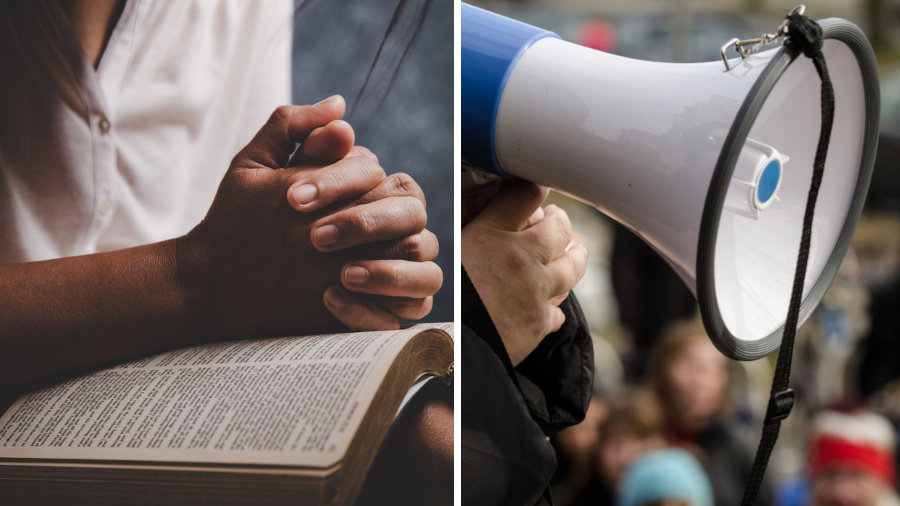 Two generations of women who grew up with Roe v. Wade as the law of the land have raised their voices in protest at the voting booth, pushing back against the Supreme Court’s historic overturning of Roe in June. As a result, all 5 abortion-related bills voted on in the midterms said “No” to pro-life, even in Kentucky.

In June, Supreme Court Justice Samuel Alito and the court’s ultra-conservative majority wrote that they were sending the issue of abortion back to the voters. The voters are displeased.

The midterm election results look like a striking rebuke of the court’s decision in Dobbs v. Jackson Women’s Health Organization, and the wave of near-total abortion bans that followed it.

As for the fact that is women who helped drive these votes, the Daily Wire pointed out that “Compared to married individuals favoring GOP candidates this year, a CNN exit poll of 18,571 total respondents found 68% of single women marked their ballots for Democratic politicians — a 37-point margin over the Republican Party.”

And as the ages get younger, the disparity becomes even greater: “Other notable figures from CNN’s exit poll data show that 72% of women between 18 and 29 voted Democrat.”

What a dramatic difference in voting patterns, but one that is consistent with the mindset of many unmarried women, especially younger women. (See also here for more on younger voters.)

To quote again from the Daily Wire:

Studies suggest single women vote Democrat more often than married women because they depend on a single income, have feminist attitudes towards social issues like abortion and pre-marital sexual behavior, and agree with ideologies that redefine gender roles and family responsibilities.

“The Democrats’ radical abortion and LGBTQ agenda coupled with their negligent governance of our cities makes perfect sense when you realize the destruction of the nuclear family and dependence on government welfare keeps the Democratic Party in power,” Jayme Chandler Franklin said on Twitter.

Breaking down the data further, Breitbart noted that:

A majority of women (67 percent) also said they were either angry or dissatisfied with Roe v. Wade being overturned, with 72 percent of women who supported Democrat candidates agreeing, compared to 27 percent who supported Republicans. On the other hand, 30 percent of women were either enthusiastic or satisfied with Roe being overturned, with a majority supporting Republicans (84 percent) compared to Democrats (15 percent).

This certainly breaks with historic voting patterns, in which the economy, much more than social issues, dominated voting decisions.

The Pro-Life Side Did Well in Some Ways

To be sure, pro-lifers also came out in strong numbers.

As pointed out by Catherine Glenn Foster on the American Conservative, “Abortion activists did … poorly at the state level. Democrats didn’t crack state governor, state attorney general, or state house seats in red states that have enforced abortion limits since June. Abortion activists couldn’t defeat public officials in those states or win the U.S. House or Senate to block those state laws.”

That being said, there was a strong push back against the reversal of Roe, and the pro-abortion rights activists fueled the fires of fear with a relentless, exaggerated PR campaign, as if the overturning of Roe meant that abortion would now be banned nationwide (rather than simply returned to the states).

It is only when tens of millions of Americans get God’s heart for the unborn that the tide will turn more decisively in the direction of life.

This drive was also very well-funded and used clever messaging that pointed away from the realities of abortion. And previous statements from at least one Republican candidate, saying that he would prosecute women who had abortions as murderers, further fanned the flames of fear, if not outright terror.

Yet statements such as these, which were complete outliers, were portrayed as mainstream with the goal of guaranteeing deeper voter outrage, especially among women.

Writing for The Federalist, Robert G. Marshall identified these 5 lies in the aftermath of Roe: “1. Reversing Roe Will Put Women in Jail for Abortions”; “2. Women Will be Prosecuted for Self-Abortion if Roe Is Reversed”; “3. Women Will be Prosecuted for Miscarriage”; “4. Reversing Roe Will Criminalize Pill and IUD Use”; “5. ‘The Unborn Have Never Been Recognized in the Law as Persons.’”

Unfortunately, and not surprisingly, lies like this have already taken root in millions of hearts and minds, and the pro-abortion rights side is energized like never before.

On the flip side, it is understandable if the pro-life side, filled with euphoria and encouragement with the historic overturning of Roe, has not yet gotten its second wind in full.

How Can the Horrific Pro-Abortion Laws Just Passed in California and Montana be Reversed?

How then, can battles be won state by state? How can absolutely horrific abortion laws that have been passed in Michigan and California and Montana be overturned?

A November 9 email from the California Family Council announced, “CA Voters Approve one of the ‘Most Extreme Abortion Laws in the Entire World.’”

In Montana, “voters rejected a ballot initiative during the midterm elections that would have mandated that infants who are born alive, including those who survive botched abortions, are legal persons entitled to life-saving medical care.”

What can be done to turn this gruesome tide?

There are only two ways we can see this can happen.

The First Way to Turn the Tide of Abortion Support: Revival

First and foremost, there must be massive revival in the Church leading to multitudes of conversions in the society leading to glorious national awakening. It is only when tens of millions of Americans get God’s heart for the unborn that the tide will turn more decisively in the direction of life.

As stated in a quote attributed to Francis Schaeffer, “Every abortion clinic should have a sign in front of it saying, ‘Open by the permission of the church.’”

As the Church comes alive to the horrors of abortion and the sanctity of life and as God’s people win the lost and make disciples by the millions, the tide will turn towards life.

Second, we must continue the battle of changing hearts and minds, exposing the realities of these draconian pro-abortion bills and continuing to display the personhood of the baby in the womb.

I expect and hope that just as many Americans are waking up to the insanity of extreme transgender activism, in particular the chemical castration and genital mutilation of children, they will also awaken to the reality of abortion.

The good news is that Roe has been overturned, something that seemed completely impossible to many for decades. It is also to be expected that the pro-abortion side has been freshly energized for the fight.

Still, without a sweeping national revival, none of this will happen. With it, today’s radical pro-abortion laws can end up in the dustbin of history.

(For great resources at your fingertips, including direct access to our daily Line of Fire broadcast, download the AskDrBrown Ministries app on Apple and Android.)