The Oligarchy Purges the Military 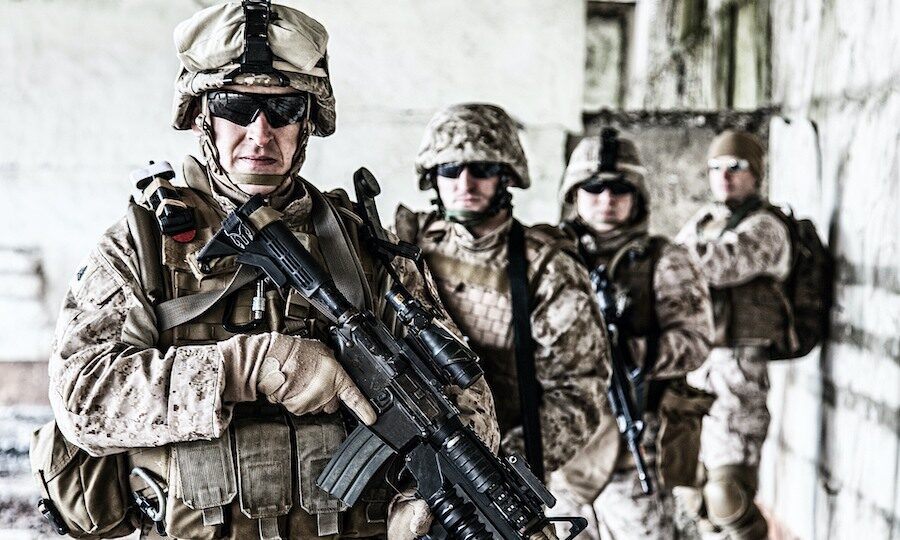 Let’s hope no foreign power decides to attack us or any of our sworn friends (I use the term reluctantly) in the next two months. The military will be too busy to respond.

They’ll have laid down their arms, or rather turned them inward, in the hunt for occult “white supremacists” and other “domestic extremists.”

The incoming Defense Secretary, the perpetually scowling Lloyd Austin, ordered a “pause in operations,” so that the military can begin the purges we usually associate with lesser countries.

The Stars and Stripes pointed out that ex-GI Austin is black. Which, the paper implies, gives him insight into victimology and into the minds of “extremists.”

How High Can You Go?

Never mind all that. Our interest is in the size and scope of these purges, and how they might be used by our oligarchic rulers. Everything will be driven by how many “white supremacists” or other “extremists” they “uncover,” and what the highest ranking member purged will be.

The seriousness, the true peril, of the purges depends on how high up they go.

If the purge turns up only ghosts, not men, then we’ll know the whole thing was a show. The purge will have been a PR event. A way for Austin to demonstrate to his superiors, and his superiors to us, that they have a “handle” on the problem they pretend exists.

Everybody will congratulate themselves that they have convinced enlisted members of the armed forces that extremism is bad thing. We will be told “experts” will be monitoring the situation in case it gets worse, which they will say is not unlikely.

That’s the best-case scenario. Worse would be if an actual private or simple sailor, or maybe a handful of grunts, are “exposed.” They will be made to publicly renounce their hate as a show to discourage other “extremists.”

We may never learn their names, but may be shown images like Pepe the frog or a Celtic cross that some of the men sported. Maybe we’ll see a grainy image of one of the soldiers flashing an “Okay” sign. Recall that the fund-raising SPLC organization swears this a “white supremacist” symbol.

If purge masters say they found an NCO — non-commissioned officer — then our proper response would be moderate fright. The level of fright depends whether (they claim) the sergeant was a “loner” or a leader of a small group of “conspirators.”

If they say Sarge led an underground band of bad people, the oligarchs are trying paint a picture of festering “hate” among the ranks, one that they caught just in time.

It’s then that the oligarchs will institute “educational” training programs, likely based on satanic critical race theory.

It will be tough to convince many white recruits and officers that they are intrinsically evil because of their race. But then we have to recall the main point of purges is to remove those who might cause trouble for the oligarchs.

The most worrisome announcement would be if an officer was found to be a “white supremacist.” Maybe he — none of the culprits will be female — attended a Trump rally and will be discovered to own guns. What more proof of “white supremacy” do you need?

The media would act shocked by the bit of news about owning guns, as if a warrior would have no interest in weapons or hunting. But then our dominant culture doesn’t really expect our military members to be warriors anymore. It’s even a tad tasteless to say the word.

Again, the higher the rank the more dangerous the purges will be. Anything colonel or over and we’ll soon have the public Truth Commissions called for by the New York Times.

The Washington Post is already demanding a ban on militias. We need this, they say, to combat non-BLM, non-Antifa “domestic terrorism.” Their campaign forgets, as is their wont, the Second Amendment. If an officer or officers are purged, look for Congress to act on the Post‘s demand.

A month ago we warned that Congress was in the mood, as it was twice before in history, to pass anti-sedition laws. If you heeded that warning, you weren’t surprised when the feds began using the s-word after January 6th. Journalists, too.

If you think the oligarchy will allow the military to remain outside its homogenizing efforts, you’re likely to be disappointed.

My own guess is that the purges will be minimal — this time. We’ll hear that a few people were warned against using memes the oligarchs don’t find funny, but normal people think hilarious. But the whole effort will still have served its purpose. If you think the oligarchy will allow the military to remain outside its homogenizing efforts, you’re likely to be disappointed.