When Congress Makes It Illegal to Question Government 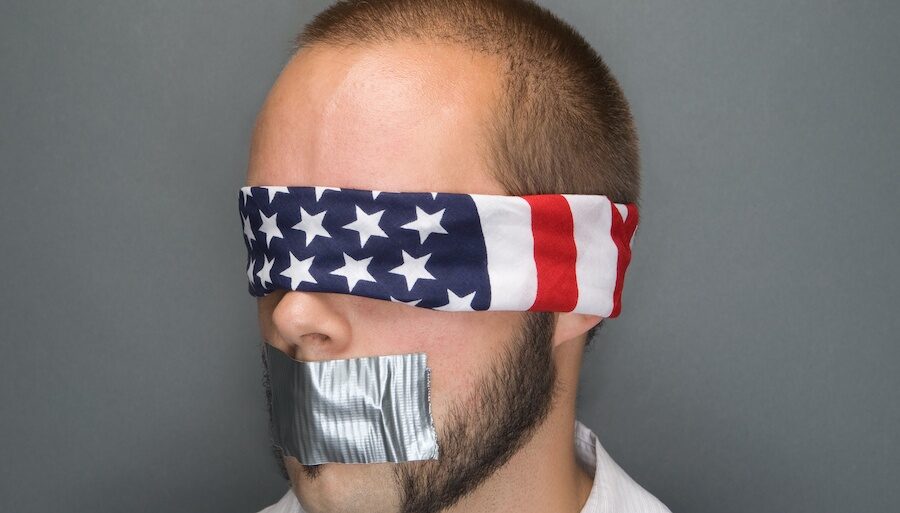 The air has been so crowded with fluff and propaganda from the debased media about the so-called MAGA Capitol “insurrection,” you probably missed what Congress did.

They only passed a law against “publishing … false, scandalous, or malicious writing” against the government.

Who gets to decide what “false, scandalous, or malicious writing” is? Not you, not I, that’s who.

One of the bill’s sponsors was John Allen of Connecticut. He justified his support by saying, “Liberty of … opinion is calculated to destroy all confidence between man and man. It leads to the dissolution of every bond of union.” Best not to have liberty of speech, then!

It didn’t take long from the passing of this act before they hauled in one James Thomson Callender — have you even heard his name?  who said the Congress was a “continual tempest of malignant passions” and that our upcoming president was a “repulsive pedant, a gross hypocrite and an unprincipled oppressor.”

Callender got nine months jail for this!

The Act was the Sedition Act, passed in 1798 as part of a series of similar measures to protect the sensitive government from having its feelings hurt. Okay, I’m kidding. The real motivation was that government officials wanted to protect themselves from feeling danger.

Congress hadn’t forgotten the time it had to flee the Capitol when it was under siege — for real.

Revolutionary War veterans surrounded the Capitol in 1787, then in Philadelphia, demanding their back pay. Soldiers jammed their muskets through the windows and said “Pay us or else.” Congress ran away and negotiated from afar (Princeton). Instead of money, Congress gave the soldiers IOUs.

As sometimes happens, the government came to it senses, and the Act was allowed to expire in 1801.

But, as happens much more frequently, government lost its memory and its mind once again. In 1918, having learned nothing from its earlier failure, Congress passed a new Sedition Act.

This new Act “forbade the use of ‘disloyal, profane, scurrilous, or abusive language’ about the United States government, its flag, or its armed forces or that caused others to view the American government or its institutions with contempt.”

A few people took it in the neck because of this new Act, too. Example: “In April 1918, the government arrested industrialist William C. Edenborn, a naturalized citizen from Germany, at his railroad business in New Orleans, Louisiana. He was accused of speaking ‘disloyally’ when he allegedly belittled the threat of Germany to the security of the United States.”

Again, as before, overblown fears by government officials, that sensitive set, abated. The second Act was repealed in 1920.

This was before a second “siege” of unarmed soldiers, incidentally, who, in 1932, once again surrounded the Capitol demanding their back pay for WWI. The Senate refused, the soldiers dispersed.

Enter 2021. The government, and the elites buzzing about government, once again fears its people.

Take the nervous Lieutenant Governor John Fetterman of Pennsylvania. He said about the election, “This idea that saying that Pennsylvania was ‘rigged’ or that we were ‘trying to steal the election’ — that’s a lie. And you do not have the right, that is not protected speech.”

Nancy Pelosi, true to form, coming down on the wrong side of every question, wants members of Congress who she deemed “accomplices” to the Capitol protest, hunted down and “prosecuted.”

It All Depends On What ‘Is’ Is

Big Tech immediately began to purge dissenters, including President Trump, and Big Corporate promised to withhold donations from those who question the election. But there’s much more brewing.

Now The New York Times is musing, “Instead of protecting speech, the First Amendment might need to be invoked now to constrain certain forms of speech.”

We also have the media and academia supplying ammunition to politicians who want to crack down on free political speech about the election.

The New York Times has an in-depth analysis on the subject, distilling arguments from our top academic minds, who conclude, most reluctantly, that people can’t be trusted with speaking freely.

“Instead of protecting speech, the First Amendment might need to be invoked now to constrain certain forms of speech.” What’s more important? Liberty, or the government feeling safe? That semi-rhetorical question proves, once again, it’s not the Constitution that rules, it’s those who interpret it.

It’s too early to tell if Congress will pass another Sedition-like Act. But given how they’re acting, we would be wise to prepare for it.