The Naysayers Will be Forgotten 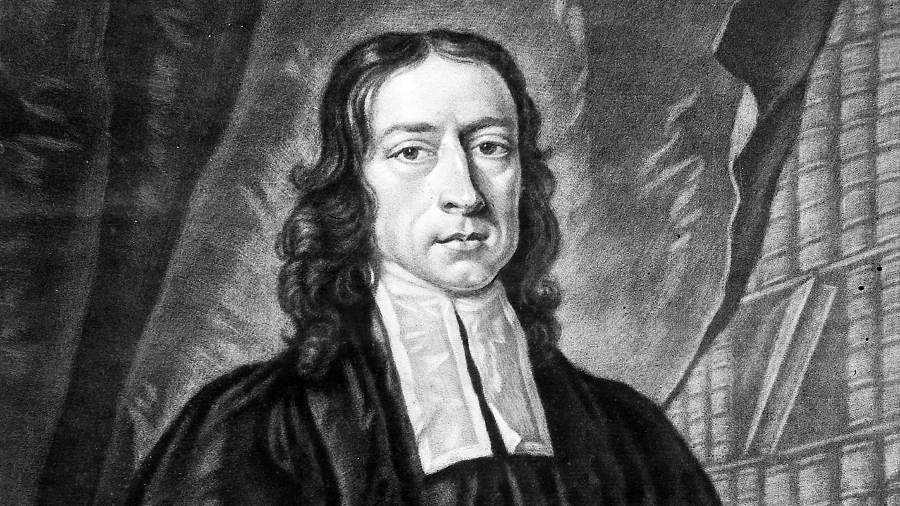 The prominent French historian, Professor Elie Halévy, claimed that “it would be difficult to overestimate the part played by the Wesleyan revival” in transforming England, actually calling it “the moral cement” of the society and stating that the revival explained “the miracle of modern England.” Illustration: John Wesley. Mezzotint by J. Faber, junior, 1743, after J. W

Here’s a little Bible quiz for you. Name for me the 10 Israelite leaders who were sent by Moses to spy out the land of Canaan, only to return with a bad report, saying, “We cannot take the land!”

You can’t name them?

Let’s make it easier. Name for me just one out of the 10 who came back with a negative report.

Still can’t do it?

Then let’s try this. Name for me the two leaders who said, “We can take the land, because God is with us!”

I can already hear your answer: “Joshua and Caleb!”

The reality is that, over the course of time, the naysayers and the doubters and critics will be forgotten, while the people who believed God and acted in faith will be remembered.

It has happened before and it will happen again.

That’s because the fruit of faith — by which I mean, the results of stepping out in faith to trust God’s promises — will always leave the emptiness of unbelief in its wake.

People may mock and malign today, but when the thing they rejected lives on in power and with the evident blessing of God, the bankruptcy of their position will be exposed.

To give some examples from the 1700s, have you ever heard of Rev. John Kirkby? How about Bishop George Lavington? The names don’t ring a bell?

What about Rev. Alexander Garden? Never heard of him either?

How about John Wesley or George Whitefield? Of course you’ve heard of them!

Wesley and Whitefield were two of the prominent leaders of the great 18th century awakenings in England and America.

In contrast, Kirkby, Lavington, and Garden were some of the ministers who hotly opposed and maligned Wesley and Whitefield. Yet the names of these destructive critics have long since been forgotten, while the names of those who stood tall for the purposes of God in their generation are honored to this day.

It’s the same with Charles Chauncy and Jonathan Edwards, both prominent ministers in the 1700s in America.

The pattern repeats itself.

As I pointed out in the Revival Answer Book, in his illuminating work on the life of John Wesley, J. Wesley Bready contrasted the harsh judgments of Wesley’s 18th century opponents with the retrospective judgments of later historians.

Writing in 1750, twelve years after Wesley’s famous conversion, Rev. John Kirkby described “the horrid blasphemies and impieties taught by those diabolical seducers called Methodists.” He continued: “They pray in the language of a saint to Beelzebub himself,”  and “their religion could be forged nowhere but in the bottomless pit.”

And how did he speak of Wesley himself, one of the saintliest men ever to grace the Church? Kirkby called him “that emissary of Satan,” whose religion is “as opposite to Christianity as heaven is to hell” and “whose damnation will be just.” (Remember: This was written by a concerned minister!)

Called “Fortune Tellers” and “Conjurers,” Then Sued for Libel

In light of such horrific charges, it is no surprise that Kirkby, the Rector of Blackmanstoke, warned people to stay away from these damnable meetings: “You should be as much afraid to come near their assemblies as you would be to put your hand into the den of a cockatrice.” Yes, stay away from these diabolical Methodists!

According to Bishop Lavington, the “whole conduct” of the disciples of Wesley and Whitefield was “but the counterpart of the most wild fanaticisms of the most abominable communion in its most corrupt ages,” while Dr. Smollet, in his 1760 History of England could write of “weak minds” being “seduced by the delusions of superstition.”

Bready notes that by 1740, just a few years into the ministries of Whitefield and John and Charles Wesley, “more than one hundred anti-revival publications had poured from the Press; by the close of the century, their number was Legion,” with some works calling the Methodists “fortune tellers” and “conjurers,” and another author suggesting that legislation be passed to “cut out the tongues” of field preachers.

In fact, Alexander Garden actually succeeded in bringing Whitefield to court for contempt “of His Majesty and his laws [for] … a false, malicious, scandalous, and infamous libel against the clergy in this Province,” although the case was eventually decided in Whitefield’s favor.

Such was the savage attack endured by the leaders of the great Methodist revival. The verdict of history has been radically different.

The Verdict of History

The prominent French historian, Professor Elie Halévy, claimed that “it would be difficult to overestimate the part played by the Wesleyan revival” in transforming England, actually calling it “the moral cement” of the society and stating that the revival explained “the miracle of modern England.”

In 1928, Archbishop Davidson observed that it was “not too much to say that Wesley practically changed the outlook and even the character of the English nation,” while in 1922, British Prime Minister Lloyd George said that the Wesleyan movement was responsible for “a complete revolution effected in the whole country” of Wales, and that it was impossible to explain nineteenth century England without first explaining Wesley. In fact, he claimed that “you cannot understand twentieth century America, unless you understand Wesley.” And this was the man who was sometimes pelted with rocks and feces when he preached!

So if you are doing the will of God, walking in obedience to Him and truly trusting His Word, don’t let the naysayers and mockers get you down.

Instead, pity them, pray for them, and keep up doing what is right. Not only are they missing out on the good things God is doing today. But they will also wind up on the wrong side of history tomorrow.

As D.L. Moody said to his song leader Ira Sankey when U.K. ministers criticized Sankey’s music, “We know we’re doing right. These men are two centuries behind Boston. Pity them and keep on singing, Sankey.”