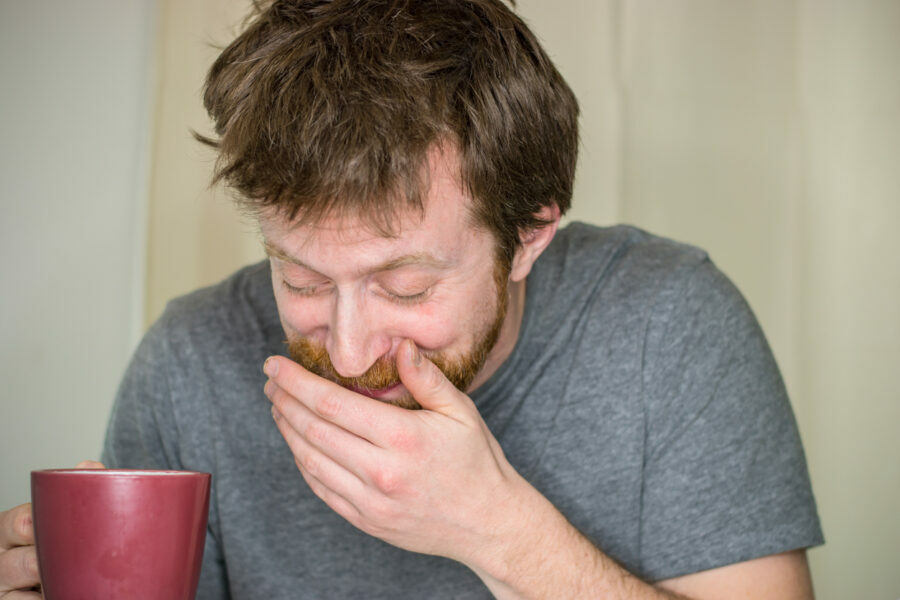 But there’s danger ahead. Spit takes after hearing the Biden quotes may scald anyone sitting next to you.

You know how Joe Biden, Secretary of State Antony Blinken and the head of the Joint Chiefs of Staff are saying they had no idea Afghanistan would fall apart so quickly? That nobody thought so?

In fact, Gen. Mark Milley declared on Wednesday, “There was nothing that I or anyone else saw that indicated a collapse of this [Afghan] army and this [Afghan] government in 11 days.”

I mean, it’s not like they had a legion of State Dept. officials in Afghanistan warning them it was going to happen. Oh, wait. They did!

On July 13, two dozen or so State Dept. officials at the embassy in Kabul sent a confidential memo to Blinken warning of imminent collapse, the Wall Street Journal is reporting. Says WSJ:

The classified cable represents the clearest evidence yet that the administration had been warned by its own officials on the ground that the Taliban’s advance was imminent and Afghanistan’s military may be unable to stop it.

Was Biden briefed on the warning? If not, why hasn’t Blinken been fired? If he was briefed, how does he not resign in disgrace?

Time for “Did He Really Say That?”: Biden’s Stephanopoulos Interview Edition

Joe Biden’s heavily-edited interview with ABC is loaded with head-scratchers. (ABC released what it says is the full transcript.)

This clip contains some of Joe’s golden nuggets.

Biden claimed chaos in Afghanistan was unavoidable. Donald Trump claims Biden brought about the chaos by doing everything backwards.

First you bring out all of the American citizens. Then you bring out ALL equipment. Then you bomb the bases into smithereens—AND THEN YOU BRING OUT THE MILITARY. You don’t do it in reverse order like Biden and our woke Generals did.”

T. Becket Adams is even tougher on Biden. He tweeted:

Biden on Whether He Was Told By Military Leaders to Leave Troops Longer Term to Facilitate Departure of Americans and Afghan Allies: “No. No one said that to me that I can recall.”

Uh, Jen Psaki, your own press secretary, said in April the leaders did just that.

Where is Psaki, btw? Why isn’t she giving daily briefings? She and Kamala get a great deal on a spa getaway and refunds aren’t available? Are they in hiding in solidarity with the Afghan women scared to death to step out of their houses?

Biden: “We Don’t Have Military in Syria”

We have 900 troops in Syria. But why would the commander-in-chief know that?

Biden on Scenes of Afghans Falling from US Planes in a Desperate Effort to Flee. “Look, That’s Four Days Ago.”

How bad is your short-term memory when four days ago is treated like ancient history? Seriously, could a statement be more callus? Yeah. Check this out.

Biden on Whether Chaos and Death Were “Always Priced Into His Decision”: “Yes.”

Here’s the clip if you missed it.

For two years now, Special Counsel John Durham has been investigating the origins of the Russia hoax and the Obama FBI/DOJ/CIA’s efforts to perpetuate the hoax. Durham has reportedly convened a grand jury, and is preparing a final report.

40 Senate Republicans have sent a letter to Attorney General Merrick Garland demanding that he release the full report when it’s finished. They also demand that he and the DOJ not interfere with any prosecutions Durham may seek. And that Durham’s investigation “be allowed to continue unimpeded and without undue limitations.”

Given that the man who appointed Garland was in the room when Obama, Comey, Brennan, et. al. decided to use the Trump-Russia Collusion hoax to sabotage the incoming administration, that letter’s going straight into the shredder.

For several hours Thursday the streets near the U.S. Capitol and Library of Congress were blocked off, thanks to a man in a pick-up who claimed he had a bomb. Thankfully, the man surrendered peacefully.

Doesn’t he know trying to blow up federal buildings is soooo 2020? Heck, try it in Portland — they won’t even give you a ticket for double parking.

Will California’s recall election be fraudulent? Does Venice Beach like bikinis?

We’re not being paranoid. Check out this surveillance video. It shows two women opening an apartment building mailbox with a USPC key…and grabbing a bunch of recall ballots.

2 women caught on camera stealing CA Gov. Recall Election ballots out of apartment mailboxes using a USPS master key to open the entire mail box at once. This was in Valley Village earlier this week. Another man was caught with hundreds of ballots in Torrance as well. pic.twitter.com/5TU1xc2KzP

Where’d they get the key? Who they working with and for? How often have they done this before? Do you still wonder how Biden ended up with “81 million votes”?

Even if you do fill out a ballot, California’s made it easy to figure out how you voted. And for bad actors to interfere.

A woman named Amy Rose Cox has posted an intriguing Instagram video. Seems that if you vote “Yes” on the ballot to recall California Governor Gavin Newsom, and you fold and put that ballot in the provided envelope the most natural way, a hole in the envelope exposes that you have voted “Yes.” Meaning, anyone with access to the ballot, from postal worker to election worker, can simply toss anti-Newsom ballots away.

So, Californians, if you want Newsom gone, make sure to put your ballot in the envelope in a manner that hides your “yes” vote.

With support for the administration collapsing, wouldn’t this be the perfect time for the report to be released?

A stunning new offering from John Zmirak, “Should We Get Vaccinated on Our Right Hands or Our Foreheads? Asking for a Friend.”

Al Perrotta is the Managing Editor ofThe Stream, chief barista for The Morning Brew and co-author, with John Zmirak, ofThe Politically Incorrect Guide to Immigration. You can follow him at @StreamingAl atGab,Parler, MeWe and nowGETTR.