Plus the most beautiful story of leadership you'll hear this year. 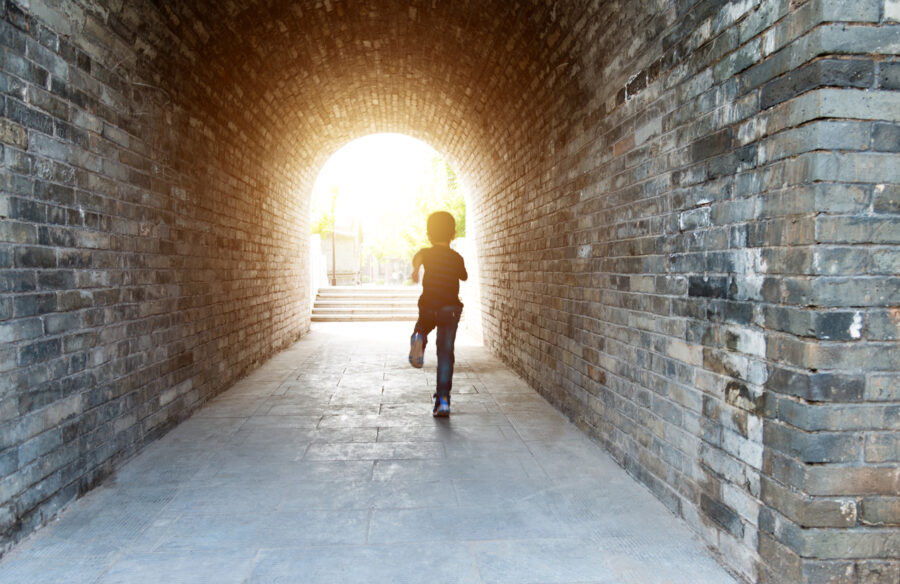 Love is in the air and on The Stream. Check out “Love, Grace & Rock-n-Roll: Valentine’s Day Reflections from the Stream Staff.”

Massive news going on, but we can’t help but start with a beautiful story out of North Macedonia. A lovely tale of leadership. And oddly enough, we end with a queen of Macedonian descent.

A Story of Leadership

11-year-old Embla Ademe was being bullied at her school in the city of Gosivar in North Macedonia. Embla has Downs Syndrome, and parents of the other children wanted her kept separate. And kids, well, we know how kids can be.

North Macedonia President Stevo Pendraovski got wind of the bullying. So what’d he do? He walked Embla to school, hand-in-hand.

In Gostivar, North Macedonia, an eleven-year-old girl with Down Syndrome was separated from her classmates when their parents complained about her being in the same class as their kids.

This week, the President of North Macedonia travelled to Gostivar and walked her to school.👇 pic.twitter.com/LgTt5cAl4a

Though the pictures say it all, Pendroavski’s office released a statement, which reads in part, “The President said that the behavior of those endanger children’s rights is unacceptable, especially when it comes to children with atypical development.”

“They should not only enjoy the rights they deserve, but also feel equal and welcome in the school desks and schoolyard. It is our obligation, as a state, but also as individuals, and the key element in this common mission is empathy.”

“It will help children like Embla, but it will also help us learn from them how to sincerely rejoice, share and be in solidarity.”

That is leadership. This is not:

Canadian Prime Minister Justin Trudeau, via his Public Safety Minister, is threatening to target Americans who financially support the Freedom Convoy. Around $8.7 million has been raised via the Christian crowd-funding site GiveSendGo. (This after $10 million was raised through GoFundMe before GoFundMe shut down the effort.) Canadian courts have put a freeze on the $8.7 million, though GiveSendGo vows to fight back.

In fact, Trudeau’s even blaming Americans for the troubles he’s having.

Wait a sec. What’s this about Trudeau being Castro’s son? (Tucker Carlson’s been tossing that in in recent days.) Check out the pictures. And it’s a known fact that Trudeau’s wild child of a mother Margaret Trudeau used to hang out with Castro. The official story is they didn’t meet until after Justin was born. But you tell me …

Just to be clear, whether Trudeau has Castro’s biological DNA isn’t nearly as important as the fact he has Castro’s political DNA.

US Warns Russia Set to Invade Ukraine “Any Day Now”

The United States is warning a Russian invasion of Ukraine is “increasingly imminent.” “Any day now,” Pentagon spokesman John Kirby said Sunday. An hour phone call between Joe Biden and Vladimir Putin Saturday failed to move the needle. According to the White House, Biden told Putin the U.S. would respond “decisively and impose swift and severe costs” on Russia should Putin invade.

And I know this struck fear into Putin’s heart, an invasion would “diminish Russia’s standing.” You can forget about standing in front in group photos at the UN, mister!

Though its hard to believe anything out of this administration or understand why Ukraine’s border is more important than ours, let’s assume Russia is about to launch a bloody invasion of Ukraine.

Can we ask some questions?

Let’s add a fifth: What exactly did Obama-Biden-Soros do in Ukraine in 2013-2014 that had their loyalists like Victoria Nuland, Alexander Vindman and Biden Point Man-turned-Anti-Trump “Whistleblower” Eric Ciaramella panicked that Trump would find out? Sure, the U.S. helped overthrow the democratically-elected president to put in Nuland’s anti-Russian guy. But was there more?

Meanwhile: A pair of must reads on the topic:

John Zmirak on the Russia-Ukraine crisis and the historic dangers of sticking our nose in. “Our Fragile, Divided Nation Can’t Risk a War with Russia.”

Another Crazy Conspiracy Theory That No Longer is Crazy: School Has Children Use Pizza Toppings to Describe Their Sexual Likes and Dislikes. Where Have We Heard Pizza Being Used as Code for Sexual Activity With Underage Children Before?

Remember Pizzagate? It was an absolutely crazy “conspiracy theory.” The basic idea was that a ring of elites in Washington (such as Clinton right hand John Podesta) were using pizza metaphors to hide their pedophile actions and preferences. I mean, that’s nuts! Who would use pizza as a way to communicate sex acts involving children?

A headline from the New York Post: “Connecticut students told to use pizza toppings as metaphors for sex.” This happened at the John F. Kennedy Middle School. Eighth-graders were given a “Pizza and Consent” assignment. The students – these children – were told to choose different toppings to state their sexual likes and dislikes. For example: “Likes: Cheese = Kissing. Dislikes: Olives = Giving Oral.”

Enfield (Yes, the same Enfield where Jonathan Edwards preached his most famous sermon) Public Schools Superintendent Christopher Drezek said the assignment was “inadvertently” sent to eighth graders.” It was a “mistake.” Call it for what it really is: Grooming.

Congratulations to Parents Defending Education for exposing this shocking story and weak excuses. As one parent put it:

“I’m not sure how a teacher accidentally asks for the personal sexual preferences of 8th graders without any indication it is completely inappropriate to do such a thing?”

White House press secretary Jen Psaki recently suggested children don’t mind wearing masks. More and more experts are now saying out loud what most of us have known for two years; that masking children was a very bad idea. But what do children themselves think of masks? Check out the reaction at this one school when kids were told the masks can come off.

Kids reacting to no longer being forced to wear masks is the best video you’ll see today. pic.twitter.com/1MDDT61TWn

A new take on the Agatha Christie classic Death on the Nile opened Friday. Directed by and starring Kenneth Branagh, the film features a galaxy of stars. For example, comedian-podcaster Russell Brand going far against type playing a reserved doctor.

However, the movie’s been banned in Lebanon and Kuwait because Wonder Woman Gal Gadot is in the cast. Those Muslim countries want no part of the movie because the Israel-born screen beauty served in the Israeli Armed Forces.

Will be interesting to see the reaction of the Muslim world to her upcoming film Cleopatra. An Israeli playing Egypt’s Queen of the Nile? Gadot’s already gotten grief because she’s white. (Critics say an African or Arab should have been cast. As it happens, Cleopatra was mixed race or white, being of Macedonian descent. But haters gonna hate.)

Coming up this morning, the bombshell story about how Clinton operatives were spying on Donald Trump in the White House.