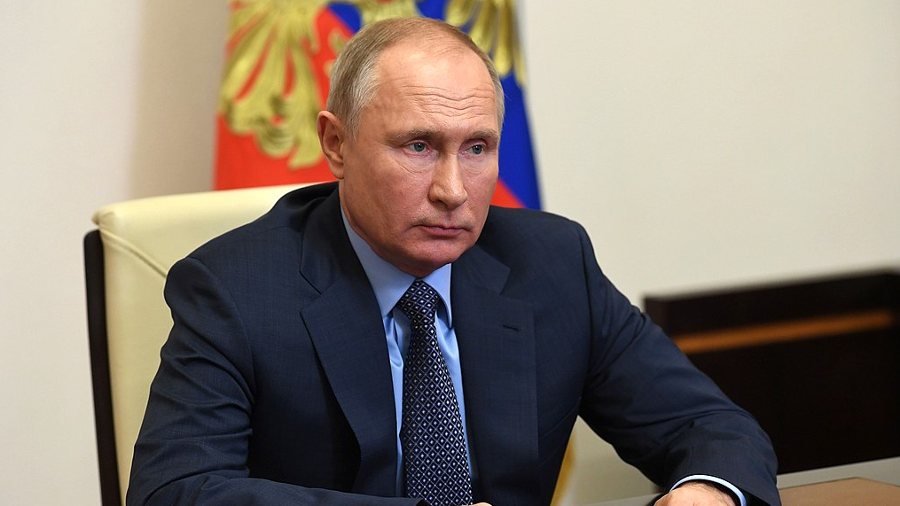 Last week I analyzed several global hot spots that are connected to Islam. (Of course, that topic could be a regular column.) Today I will take a similar look at some other nodes of potential conflict. But this time in terms of their relationship to Russia.

Ukraine: Why an issue?

Of course, Russia’s threatened invasion of Ukraine dominates the news from Europe. I covered the reasons for Moscow’s obsession with that country in an article late last month. Here’s a brief recap. Kyiv was the center of the first Russian state, a thousand years ago. The Crimean Peninsula contains Russia’s only warm water port. And Crimea was part of Russia for centuries. Then there’s Russian paranoia about being invaded from Western Europe. Why? Well, it’s happened five times in the last four centuries. Also, since the fall of the USSR, Moscow has relied on earlier Western promises not to expand NATO into Ukraine or Georgia.

Ukraine: Why an issue now?

Still, all of these factors have applied for years. So why threaten Ukraine now? And why is Russia staging military exercises in Belarus, its puppet to Ukraine’s north? Joe Biden. Putin, like other foreign leaders, knows our 46th President is weak at best. Addled and incompetent at worst. Look at American forces’ Vietnam-esque withdrawal from Afghanistan. Joe did that.

Also, Biden’s Leftist “Green” agenda sabotaged U.S. oil production. We have fallen from first to third. The new number one? Russia. No wonder Putin thinks Biden is feckless. He is. America is functionally leaderless. Western Europe, meanwhile, gets 35% of its natural gas from Russia. So they aren’t about to risk drinking cold espresso over Ukraine. Still, I doubt Putin will give the go order. He just wants to keep NATO out, the Crimea in, and the Germans down. Thus sharing one objective with the French.

What has Moscow to do with Beijing?

What about Russia’s newfangled “partnership” with Communist China? Putin met Xi Jinping in Beijing last week for the Winter Olympics. They more or less agreed to oppose everything the U.S. does. Although we need to remember that while China is ideologically Communist, Russia isn’t. It’s no longer the USSR. Something certain American politicians can’t seem to get straight. Russia is nationalist and Orthodox Christian. China is nationalist but also controlled by the Communist Party. They are engaging in mutual “the enemy of my enemy is my friend” diplomacy.

They Both See the US as a Fading Hegemon

Why? Because both buy into world-systems theory. This posits that European capitalist countries expanded globally, starting in the 15th century. They created an economic “world-system” that’s reigned ever since. The most power countries, or “hegemons,” were, in order, Spain, Holland, Britain, and the U.S. With the demise of the USSR, the system became “unipolar,” dominated by America. But Russian and Chinese strategists see this system collapsing, and the world returning to a “multipolar” arrangement. As has been the historical norm. Of course, some of us suspect that China actually wants to replace the U.S. at the top of the global food chain. Not simply share power.

Putin probably knows this. Russia, despite its massive amounts of oil, gas and nuclear weapons, lacks the population and economic power to reach hegemony. But he’s willing to work with a potential rival in order to humble his current one. Which is too bad. The U.S. and Russia have more in common with one another than either one has with China. But thanks to decades of Western, particularly American, stupidity, Moscow is once more in Beijing’s camp. And China thinks it can correct the last 500 years of history, which from its perspective has been a Western-dominated mistake. (More on that in a future article.)

Russia is also meddling in the Western hemisphere. Putin’s government is either resurrecting or ramping up relations with Cuba, Nicaragua and Venezuela. Why? To antagonize the U.S., force it to possibly spend even more on defense, and repay America tit-for-tat for arming eastern European countries. Such Cold War tactics might have unintended consequences, however. Few think Moscow would be stupid enough to repeat the Cuban Missile Crisis mistake. And in these days of hypersonic missiles, there would be no military need for Russian missiles that close to the U.S. No, Putin just wants to thumb his nose at the Monroe Doctrine. Especially since he doubts Joe Biden will enforce it. Or can even spell it.

Perhaps the region where Russia is the most active is the Middle East. Particularly in opposing the U.S. Since the Syrian Civil War started over a decade ago, Moscow has backed the al-Assad government. The U.S.? Obama supported what he kept telling us were “Syrian freedom fighters.” But they turned out to be Sunni jihadists. Trump wisely stopped that policy, and indeed had Special Forces kill ISIS’ “austere religious leader,” Abu Bakr al-Baghdadi. But overall both Democrats and Republicans, and the U.S. media, tried to turn al-Assad into Hitler.

While brutal, the Syrian leader represents the Alawis. The 10% of the population that fears genocide should a fundamentalist Sunni regime come to power. Unlike us, Russia backed him — and still does. Partly because they have their own problems with Sunni jihadists. Partly to keep in good graces with their main regional partner, Iran. (Iran is Twelver Shi`i. Syria is Alawi, which is a heterodox offshoot sect of Shi`ism.)

Moscow has been a lukewarm supporter of Tehran for decades. There are several reasons for this. Iran is close by, and could stir up trouble among its 10% Muslim population. They share economic interests in Central Asia and the Caucasus. And of course Iran opposed the U.S. at every turn, which no doubt pleases Putin. That said, last month Iranian President Ebrahim Raisi visited Moscow and proposed an upgrade of Iran-Russia relations. Putin’s response? No thanks. Several Russian geopolitical analysts think this is because Putin and senior advisors see Russia as part of Christian civilization. Thus, cooperation with the Islamic world has its limits. Perhaps that rapprochement with the U.S. is not impossible. In the long run.

Russia might not be our friend. But it’s not the implacable enemy the USSR was, either. Yes, the world’s largest country is indeed a potential existential threat to us — with the world’s largest nuclear arsenal. However, any honest reading of its foreign policy shows it to be a nationalist, not an ideological, rival. Russia is willing to get along, as long as we respect its sphere of influence. Which yes, includes Ukraine. The Russians are famous as chess players. But actually, Putin is playing poker. He thinks he has a good hand, and that Biden is more likely to fold than to hold. Especially since the American President doesn’t appear to be playing with a full deck. I’m betting Putin’s right.