The Morning Brew: The View Seeking Republican Co-Host. Must Think Like Liz Cheney 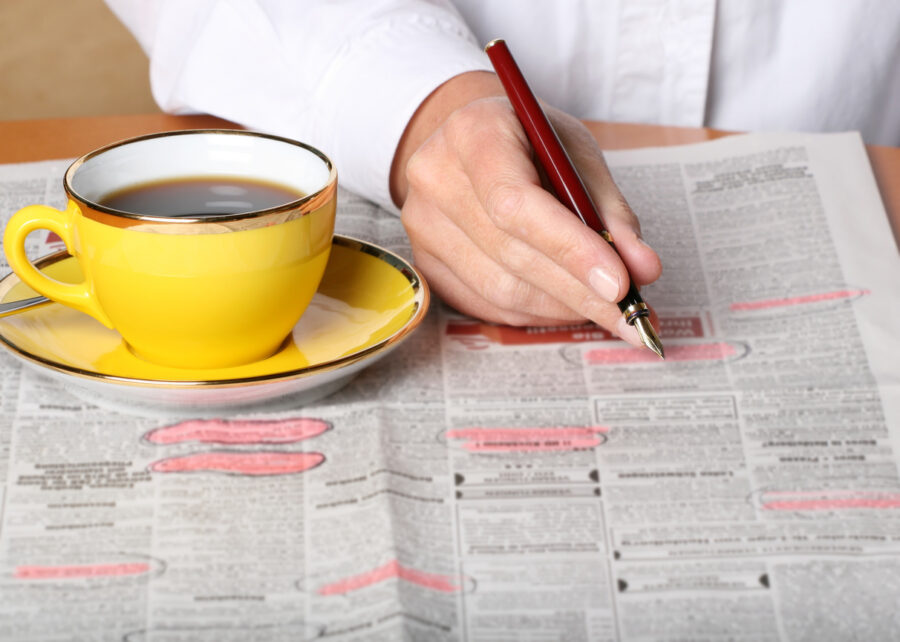 Happy Wednesday! Today everyone gets their brew with a good New Year’s resolution that will change their lives.

Today’s Brew should come with wedding cake, since it features the marriage of media and politics.

Help Wanted: The View is Having Trouble Finding a Republican Co-Host

Since Meghan McCain quit The View rather than spend another day soaked in the venom-filled spittle of Joy Behar and the rest, the ABC show has been on the hunt for another Republican to join the cast.

The search has been a dud, reports Politico. The reason? The View doesn’t want an actual strong, MAGA-supporting conservative. Even with a three-to-one advantage, the libs can’t handle that. They’re trying to find someone who can appeal to “mainstream” Republicans … but:

In other words, they want a Never Trumper RINO. They want to shut out of their audience Trump’s 75 million voters and the majority of the nation that now believes the election was rigged.

Sources tell Politico that the show tried to land Fox News contributor and Gutfield! regular Kat Timpf. She’s libertarian, not even a Republican. But Timpf said no, citing her Fox deal and the history the show has of treating conservative women like trash. (And let’s be real: Would you rather be a nightly sidekick on the top-rated late night show in the nation or get beaten up every morning on a show 15 years past its prime?)

But all hope is not lost, producers of The View. Liz Cheney will soon be available.

A New Year’s Resolution for The View: “We resolve to just come out and admit we can’t handle opposing viewpoints. And will change our name to “The One View.”

The nation’s enduring a massive run on the need for COVID tests, what with the Omicron variant spreading like gossip in a school yard. The U.S. simply doesn’t have the tests available. One reason, as explained by FEE.com’s Brad Polumbo, is Biden’s federal red tape. It dramatically reduced the number of tests approved in the U.S., compared to our overseas allies.

Another reason is that in October, Biden rejected an offer from numerous public health institutions to help purchase and distribute free home COVID-19 tests in time for Christmas. As Vanity Fair reported, the 10-page plan also recommended a “Testing Surge to Prevent Holiday COVID Surge.”

Even though networks are covering the spike caused by Omicron and the long testing lines, ABC, NBC and CBS news ignored the bombshell Vanity Fair report. That from our friends at Newsbusters. Vanity Fair‘s a serious magazine and completely liberal. You’d think its story exposing the government for failing to protect Americans from the COVID virus would be a top of the news story. But … for some reason … it isn’t.

Sure, the nets were quick to note that Biden wants to send out 500 million tests starting next month. But mention that Biden rejected an offer that would have already had tests in the hands of Americans? Nah.

Speaking of Biden and COVID, after giving his little COVID address to governors Monday, Biden’s handlers again herded reporters away before they could ask any questions. Biden then knocked off for the rest of the week, heading up to Delaware for the 31st time since Inauguration Day.

What did Biden say during the press conference? “Seeing how tough it was for some folks to get a test this weekend shows that we have more work to do.” We do … because you turned down the chance to get people the tests they need.

A New Year’s Resolution for Joe Biden: “I resolve to remember what I didn’t do.”

Kamala Thinks Media Would Be Treating Her Better if She Were a White Male, Part Deux

We mentioned this Monday. According to The New York Times, Kamala Harris is blaming the harsh media coverage she gets on the fact she’s a woman and person of color.

How dare the media play clips of what she does and says!

Seriously, we missed an obvious question. Since the media is overwhelmingly Democratic, is Harris saying the liberal media is racist and sexist?

A New Year’s Resolution for Kamala Harris: “I resolve to put on my big girl pantsuit and stop playing the race and sex card.”

The media keeps calling Trump’s assertion the 2020 Election was stolen, “The Big Lie.”

CNN and MSNBC have also seen their ratings tank since Trump returned to Mar-a-Lago.

So you’d think news networks interested in the “truth” … and ratings … would love to have Trump on to talk about “The Big Lie.” They’d get to expose his false claims to his face. It would be perfect for them. And Trump has offered to walk right into their trap. He will publicly debate anyone on the facts of the 2020 Election.

What about you, Rachel Maddow? How about you, Anderson Cooper? Not only are the “Big Lie” pushers refusing to take Trump up on his offer, they’re not even talking about it.

“Has it been at all noticed that I offered to debate anybody, on television or otherwise, about the RIGGED Presidential Election of 2020[?]” Trump said in a statement. “With all the bravado out there, I have not had one credible person willing to stand up and debate me in order to defend the CROOKED election.”

Despite the ratings bonanza, the media can’t take the chance on debating Trump. The “Big Lie” meme will fizz and pop like champagne bubbles. For example, do CNN and MSNBC viewers know that a new analysis shows that the $419 million Zuckerberg spent in government election offices to position activists to gin up votes for Democrats netted Biden 65,222 extra votes in Wisconsin alone? Without those Zuckerberg-bought votes, Trump wins the state by 44,540 votes.

We end where we start. If the corporate media is too scared to even hire a MAGA supporter for The View, it’s no wonder they’re terrified of the real thing.

A New Year’s Resolution for the Corporate News Media: “We resolve to stop being scared of open debate. And facts. And truth.”

Jason Jones has spent the last six months trying to get people out of Afghanistan and now he’s helping those stuck behind. He explains his latest effort in “Why I Gave Afghans Coal for Christmas.

With yesterday’s Feast of the Innocents, Nolan Lewallen wondered “Are the Spirits of Pharaoh and Herod Roaming the Earth?“.