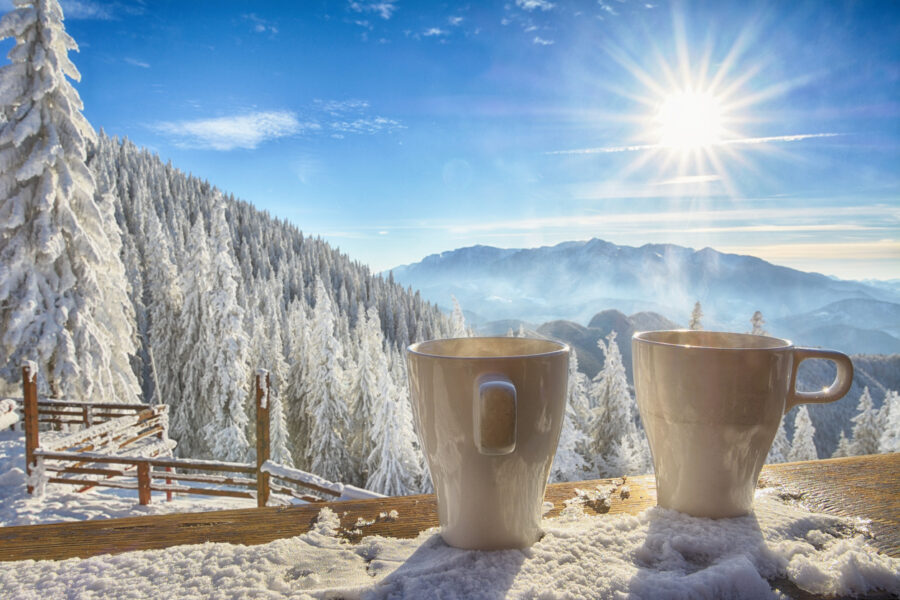 Worn and weary from Christmas cavorting? We’ve got a strong pot of Morning Brew to get your motor back running.

What’s it going to take for Democrats and the media to admit Joe Biden’s unwell? Biden unwittingly telling himself off on a live global telecast?

Apparently even that’s not enough.

On Christmas Eve, Joe Biden declared “Let’s Go Brandon.” Biden was taking part in a live stream of NORAD’s annual tracking of Santa when a parent he’d been talking to closed the call with “Merry Christmas … and Let’s Go Brandon.”

Biden replied, “Let’s Go Brandon, I agree.” It’d be hysterical if it wasn’t so scary.

The President and First Lady were speaking with kids calling NORAD about Santa when a dad butted in with, "Merry Christmas and Let's Go Brandon."

The crucial takeaway: The most powerful man in the world, the command-in-chief of the United States, is so out of touch and so far gone that he was completely unaware he was repeating an anti-Biden slogan. Seems kinda important, you think?

But no. The media and Democrats are focusing on doxing and dissing the caller and huffing over the supposed “right-wing slur.”

One more thing about the reaction. The media and Democrats like Eric Swalwell are more hostile toward a parent having a jest at Biden’s expense Christmas Eve than they are the racist thug who slaughtered grannies and children in the Waukesha Christmas Parade.

“There’s no animosity or anything like that. It was merely just an innocent jest to also express my God-given right to express my frustrations in a joking manner,” Schmek told The Oregonian, “I love him just like I love any brother or sister.”

Kamala Harris is now grousing that she wouldn’t be getting all the negative coverage she gets if she were a white male, according to the New York Times.

Harris is absolutely correct. If she were a white male she wouldn’t be getting all this negative national press.

Because no one would be paying attention to an obscure prosecutor in Sacramento.

“What do you think your biggest failure has been at this point?” Kamala Harris was asked by CBS’s Face the Nation. Her answer?

“To not get out of DC more,” she said with the cackle that could shatter Plexiglas. (Not 2 million illegal immigrants coming across the border she’s been put in charge of. Not the surge in crime, inflation, fentanyl deaths … to say nothing of not stopping COVID as promised during the campaign. But getting out of the office.)

.@VP Harris admits that her biggest failure is not leaving DC more due to COVID: “My biggest concern is I don't ever want to be in a bubble when it comes to being aware of and in touch with what people need at any given moment.”

Basically, Harris was saying that because of COVID, she’s been trapped in the Beltway bubble, stuck in the office with Joe for countless Zoom meetings. Ah, if only that were true.

She had plenty of time in 2021 to campaign in California for Gavin Newsome and in Virginia for Terry McAuliffe. Headline a “Pride” fundraiser for the DNC in June. A fundraiser for Michigan Gov. Gretchen Whitmer in July. Plus hobnob at her favorite knitting store in Alexandria. Plus every time she has travelled on government business, be it to Mexico or France, she’s made a mess of it.

Someone should spend less time in the CNN Green Room and more time in his prayer closet. A certain Father Edward Beck went on CNN, and declared the unvaccinated should not go to church services Christmas and Christmas Day. That, he says, is what Jesus meant by “love your neighbor.”

When challenged on Twitter with the actual reality of Jesus’ ministry, Beck doubled down. “Yes, he cured them. Part of the cure is vaccination.” Raheem Kassan offered a devastating reply. “You just ascribed the healing powers of the Son of God to a pharmaceutical conglomerate. Take off your frock, demon.”

John Cooper of the Heritage Foundation was more irenic, but equally critical.

Never mind that being unvaxxed doesn’t put the vaccinated any more at risk than being around other vaxxed individuals.

It’s incredible that an ostensibly Christian minister would actively seek to create such division within his own church. This is the opposite of Christ-like. https://t.co/lQ09lqzuMB

Cynthia Millen has been a U.S. swimming official for three decades. But on December 17, she resigned her position in protest of Penn State swimmer Lia Thomas being allowed to compete. Thomas, a biological male competing as a female, has been shattering women’s swimming records left and right.

“I told my fellow officials that I can no longer participate in a sport which allows biological men to compete against women. Everything fair about swimming is being destroyed,” Millen wrote in her resignation letter to USA Swimming.

Millen tells the Washington Times she hasn’t yet heard from USA Swimming, but thinks they’re worried about losing corporate sponsorship. They don’t want to appear that they’re not being inclusive, but this is not being inclusive. This is being deceitful.”

“Ugh, Hallmark Christmas movies are soooooo unrealistic,” you hear all the time. Take A Royal Queen’s Christmas, which premiered this year. In it, a piano-pounding prince agrees to be the accompanist for a children’s choir in the heart of Queens, NY. Yeah, sure. Some hotshot member of royalty is going to tinkle the ivories for a good cause.

Well, the Duchess of Cambridge, Kate Middleton — the future queen of England — has done just that.

To the delight and surprise of viewers, Middleton joined Scottish artist Tom Walker on piano for a beautiful rendition of Walker’s new Christmas tune “For Those Who Can’t Be Here.” The performance aired Christmas Eve on the Royal Carols: Together at Christmas TV special. Together at Christmas was put together by the Duchess as a “moment to recognise those who have struggled during the pandemic, as well as to celebrate the individuals and organisations who carried out inspirational acts of kindness and incredible feats to help those in need in our communities.”

Kate Middleton’s performance was a tightly-held secret. The Duchess got the idea for teaming with Walker after the singer performed at a benefit in October. According to the Daily Mail, Kate has been playing piano since she was a child, but was extremely nervous since she hadn’t played with other musicians in a long while. What with being a princess now and all.

But an impressed Walker says the Duchess “completely nailed it.”

‘I thought she absolutely smashed the performance; it’s not easy to just jump behind a piano with a bunch of musicians you’ve never played with before and record live takes to camera, but she completely nailed it.”

I think you’ll agree. What a beautiful song … and beautiful way to start the week.

John Stonestreet & G.S. Morris with a fascinating look at the rise in paganism. “Technoshamanism: Why a Post Christian Future is Still Religious.”

Plus Michael Brown’s latest, “The Bible’s Message of Love and Hope vs the Government’s Message of Darkness and Despair.”

And one more time: In my musical “Bethlehem,” I tried to imagine what was going through Joseph’s mind as he picked up his crying baby that first Christmas night. Here’s the result:  “A Father’s Love (Joseph’s Song).” Please check it out!