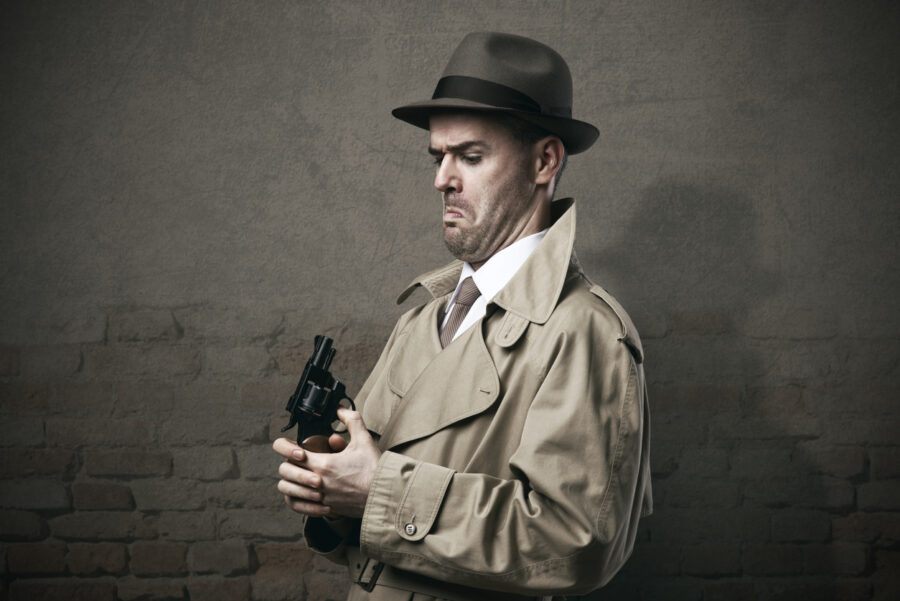 And our week starts with an astonishing blend of incompetency and entertainment.

Oops! Only Person Busted at Justice for J6 Rally Was a Federal Agent!

If you pay attention to the mainstream media last week, there was going to be this huge rally of dangerous Trump voters Saturday protesting in support of the political prisoners still being held as a result of the January 6 riot. Police in riot gear were marching the Mall. The Capitol put up fencing. Can’t bother with a fence on the border, but this was a serious threat. Cue dramatic music.

MAGA world smelled a trap. Donald Trump was urging supporters to stay away.

In the end, only about 100 people or so showed up for what’s being dubbed #FedFest2021. And it’s anyone’s guess how many were legit and how many were feds hoping to stir up trouble again.

Still, someone was arrested for carrying a firearm. That person turned out to be an undercover agent.

How about that?! More agents were busted on gun charges at Saturday’s bogus event than there were people arrested with firearms during the “Insurrection” on January 6?

It was such a joke, the Babylon Bee’s mock story was closer to the truth than anything reported in the lead up by the mainstream media. “FBI Rally in DC Ends Without Incident.”

This is definitely the gang that can’t shoot straight.

Which gets us to the Pentagon confessing its latest blunder.

Remember Gen. Mark Milley boasting about the “righteous” drone strike that killed an ISIS terrorist set to attack? Happened a day or so after the suicide bombing that killed 13 American service members and nearly 200 others. The White House was so proud of that strike. But when the Pentagon refused to name the terrorist they killed, you knew something was fishy.

Sure enough, late Friday … the best time to bury a story … the Pentagon confirmed that they hadn’t killed an ISIS terrorist. Instead they blew up an aid worker and 10 others, including seven children.

Almost as shocking, the Pentagon says no one will be punished for the mistake. Again, no accountability for the disasters of this administration.

Then again, it’s no wonder you’ve got the military mistaking aid workers for ISIS. You’ve got former President Bush mistaking grannies taking selfies in the capitol for al-Qaeda hijackers. See Nolah Lewallen’s “Slander in Shanksville” if you don’t know what I’m talking about. Or John Zmirak’s “Dubya, We Hardly Knew Ye.”

HUGE win for the Az Senate today! Maricopa settlement gives us all the data needed to complete the review of the routers & splunk log to the most comprehensive election audit in history. We got everything we need including the routers and more https://t.co/M0pCKCHXjr

Fascinating timing. Only one day after a Perkins Coie lawyer was indicted for his role in trying to fix the 2016 election, the County that’s been using Perkins Coie to help stop the Arizona audits into 2020 caved.

Maricopa also agreed to the deal just one week before Friday’s release of the initial findings of the Arizona Audit. The state’s been analyzing every one of Maricopa’s 2.1 million ballots.

Of course, the mainstream media will do everything in its power to ignore or dismiss the findings. They will attack the credibility of the audit with all guns blazing. But you can be prepared. We’ve come across a very nice link that gives “easy answers to popular criticisms of the Arizona audit.”

For people who are so insistent that Joe “Weekend at the Beach” Biden won legitimately, they sure are hell bent on stopping anyone from proving it. Yet another case in point:

On Friday, Senate Democrats in Pennsylvania sued to block Republican efforts to subpoena voting records as part of a forensic audit of the 2020 election.

Newsweek reports U.S. Congresswoman Mary Gay Scanlon and a colleague have also demanded the Department of Justice investigate the Pennsylvania state legislature for issuing the subpoenas.

San Francisco’s Mayor London Breed issued new mandates requiring people to wear masks indoors at clubs, unless eating or drinking. She promptly celebrated by partying maskless at a club with a BLM founder.

Breed, being a progressive politician, was unrepentant. “We don’t need the fun police to come in and micromanage and tell us what we should or shouldn’t be doing,” said Breed said in response to the controversy.

Here’s her story: “My drink was sitting at the table, said Breed. “I got up and started dancing because I was feeling the spirit and I wasn’t thinking about a mask.”

Hmmm. Maybe the London Breed Excuse can work for your child suffocating under a mask at school. “I’m not ignoring the mandate, teacher. I’m feeling the spirit.”

Rapper Nicki Minaj is fed up with the left trying to stop her from thinking for herself. Last week she launched a series of Instagram posts in response to being attacked for suggesting … gasp … people should research and pray and decide for themselves when it comes to vaccines. (She personally is okay with the jab.)

Yes, her, um, “colorful” way of expressing herself is not for a family audience. But she did say one G-rated thing gives you an idea, “Don’t tell me I can’t agree with a Republican.”

Biden answered that during the campaign. Don’t agree with him and “you ain’t black.”

Meanwhile, answer me this: Why are Nicki Minaj and Rose McGowan fighting the White House, Democratic and media suppression harder than Mitch McConnell and Kevin McCarthy?

While the Power Heads to the Beach …

Haitians are pouring over the border, the French are furious the U.S. stole their sub deal with Australia, Joe’s military admits they blew up children rather than ISIS terrorists. North Korea’s back launching missiles. Iran’s weeks away from having enough enriched nuclear fuel for a bomb. COVID, we’re told, is running crazy. The FDA voted thumbs down to booster shots. And Americans are still left behind enemy lines in Afghanistan.

Sounds like a perfect weekend for the President of the United States to disappear to his Delaware beach house. Yep. Biden took yet another weekend off.

But that’s okay. Kamala Harris was minding the fort, right? The border czar’s putting in double time to stop that massive flow of Haitians and friends in Del Rio. Well, actually, Harris only went to do the coin toss at the Howard-Hampton football game Saturday. In case you’re wondering, Harris was not greeted with any “F Joe Biden” chants at the game.

However, the chant was heard at several other college games this weekend. And at a vaccine mandate protest in Times Square.

Though he didn’t drop an F-bomb, the mayor of Del Rio, Texas wasn’t too pleased Harris was hobnobbing on the gridiron rather than doing her job. Bruno Lozano responded to her tweet about the game with:

The VP is able to visit the fun events across the country, while American communities continue to grapple with failed immigration reform. Where is the visit to Del Rio, TX? @potus @cnn @FoxNews @USATODAY @GovAbbott @CBSNews @NBCNews https://t.co/pt9DSwKn6p

By the way, Lozano is a Democrat.

Dr. Michael Brown stuns with a wrap-up of the “Political Hypocrisy, COVID and the War on Churches.” Including a church that refrains from alcohol being told they couldn’t hold services unless they got a liquor license.