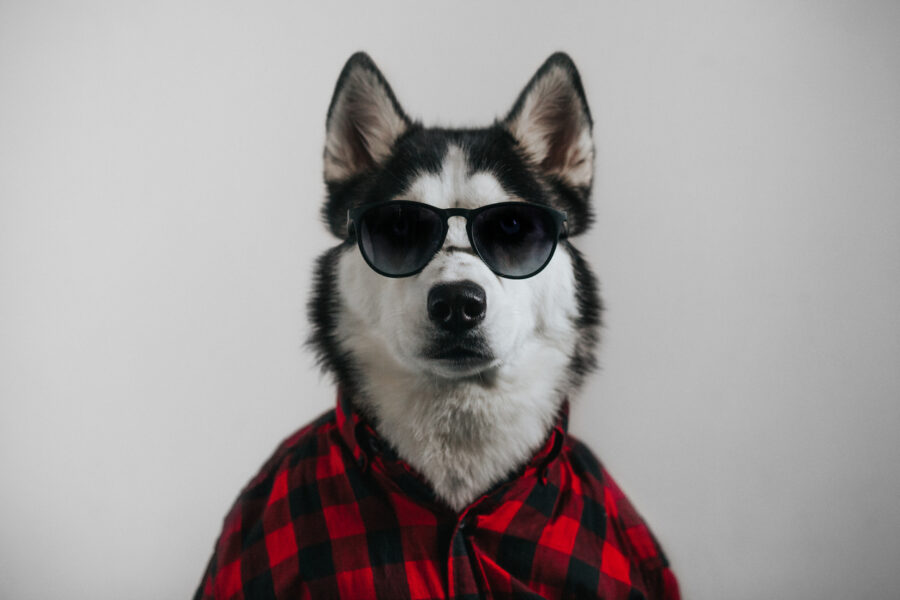 Talking about the Canadian truckers on Monday, Marquez remarked, “They want their freedom back, whatever that means.”

President Herbert Hoover said “Freedom is the open window through which pours the sunlight of the human spirit and human dignity.” Spirit and dignity are two words CNN has no working knowledge of.

The cybersecurity firm at center of Clinton’s spying effort on Trump … not to be confused with the FBI’s spying effort on Trump … is called Neustar. You know who else’s campaign has paid Neustar, according to FEC records and Washington Free Beacon? Joe Biden. Team Biden tossed Neustar $20,000 in 2020 for accounting and compliance. Well, Al, maybe that’s something they’re good at. Lots of campaigns take advantage of their expertise. No, according to Free Beacon, In fact, Hillary and Joe’s are the only two campaigns to spend money on Neustar.

Durham alleges that Rodney Joffe, Neustar and friends “mined” the White House traffic data “for the purpose of gathering derogatory information about Donald Trump.” Just wondering: Did Biden’s campaign pick up the tab for spying on Trump through 2020 campaign?

We’d ask Joe Biden, but at this point, he doesn’t even seem capable of remembering Barack Obama’s name.

Can Biden even remember what administration he served in?

Did Russia invade Ukraine yet? Today was supposed to be the day, according to U.S. officials. Instead, Russia announced some of its military units were returning to their bases after exercises along the Ukraine border. U.S. says that hasn’t been confirmed.

During a press conference with German Chancellor Olaf Scholz, Putin was asked how Russia will act next. According to NYT Moscow bureau chief Anton Troianovski, Putin responded with a smile: “According to the plan.”

You kind of got the idea things were not as dire as Joe Biden and National Security Advisor Jake Sullivan were trying to sell when Ukraine’s president appeared to mock the idea that Russia was going to invade on February 16. Instead, on Monday President Zelensky said, “They tell us February 16 will be the day of the attack. We will make it a day of unity,” he said in a video address to his nation. “They’re trying to frighten us by yet again, naming a date for the start of military action.”

Why has Zelensky been showing less angst about a potential invasion than Joe Biden? And does the “they” refer to the United States, since the Biden Administration was the one pushing the February 16 date?

Still, Biden was out there Tuesday, sounding bellicose. Said Biden, “Make no mistake, the United States will defend every inch of NATO territory, with the full force of American power.” Who’s he kidding? He won’t even defend an inch of our own Southern Border. Even when the invaders are dressed in camouflage.

"You literally have people in groups of 10, 20, 30 walking fully camouflaged from head to toe," Border correspondent reveals the tactics smugglers utilize to get migrants and drugs across the U.S. southern border.

Biden also trotted out another line: “To the citizens of Russia, you are not our enemy!”

NOW – Biden: "To the citizens of Russia, you are not our enemy." pic.twitter.com/s2N1qPQnrw

“Trump voters and school board parents are. And Corn Pop. He was a baaaad dude.” (Okay, we made up that part.)

Was all this huffing and puffing so Biden can take credit for stopping an invasion that wasn’t going to happen?

As Derek Hunter put it at Townhall: “Nothing makes sense, unless you entertain a couple of possibilities: 1, we’re led by morons, or 2, we are being lied to. There’s ample evidence for both, I just don’t know which way the scale tilts.”

Then again, maybe by the time you read this, tanks will be racing toward Kyiv.

Oh, Canada. What Are You Going to Do About Your Budding Dictator in Blackface?

Justin Trudeau took a knee for BLM, but is taking a hammer to hard-working truckers. And Canadian’s status as a free society.

The Canadian Civil Liberties Association has condemned Trudeau’s seizing of emergency powers. The CCLA says Trudeau has failed to meet the necessary requirements to invoke the Emergencies Act.

The Emergencies Act can only be invoked when a situation ‘seriously threatens the ability of the Government of Canada to preserve the sovereignty, security and territorial integrity of Canada’ [and] when the situation “cannot be effectively dealt with under any other law of Canada.”

The CCLC notes that the act “is there to address these kinds of extreme threats to Canada, not to protect the economy.” They conclude that Trudeau is wrong: “Emergency legislation should not be normalized. It threatens our democracy and our civil liberties.”

Even left-wing newspapers calling Trudeau out: “Invoking the Emergencies Act is a shocking admission of failure,” screams a Toronto Star editorial. Said the Star: “protests and blockades could and should have already been resolved by good intelligence, smart planning, and effective coordination among police forces.”

An Ottawa-based pollster Nik Nanos told the Associated Press he doesn’t think the protesters, many there with their families, will bail soon. “This is the equivalent of an Occupy Wall Street movement that will be at the front door of the House of Commons for a long time,” he said. “These truckers want to be in the face of politicians every day until these restrictions are lifted.”

While the U.S. media stands firmly against the Freedom Convoy, Christina Pushaw offers this “thought experiment”

The problem with a thought experiment for a lot these people? It’d would require thinking.

England’s Prince Andrew has settled the civil lawsuit filed against him by Virginia Giuffre. Giuffre claims she was forced to have sex several times with the prince while being trafficked by Jeffrey Epstein as a teenager. Andrew has long denied the sexual abuse allegation, despite photos of him being cozy with the teen while Epstein partner-in-crime Ghislaine Maxwell stands right beside him.

An unsigned letter included in the settlement filing says, “Prince Andrew regrets his association with Epstein, and commends the bravery of Ms. Giuffre and other survivors in standing up for themselves and others. Prince Andrew has never intended to malign Ms. Giuffre’s character, and he accepts that she has suffered both as an established victim of abuse and as a result of unfair public attacks.”

The sum of the settlement was not disclosed. Only that Andrew will make a “substantial donation” to Giuffre’s charity in support of victim’s rights. He’ll also “demonstrate his regret for his association” with Epstein by supporting the “fight against the evils of sex trafficking, and by supporting its victims.”

Great Scot! The DeLorean is Coming Back as an Electric Vehicle?

The DeLorean is coming back! Back to the future, one may say. A boutique Texas car company which restores old DeLoreans and now has the licensing to build DeLoreans, revealed a new model of the timeless — and time traveling — classic is on the way. This time, as an electric vehicle.

The new DeLorean will be fully unveiled later this year, and built at a new facility in San Antonio.

Presumably, this DeLorean will require fewer than 1.21 gigawatts to operate. But what happens when you go 88 miles per hour?

Yael Eckstein, President of the International Fellowship of Christians and Jews explains, “As a Jew, This is Why I Celebrate Black History Month.”