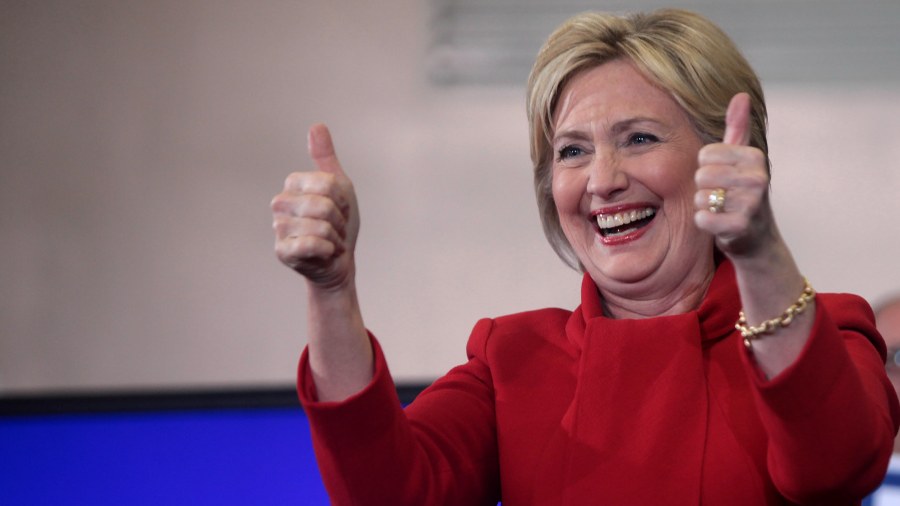 “We’ve never seen anything like this in American history,” said Mark Levin in the intro to his Sunday night show, referring to the “collusion” among the Obama/Biden administrations, the Hillary campaign/DNC, and Marc Elias/Michael Sussmann/Perkins Coie and the creators of the fake Steele “dossier,” all to push the Trump-Russia narrative and repeated coup attempts against President Trump. “That’s the insurrection.” he said. “That’s what took place — the effort to overthrow an elected President of the United States.”

Durham’s latest filing in the Michael Sussmann case, released Friday night, goes to a place that even we hadn’t anticipated — a place where Hillary’s people didn’t just spy on Trump the candidate. Most shocking of all, Durham says he has evidence to show they continued to spy on him after he became President, by way of “Tech Executive – 1,” Rodney Joffe, and his hacking of the President’s internet servers. (!!!)

In a sane world, this story would be the headline from every news outlet. It’s hardly possible even to describe how earth-shaking it is.

If we didn’t predict Durham would find this, it was only because we didn’t realize it was possible. If the President’s internet server, at that ultimate level of classification, is hackable, then who knows where our most sensitive national security information ended up?

The Government’s evidence at trial will also establish that among the Internet data Tech Executive – 1 and his associates exploited was domain name system (“DNS”) Internet traffic pertaining to (i) a particular healthcare provider, (ii) Trump Tower, (iii) DONALD TRUMP’S CENTRAL PARK WEST APARTMENT BUILDING, and (iv) THE EXECUTIVE OFFICE OF THE PRESIDENT OF THE UNITED STATES (“EOP”) [emphasis ours].

According to the report, Joffe “had come to access and maintain dedicated servers for the EOP as part of a sensitive arrangement whereby it provided DNS resolution services to the EOP.” They “exploited this arrangement by mining the EOP’s DNS traffic and other data for the purpose of gathering derogatory information about Donald Trump.”

In a sane world, this story would be the headline from every news outlet. It’s hardly possible even to describe how earth-shaking it is. As the story in RedState says,

This blows Watergate out of the water and makes it look like child’s play. Only in the current hyper-partisan environment, where Democrats can literally get away with anything, is this not a major political scandal. Here you have associates of Hillary Clinton, and allies of the law firm she was contracting to get dirt on Trump, using government channels to spy on him. And not just during the campaign, but after he became President.

Recall the way Trump was ridiculed for claiming Trump Tower was spied on. Well, it was, by Hillary’s people, and now Durham says he can show it was even worse — they spied on his personal residence, and even after he became President, they spied on the White House. FOX News took viewers down memory lane on Sunday, also reminding us that one of the conspiratorial liars, Jake Sullivan, is currently working in the Biden White House.

Byron York says this newest revelation proves Trump was right. In fact, one has to wonder if Trump might not have had an insider all along who advised him of what was happening. Somebody told him.

Ohio Rep. Jim Jordan, ranking Republican on the House Judiciary Committee, said Sunday morning that this new Durham filing shows the spying on Trump was “worse than we thought”, as it showed the government was working with Hillary’s campaign. “We’ve never seen anything like that in history.”

Kash Patel, former chief investigator of the Trump-Russia probe for the House Intel Committee, said the filing “definitively shows that the Hillary Clinton campaign directly funded and ordered its lawyers at Perkins Coie to orchestrate a criminal enterprise to fabricate a connection between President Trump and Russia.” Legal Insurrection has a comprehensive overview of the Durham filing, highly recommended reading.

“The Most Illegal Thing You’ve Ever Heard Of”

“Dilbert” creator and author Scott Adams, in his podcast “Coffee with Scott Adams,” addressed this on Sunday. “It looks like the campaign was definitely involved,” he said, “in something that looks like an insurrection.” I like his choice of words here: insurrection. “Now, keep in mind,” he said, “this wasn’t an FBI investigation, right? This was some lawyers who had some access to some technology guys who had some access to some data. This is about the most illegal thing you’ve ever heard of.”

And it happened to him after he was not just a candidate — which was bad enough — but the sitting President. Of all the things we’ve ever heard about that were said to be “worse than Watergate,” he said, this is the first one that really has been worse than Watergate!

Adams pointed out something we’ve noted before: that Jake Sullivan, who worked for Hillary and now is President Biden’s national security adviser, was deeply involved in this scheme. So was Marc Elias, who was, and is, busy trying to cook elections with new rules and redistricting, state-by-state, with the stated purpose of electing more Democrats.

“Basically, everything that was your worst imagination of what was happening seems to be coming true,” he said. He agreed with what we’ve been saying for years, that everything Democrats accuse Republicans of doing is what they, the Democrats, are doing. If you want to know what they’re up to, your first clue is the fake stories they tell about the GOP.

MSM Tosses This Bombshell Story Down the Memory Hole

Adams had checked CNN’s home page and, sure enough, the story wasn’t there, not even a little bit. Same with MSNBC. They’d tossed that file down the memory hole. And Democrats get away with this, because their audience watches only them. As if Democrats would ever tune in to Fox News to find out what’s going on!

So, what did CNN talk about Sunday morning? Main story on their home page: More on Joe Rogan and the n-word, with an opinion piece linking the fact that Rogan’s still on the air with the January 6 insurrection, saying both of these things tear at the fabric of our country. Not kidding.

(NOTE: For an update, we looked at the CNN home page late Sunday night. The Durham story still was not there, but we did learn that Team Fluff had won the Puppy Bowl.)

“They’re ‘disappearing’ a gigantic story, successfully…It’s mind-boggling,” Adams said, describing the scandal as “a Hillary Clinton insurrection against the government.”

As a palate-cleanser after that sad observation about the state of “journalism,” I’d like to leave you with an incredible piece of in-depth investigative reporting that explains just what “The Swamp” is, how it came to be, and how our government is now structured to incorporate what is essentially the fourth branch of government — the “Intelligence Branch” — which appears to be running the show. They’re not even accountable to the President, as they choose what intelligence to share with the White House. Please, when you can, make some time to take all of this in. It might be the biggest wake-up call for our country that I have ever read.

Finally, don’t miss the best video commentary from the weekend on what Hillary’s campaign did, from Steve Hilton on The Next Revolution.