The Morning Brew: Ringling Brothers Returning? Huma Assaulted by Senator? And Can the Attacks on Sinema Get Any Weirder? 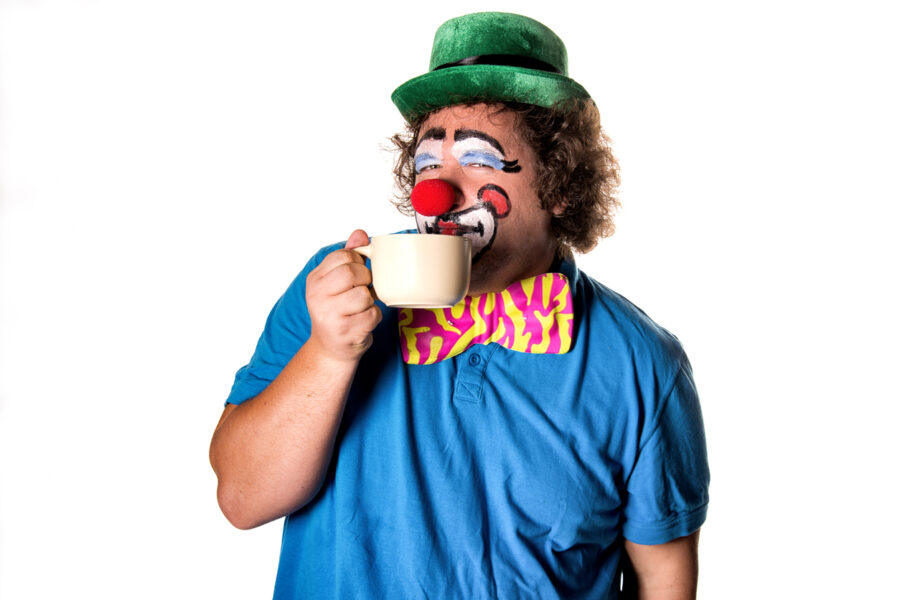 And an exciting day it is. And not just because the circus may be coming to town again.

But first, the three-ring circus that is the Swamp.

Hillary Clinton’s former top aide and gal pal Huma Abedin claims in a new book she was sexually assaulted by a U.S. senator in the early 2000s.

Abiden says the unnamed politician pinned her on his couch after she agreed to his offer to come in his building for coffee following a dinner with a group of senators and aides. (Her boss, then-Senator Hillary Clinton, was not at the dinner.) She pushed him off, and the senator apologized for “misreading signals” … then asked her to spend the night.

Point One: What senator would be stupid enough to jump Hillary’s galpal? Even if Hillary wasn’t around, you’d think they’d know enough to keep their hands off. You think JFK sleeping with a mobster’s girlfriend was dangerous …

Point Two: Abedin refused to name the culprit … even now in the #Metoo Era.  Meaning, he’s a Democrat. How will Abedin get through a book tour without being pressured to name the alleged assailant?

Do we know anybody who was a Democratic senator in the early 2000s, with a history of being accused of sexual assault, of “misreading signals” … and who’s both dense and full of himself enough to think he could jump Hillary Clinton’s young BFF? And who Abedin would have a vested interest in protecting in 2021?

Pretty obvious who comes to mind. However, odds are it’s not The Big Guy at all. What’s more troubling? That it seems like a very, very short list or that it may well be a long list?

The Strange Attacks on Sinema: Ruining a Friend’s Wedding? “Bad for American Bisexuals”? Attacking Her Clothes?

When radicals chased Sen. Kyrsten Sinema into a toilet she had to be thinking, “This couldn’t get any more ridiculous.” Wrong.

Over the weekend, protesters disrupted a wedding Sinema was officiating, despite the desperate pleas from the bride’s mother. The distraught bride offered the protesters a sarcastic, “Thanks for ruining my wedding.” What kind people ruin a stranger’s wedding?

Even more bizarre, Sinema’s refusal to budge on the Democrats’ economy-wrecking monstrosity of a budget and not caving to pressure to eliminate the filibuster apparently makes her a “bad” bisexual.

That’s the odd charge from Luz Alptraum in an NBC News op-ed. A writer concentrating on sex, Alptraum says Sinema might be “bad for bisexual Americans” because … she perpetuates the stereotype that bisexuals are “greedy” and “untrustworthy.” Did anybody even know that was a thing?

Said Alptraum in her diatribe:

Media outlets might not be talking about Sinema’s sex life, but her political reputation as greedy, unreliable and attention-seeking echoes many of the stereotypes my community has been dealing with for years.

How sick to slur Sinema, pretending it’s in defense of her “community.” Especially when in the column, Alptraum specifically points to the LGBT community itself as the source for criticism of bisexuals.

And what has Sinema done to deserve such ranting? Phil Boas of the  Arizona Republic has an idea. She and Joe Manchin “stood between Democrats and your money.”

When a reportedly atheist, bisexual veteran of Code Pink is considered too moderate for Democrats, we know we’re in the Twilight Zone.

Look at the bright side. At least they’re not going after Sinema for her clothing. Oh wait. They are! Fox News reports Sinema, whose fashion tastes are … um … “colorful” … is being slammed for wearing a denim vest on the Senate floor.

Dean went on to call Sinema’s denim faux pas “Worse Than Watergate!”  Well, he didn’t. But he will.

35% Think 2020 Elections Should Be Overturned

Fully 35% of Americans believe the 2020 election should be overturned, according to a new poll from Morning Consult/Politico.

39% say they don’t want the election overturned. And it’s not necessarily because they’re cool with election fraud or just love hyper-inflation, empty store shelves, foreign disasters and open borders. A majority of voters believe Joe Biden’s “win” was illegitimate. So this 39% must include those who think Trump won, but it’s too late or too problematic to change now and focus must turn to ’22 and ’24.

But what about the remaining 26%? Perhaps they didn’t want to answer for fear of being canceled. Or maybe rather than have the election overturned, they just want Biden’s presidency to be declared a mulligan.

Ringling Bros. and Barnum & Bailey’s Circus Could Be Coming Back … But Without Animals

Four years after shutting down, “The Greatest Show on Earth” is returning. Feld Entertainment, which owns the Ringling Bros. and Barnum & Bailey’s Circus, revealed during a conference last week that the circus will return in 2023. However, there’s a catch. When they come back, they’ll come back without animals.

The circus had a 146-year run before pressure from animal activists and higher rail costs brought the show to a close. Ringling Brothers dropped elephants in 2016, leading to a steep drop in ticket sales.

Juliette Feld Grossman, COO of Feld, says the new version will focus on human performers. Grossman herself had been a clown with the circus in her younger days, and became tearful when announcing the happy news.

Or maybe the water was from a flower she had in her lapel.

Did you know the idea of Christianity being at war with science was a fiction, drummed up by two discredited authors of the 19th century? Tom Gilson has the details in the latest installment of his series on the myths of faith and science. “‘Warfare Between Faith and Science’: One Myth to Rule Them All”

Mark Judge gives props to Monica Lewinsky and Christopher Hitchens for helping pull him through some dark, dark days.

Finally, please keep an eye out for a special article on today’s release of my holiday single, “A Father’s Love (Joseph’s Song)” and the amazing, miraculous story of how the song came to be.

Al Perrotta is the Managing Editor of The Stream, chief barista for The Morning Brew and co-author, with John Zmirak, of The Politically Incorrect Guide to Immigration. The single “A Father’s Love (Joseph’s Song” is being released today in honor of the 20th anniversary of his original musical “Bethlehem.” You can follow him at @StreamingAl at Gab, Parler, MeWe and now GETTR.