Plus, welcome to Spinach Lovers Month! 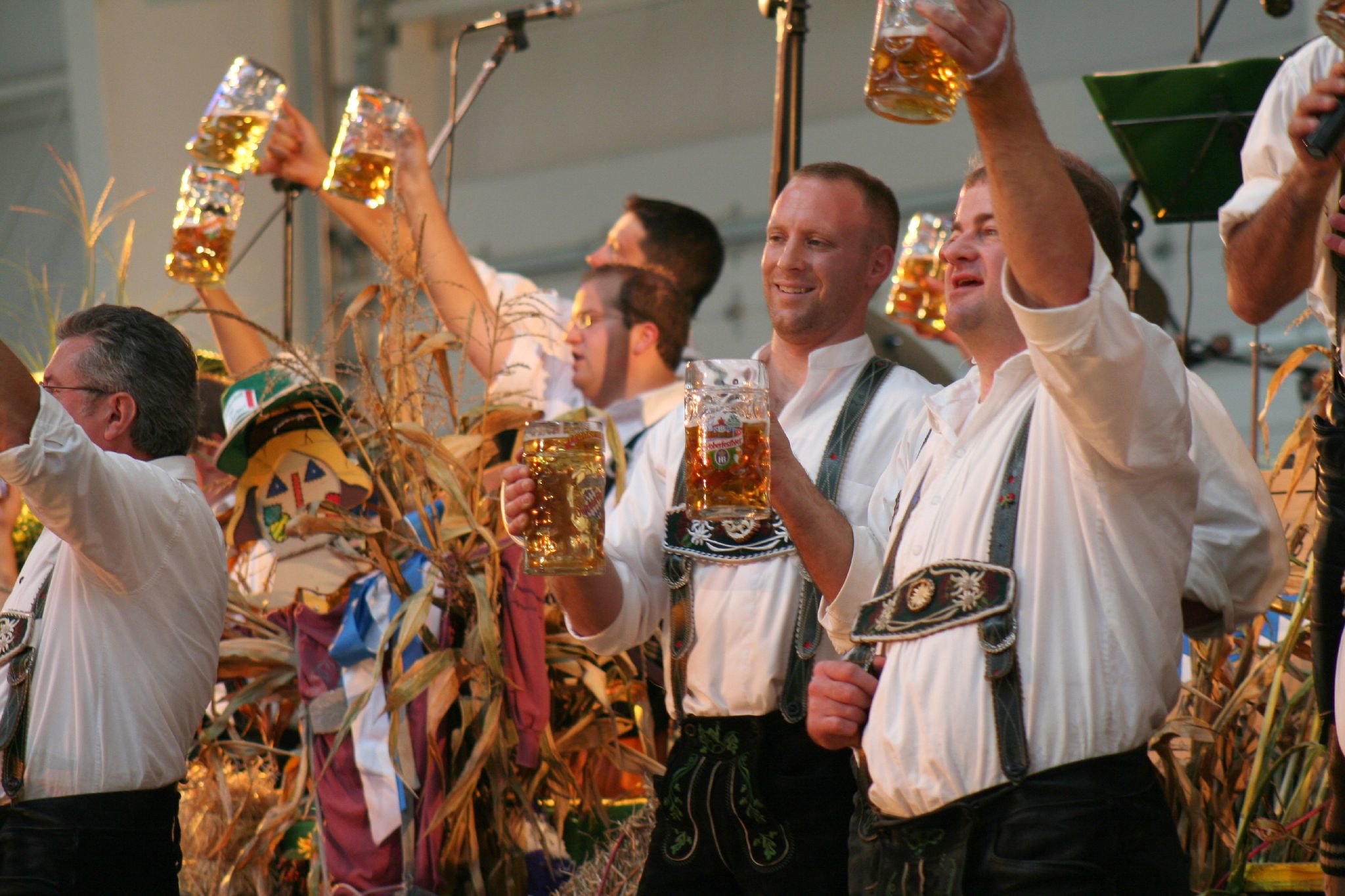 To celebrate, let’s take a day off from the regular grind, and brew up some holiday cheer. Starting with the party featuring that other kind of brew!

Just because Munich didn’t hold Oktoberfest this year because of COVID concerns, doesn’t mean we can’t mark the occasion.

The first Oktoberfest was held in 1810 in Munich to honor the marriage of Prince Ludwig and Therese of Sax-Hildburghausen. The locals were invited to join the five days of festivities in the fields outside the city gates. The festival was such a smash, Munich decided to throw another party the next year, and the next. And a tradition was born.

Only wars and disease outbreaks have stopped Oktoberfest in the 211 years since.

Want to guess how much beer is downed each year at Munich’s Oktoberfest? Around 7 million liters or over 1.8 million gallons. Oktoberfest draws around 6 million people. So each person averages the equivalent of a little more than three bottles of beer (basically, one of those big glasses you always see in the pictures).

Is that a lot? Is that not too much? You can say it’s all relative. Fitting, since the genius who gave us the theories of General and Special Relativity actually worked at the 1896 Oktoberfest. Yep. A decade before rising to fame Albert Einstein was an electrician at Oktoberfest and helped set up one of the beer tents.

And One Banned American Celebrity

Speaking of celebrities, an American celebrity was permanently banned from Oktoberfest. In her defense, this heiress-turned-reality star wasn’t banned for any criminal act or drunken misbehavior. She was banned for a fashion faux pas, or what the woke today might call “cultural misappropriation.”

Know who it is? And her deed?

In 2006, Paris Hilton showed up at Oktoberfest dressed in a golden and shiny Bavarian Drindl to promote a brand of canned wine. Locals got the organizers to ban her because they were offended by how she was dressed. Or more accurately, Hilton using the Bavarian garb to pitch a commercial product. She “cheapened” the event, officials said.

It’s been 15 years. Has Paris been forgiven? You’d think so. But I guess we won’t know so until next year.

In the meantime, as the festival-goers say, “Prost!” (“to your health”).

Just Three Weeks to the Start of Hallmark Christmas Movies!

Are you like me? (See “Confessions of a Hallmark Christmas Movie Junkie”)

Well, believe it or not, it’s just 21 days until Hallmark kicks off its Christmas movie season. This year, Hallmark is dropping 41 new original movies on Hallmark Channel and Hallmark Movies & Mysteries.

41 movies! 41 chances to escape the dark and decadent offerings of the networks and Netflix.

41 chances to learn your town isn’t as cute, your hot chocolate isn’t as special, your decorations aren’t as decorative as those blissful locales beaming through your television set.

First up on October 22nd will be You, Me and the Christmas Tree starring Danica McKellar … still remembered as the winsome Winnie on the original Wonder Years. Does the plot really matter? The only mystery is: Will she manage to work in a plug for mathematics? McKellar has written several books urging girls to enjoy math. Usually somewhere in her Hallmark movies she manages to get a scene celebrating math or is shot walking past a stack of her math books.

Danica is not the only Hallmark favorite returning. Lacey Chabert is back. She’s now done 18 Hallmark movies. This time she’s off to Ireland for “Christmas at Castle Heart” with Stuart Townshend. Will Chabert even do a movie if it doesn’t send her somewhere exotic or lets her learn some new skill like cooking or dancing?

Of course, it’s not Christmas in Hallmark world without their reigning Queen of Christmas Candace Cameron Bure. Candace turns up this year in The Christmas Contest. (Hey Candace. You want an hysterical and touching idea for Christmas movie that lets you have some fun with the Queen of Christmas thing? Give me a buzz.)

You’ve also got a curious double-bill. Real life sisters Kimberly Williams-Paisley and Ashley Williams are starring in Sister Swap: A Hometown Holiday and Sister Swap: Christmas in the City. According to Good Housekeeping, “Sisters Jennifer and Meg switch homes for the holidays, giving them a whole new perspective on their relationship and most importantly, themselves.”

Boy, will Christmas family dinner be awkward if one movie trounces the other.

We can make fun of Hallmark Christmas movies all we want, but the network is laughing all the way to the bank. Last year, for the seventh consecutive year, Hallmark was the most watched entertainment cable network in the 4th quarter for women 18+. It was also number one for Total Viewers in Prime Time. And driven by “Countdown to Christmas,” Hallmark was the #1 entertainment cable network in Total Viewers on weekends for the entire year.