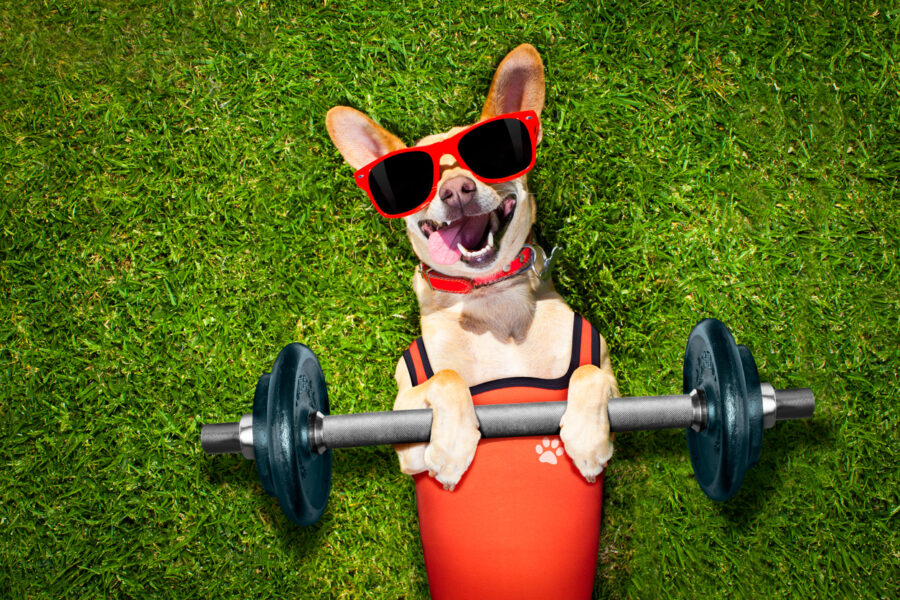 Today’s Brew opens with the smell of tiger balm and protein shakes.

There’s a lot of dead weight in Congress, and if there’s anyone who would know how to handle dead weight, it’d be a gym owner. New Jersey gym owner Ian Smith, who rose to national acclaim in 2020 over his fight to keep his Atlis Gym in Bellmawr open during COVID, is running for Congress. You remember him. He’s got a beard that’d make the Duck Dynasty boys jealous.

This Thursday 2/3 I’ll be formally announcing my campaign for Congress in NJ CD-3 against @AndyKimNJ. I am truly excited to have the possibility to serve the people of NJ with a platform focused on liberty, small government, and America First policies. https://t.co/B4SoD9fDDH

If elected, Smith would be the only member of Congress capable of lifting the federal budget … with the possible exception of Marjorie Taylor Greene.

Seriously, this country will be a lot better off with more gym owners and construction company heads in Congress rather than lawyers and career radicals.

Some 2000 people were hired to illegally harvest votes for Joe Biden in swing states during the 2020 election, according to Dinesh D’Souza. And according to a trailer released Saturday, D’Souza will be exposing all in a new documentary this spring called 2000 Mules.

2000 people just to stuff the ballot boxes? That is a huge operation. Then again, what did Biden say about putting together “the most extensive and inclusive voter fraud organization in the history of American politics”?

The trailer for 2000 Mules shows security footage of the Zuckerberg-funded, Democrat plugging ballot drop boxes being stuffed repeatedly like Build-a-Bears. D’Souza also claims to have the “cell phone geotracking” data that exposes who was doing what, when and where.

One “mule” alone made 53 separate trips to 20 different drop boxes. The mules are seen snapping photos to prove to their bosses the ballots were deposited. They’re also shown depositing the gloves they were wearing to avoid leaving fingerprints. No, nothing to see there, folks. All “The Big Lie.”

For those denying the election was stolen? “Game Over,” says D’Souza.

Go to 2000Mules.com for more information.

As a point of reference, D’Souza was prosecuted and sent to prison for arranging to give a friend $20,000 for her doomed campaign. Zuckerberg gave $419 million to plant political operatives in municipal election offices, to gin up Biden votes and set up the drop boxes.

Poor Jen Psaki on Being “Soft on Crime”: “What Does That Even Mean?”

White House Press Secretary Jen Psaki is not nearly as clever as she thinks she is. And the American people are far less stupid than she thinks we are.

Her latest? Acting as if she doesn’t know the meaning of “consequences” for being “soft on crime.” Psaki was asked about Biden being challenged on his apparent uninterest in the skyrocketing murder rate. She went after Fox News’s Judge Jeanine Pirro.

“If you look at Fox on a daily basis … on Fox is Jeanine Pirro talking about soft on crime consequences,” Psaki said, “I mean, what does that even mean? So there’s an alternate universe on some coverage and what’s scary about it is a lot of people watch that and they think the president isn’t doing anything to address people’s safety in New York and that couldn’t be further from the truth.”

What has he done? Sure, he’s going to New York Thursday to mutter about “gun crime” with the city’s new mayor. But has Biden called for the resignation of criminal-loving, Soros-funded D.A’s? Has he pushed for an end to “cashless bail”? Did he even call the families of the two cops murdered in NYC in cold blood? On and on.

And Psaki doesn’t know what “soft on crime” means?! Soft on crime means that as a direct result of Democratic policies and practice, Americans are being murdered in the streets, pushed in front of trains, having their businesses looted at will. Law enforcement officers are being used for target practice after two years of Biden henchmen shouting “Defund the Police,” cursing their very existence, burning down police stations … without Biden saying a peep. Or taking steps to prosecute.

Oh, Psaki knows what “soft on crime” means. It means the chaos progressives like her thrive on is tearing at the American fabric as planned.

With famed musicians starting to pull their music off Spotify and more certain to follow, the content platform has moved to try and quell the “controversy.” The artists and medical establishment accuse Spotify star Joe Rogan of spreading COVID misinformation and even endangering lies because he’s had on as guests medical pros not approved by Dr. Fauci. He’s also had on medical pros toting Fauci’s water, including CNN’s Sanjay Gupta. But that doesn’t count.

Spotify announced it’ll include a content advisory tag on all COVID-related content, And it’ll point listeners to Spotify’s “COVID-19 Hub.” Rogan appears to be on the same page as Spotify.

In an Instagram post Sunday night the podcaster defended himself, and pointed out the obvious: That he’s just a guy having conversations with people from all sides. But he also suggested he was fine with his COVID-related podcasts having an advisory label.

So now Canadian’s Prime Minister-in-Hiding Justin Trudeau says he has COVID … as tens of thousands of truckers remain in the Canadian capital of Ottawa.

That drew an epic response on Twitter from Dr. David Samadi.

Sometimes, having COVID makes you feel like you just got hit by a truck.

Meanwhile, MSNBC’s Joe Scarborough is calling the massive trucker movement — and the countless Canadian citizens young and old cheering them on — a “cult.”

Sometimes I wonder if Scarborough says really stupid, insulting, condescending things just to try and convince his wife and co-host Mika Brzezinski to share a set with him again. “Nope. Sorry, Sweetie. Not woke and inane enough. Maybe tomorrow’s show.”

This was a fascinating … if scary … article from Peter Wolfgang. He lays out how history suggests the 2024 election will be a generational change. And that change will be to the benefit of one Pete Buttigieg. The article is “The Single Biggest Danger in Stephen Breyer’s Retirement.”

Stream contributor Jennifer Hartline pulls no punches. Womenhood is being destroyed and women are allowing it to happen. “Let Them Call You Transphobic, but Refuse to Consent to the Erasure of Women.”