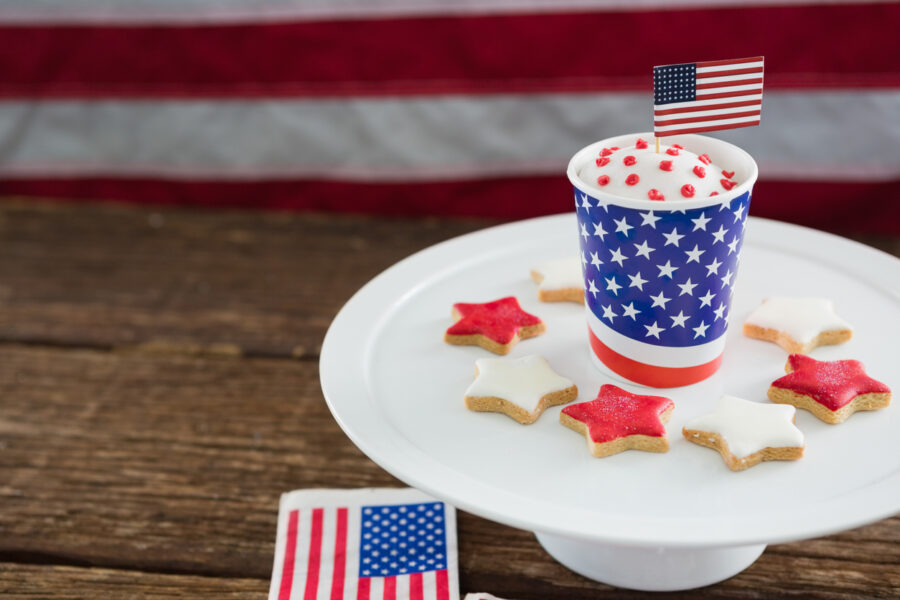 Let’s kick off our red, white and Brew celebration with a bit of Fourth of July trivia:

Yet Another Hit Piece on Harris!

What, did Kamala kick the Biden’s new dog? Politico published a piece citing 22 current and former Harris and Biden administration staffers absolutely shredding Harris and her office. “Not a healthy environment,” the Politico headline reads.

Given the run of such pieces in liberal outlets the past two weeks, I’m betting Kamala’s regretting calling Joe a racist during the campaign now.

Still, the article lays out a lot of dysfunction in such a short period of time. I mean, only six months and it’s already a “tense” and “dour” atmosphere with “low morale”? Sure, a lot of the blame is being pushed onto Harris’ chief of staff Tina Flournoy. But the article alludes to similar issues in Harris’s campaign and in her Senate office. She apparently goes through staff the way Trump goes through hair products.

Donald Trump has made a decision about 2024. Sean Hannity asked him during Wednesday’s town hall at the border if he’s made his mind up, and Trump answered with a strong “yes.” Given his persistent statements that supporters will be “happy” with what he decides, it seems as if he’s set to put on his running shoes.

Trump also said he’s not getting back into the political ring because he “wants” to, adding its no “fun” to be “fighting constantly,” but “the country needs it.” (So does CNN’s ratings.)

The fight, of course, includes desperate efforts to persecute anyone connected to him or his family. Manhattan’s DA, who can’t be bothered with people getting shot and stabbed all over the Big Apple, has filed charges against the Trump Organization and its CFO Allen Weisselberg. Apparently, their vast investigation has uncovered the corporate exec was given perks prosecutors claim the IRS didn’t know about.

Weisselberg pleaded not guilty to assorted fraud and tax charges. As did the Trump Organization.

“The District Attorney will try to convince the public that these charges are of great significance,” a Trump Organization spokesman said in a statement. “However, everyday New Yorkers and Americans know exactly what this is: an inappropriate use of a local prosecutor’s vast and unchecked power to target a political opponent.”

Heck, New York Attorney General Letitia James, who was crowing about the charges, ran for office in 2018 promising to prosecute Trump. For what? Like she knew or cared. But I am wondering: How many bodies did she have to hopscotch over yesterday to reach the court house?

Good news for those who believe in voter integrity. The Supreme Court Thursday upheld Arizona voting laws that prohibit ballot harvesting and bar the counting of votes cast in the wrong polling precincts.

Yup. You read that right. All it needs is the John Hancock of Illinois’ governor and boys’ bathrooms from grades 4-to-12 will be required to carry feminine hygiene products.

Sure, kids are getting killed on the streets of Chicago and fentanyl is laying waste to young lives all across the state, but we’ve got to make sure fourth grade girls who’ve been convinced they’re boys have easy access to free tampons.

Obviously, this is insanity.

But let’s give a shout out to Republican state representative Avery Bourne. He says mandating feminine hygiene products in a boys bathroom is asking for trouble. “When you give a grade school boy something that’s adhesive, they’re going to put it in places,” Bourne said. “These products are not inexpensive and they are going to be misused if they are placed in elementary school boys’ bathrooms.”

In other words, boys will be boys. In 2021, that is a brave, revolutionary statement.

A MUST — AND RELATED — READ: Stream contributor Jennifer Hartline has written a powerful, poignant, personal essay called “I’m an Ordinary Woman.” It’s extra-ordinary. Something that I’m convinced will move you. Something you will definitely want to share on your social media.

Meghan McCain Quitting The View … Just a Coincidence Her Husband Has Been Hosting on Fox News?

Meghan McCain announced Thursday she’s leaving The View. And no, it’s not because it was either quit or kill Joy Behar. (After all, it’s not even clear whether murder is still a crime in NYC.)

Meghan insists her departure has nothing to do with the fact that her leftist co-hosts treat her like garbage. She says she’s enjoying the life she, her husband and new baby built in D.C. during the pandemic, and doesn’t want to return to New York.

We’re not terribly surprised here at your Morning Brew. If you’ve been watching Fox News in recent weeks, McCain’s husband, Ben Domenech of The Federalist, has been popping up as a guest host. Most notably, filling the still-open 7 p.m. prime time slot for a week. Nothing against Ben, but he’s so low-key he makes Mike Pence look like Mike Lindell. Not exactly prime time host material.

His sudden appearance had me wondering if something was in the works with Mrs. Domenech. (Remember, she was a co-host on Outnumbered before heading to ABC.) Just speculating, but I wouldn’t be surprised if she’s back at Fox News, with or without her hubby, faster than you can say “Whoopi!”

Congratulations, Tom! A milestone yesterday for Stream Senior Editor Tom Gilson. He published his 1000th article as a professional writer! He looks back over “One Thousand Articles and Three Big Trends.”