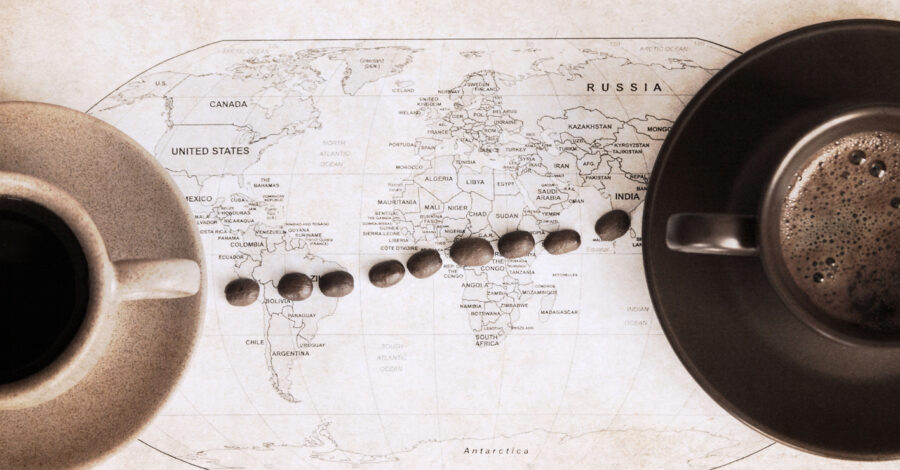 Joe Biden to Deliver His First Address to the United Nations

Joe Biden is set to deliver his first address to the United Nations General Assembly today. His theme, according to an administration official: “We are closing the chapter on 20 years of war and opening a chapter of intensive diplomacy by rallying allies and partners and institutions to deal with the major challenges of our time.”

I’m no international diplomat, but isn’t one of the first keys remembering the name of your allies? Last week, Biden could only manage to call the Prime Minister of Australia “That fella down under.” Here’s hoping today he doesn’t refer to Chairman Xi as “That short guy with the really big wall.” Or Canada’s Trudeau as “that kid in black face.”

Seriously … can you name a close ally of the U.S. that’s happy with Biden? Or an enemy who isn’t happy?

The president has departed for New York and #UNGA. The markets are sliding; the French are furious; an unprecedented wave of mostly Haitian immigrants is at the southern border; Dems are feuding over his domestic agenda… and twice today @POTUS walked by and didn’t take questions

Fun Fact: The United Nations has about 120 interpreters. Not one speaks Biden-ese.

In an interview with the New York Times, Jill Biden hinted that Hunter Biden’s daughter Naomi will be getting married at the White House.

Great. They found a way to get Joe Biden to actually be at the White House.

My question: What hooker will be Hunter’s “plus one”?

Only one president has been married at the White House. Can you guess who?

Although Biden wasn’t married in the White House, his honeymoon is clearly over.

48% of Registered Voters Think Biden is Mentally Unfit to Serve as President.

Only 37% Think the Country is “More United” Under Biden

According to the same new Fox News poll, a majority of registered voters believes America is “less united” now than it was when Joe Biden took office. Only 37% think the country is “more united” under Joe Biden. I thought Trump was the great divider. All we heard last year was the mean, divisive Trump had to be dumped so Nice-Guy Biden could unite the nation. Another campaign promise shot to pieces.

Biden Deep Underwater With Latinos in Texas: Only 35% Approve, 54% Disapprove (Including 34% Who Strongly Disapprove)

A Dallas Morning News poll shows even more serious problems for POTUS. He is so deep underwater with Latinos in Texas he’s in danger of getting the bends.

54% of Latino voters in Texas disapprove of how Biden is doing his job. 34% strongly disapprove. Only 35% approve.

When it comes to the border, only 29% of Texans approve of how he’s handling the crisis. I should note the survey was done Sept. 7-14. Meaning, this was before 14,000 Haitians showed up out of nowhere, flooding into Del Rio.

More Fox News propaganda? The poll was conducted by a liberal newspaper and the University of Texas at Tyler. And they report that only 29% of Texans approve the Democratic president’s border policies. Maybe because they see the effects up close?

In a column we published yesterday, Gov. Mike Huckabee explained how Special Counsel John Durham is “Playing the Short Game — and the Long Game” in investigating the Trump-Russia Collusion black op. What the Guv We Luv left out was how hard Washington always works to fix the game. Or at least keep it in the family.

Perkins Coie lawyer Michael Sussmann was indicted last week for his role in helping Hillary Clinton sell the Trump-Russia fiction to the FBI. And you know the FBI was eager to buy. I mean, who can forget those texts between lead “Crossfire Hurricane” agent Peter Strzok and his top FBI lawyer lover Lisa Page?

Sussmann’s case is now in the hands of federal District Court judge Christopher Cooper. Cooper’s wife is the lawyer for … wait for it … Lisa Page. Page, of course, has been under investigation for her role in the hoax.

In fact, you wanna have some fun, check out this article I wrote laying out Page’s central role in the Hillary Clinton email investigation. As the FBI’s liaison to the White House, she called an urgent meeting at the Obama White House the day after Trump secured the GOP nomination. That meeting appears to have set in motion the Obama strategy for ending the Hillary investigation to help her in the general election. Read: “Texts Suggest Loretta Lynch Knew Comey Was Going to Clear Hillary.”

Why is it important? Because if people had been held accountable, we wouldn’t be in the mess we are in now.

Remember, there’s evidence the idea for the Russian hoax came from Jake Sullivan, Joe Biden’s National Security Advisor. And Joe, as we say, was “in the room.”

Hollywood Celebrities Crowd Together Maskless at the Emmys. Is There a Good Reason?

Monday was full of criticism for the tight crowd of Hollywood elite who celebrated maskless at Sunday night’s Emmys. How dare they get to party maskless when our kids are forced to suffocate behind masks in school! How typical that the stars were without masks, but the peon staffers were forced into masks!

Why is it that only “the help” have to wear masks at the Emmy’s?

First it was the Met Gala. And now this. Seems that Covid-19 gives you a pass if you are wearing black tie or a designer frock. Or maybe it is just one rule for one group…and one for another. pic.twitter.com/H4DSLJ9w1D

But perhaps the critics are being unfair. Perhaps there is a simple answer for why Hollywood celebrities don’t need masks and simple Jane Citizen does: Botox kills COVID.

Stream contributor Mark Judge is back, taking on Washington Post’s Jennifer Rubin in “Rubin is Not Good for the Jennifers.”

You’ll be needing two hands to hold your Brew tomorrow. I’m off and John Zmirak is filling in.