Plus a quick stop in Genovia. 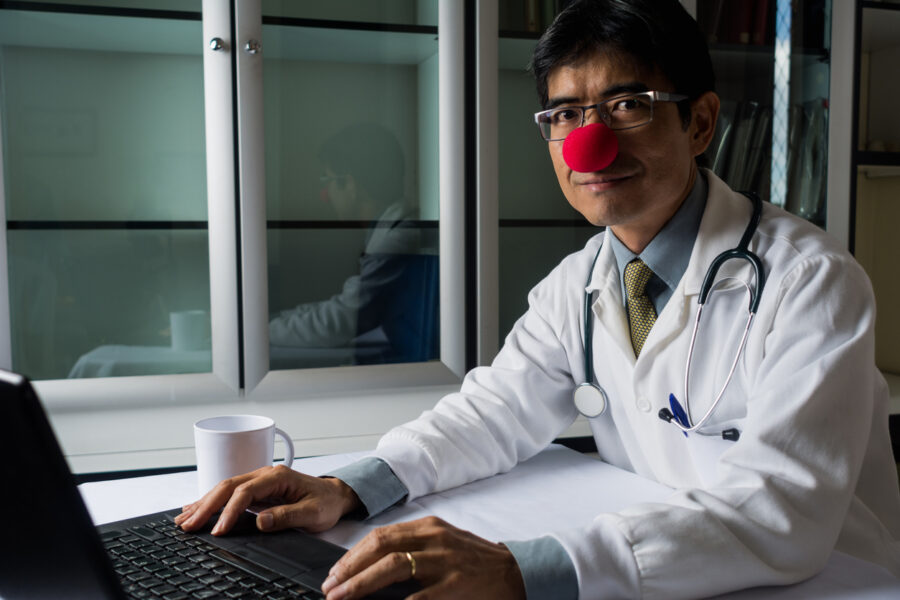 We can’t serve up the Brew without making mention that today is the first anniversary of the Capitol Riot.

The Stream just posted my article on it “Yes, There Was an Insurrection January 6. But Not By Who You’re Told It Was.”

You’ll also find fascinating the prescient article John Zmirak wrote the day after the riot: “The Republic Has No Clothes: Some Lessons from Storming the Capitol.” John instantly saw the riot for what it was … and was not.

Wisely, former President Donald Trump has cancelled plans to give a press conference today. While 364 out of 365 days a Trump presser would be a welcome relief from the blank stares, back turns and incoherent ramblings we’ve gotten used to from Biden, today is not the day.

What Year is It, Joe?

Good news! According to what Joe Biden said Tuesday, “There’s a lot of reason to be hopeful in 2020!” Yes. He’s lost track of what year it is. Yes, we’re supposed to brush that off like it’s nothing.

Joe was talking about turning the corner on the pandemic. We can’t argue his optimism … though it is curious, because six months ago, he was declaring the pandemic over.

Hundreds of motorists were stranded on a stretch of I-95 in Virginia, some for over 30 hours, thanks to a heavy snowstorm that hit the Mid-Atlantic.

And you know who got the blame for the near catastrophe … at least from a number of Democrats? Glenn Youngkin. Youngkin was ripped for not responding promptly to help rescue the trapped motorists. And it’s true Youngkin didn’t put the Virginia National Guard or the Commonwealth’s road crews into action.

For one simple reason: He’s not Governor yet! Governor-elect Youngkin doesn’t get sworn in until January 15. Gov. Ralph Northam is still in office. And asleep at the switch.

Meanwhile, Virginia officials are defending their response to the storm. For example, they say they could not put salt down on the road in advance of the storm because the precipitation started out as rain. And the sudden drop in temperature along with the amount of snow combined to kick their tush.

Forecasters predict another winter storm will be cruising up the I-95 corridor Thursday and Friday. Who’ll get the blame for traffic problems this time? Lt. Gov.-elect Winsome Sears?

Where is the Trademark for the New Name of the Washington Football Team?

Before we leave the DC area, a curious little thread from a trademark expert named Josh Gerben.

I have assisted clients in registering 7,000+ trademarks in the US and around the world.

The Washington Football Team has likely filed a trademark application for its new team name.

He says that thanks to something called the Paris Convention, if you apply to a name trademark in one country, you have six months to file in the other 177 countries. This is how a company — or sports team — can hide a new trademark. File in some tiny country that doesn’t have online searches. For example, the former Cleveland Indians registered their new name Guardians in the Republic of Mauritius. Nobody noticed.

Gerben suggests that right now, in some tiny country, the new name for the Washington Football Team awaits discovery.

My question: Has anybody checked the trademark office in Genovia? (Yes, I’m man enough to admit I’ve seen the Princess Diaries movies. More than once.)

Bet the athletes there never took a knee during the Genovia National Anthem.

Our Jay Richards retweeted two articles yesterday you can find on the NIH’s National Library of Medicine website. One is called “A five-day course of ivermectin for the treatment of COVID-19 may reduce the duration of illness.” The article was originally published in December 2020, and appeared in the International Journal of Infectious Diseases in February 2021. (The other is from the summer of 2021.)

The bottom line is ivermectin was being touted on NIH’s own website, while the media and Fauci worked overtime to disparage the drug — remember all that “horse pill” talk? For some that may be old news. But here’s what caught my eye.

Under the first article’s abstract, there is a conflict of interest statement. “The authors declare that there are no known competing financial interests or personal relationships that could have appeared to influence the work described in this paper.”

Can Anthony Fauci honestly offer the same disclaimer for the vaccines he’s trying to force on Americans?

Omicron Forces Postponement of the Grammys

The music industry’s biggest night has been put on hold, thanks to the Omicron variant. The Recording Academy announced Wednesday they postponing the January 31 Grammy Awards because of what organizers called “too many risks” and uncertainty surrounding Omicron.

Sure, Omicron is running wild. But could the real reason for the postponement be that the Academy realizes award shows have become a low-rated drag?

There is a bright side: Used to be at the Grammys when if you saw bleary-eyed musicians sniffling madly you’d assume they’d been doing coke.

Comedian Patton Oswalt started the New Year by apologizing for posting a picture with fellow comedian Dave Chappell. Oswalt has been friends with Chappell for 34 years. And they appeared together New Year’s Eve. Naturally, Oswalt posted a shot. And yet the radical LBGTQ+ activists, who’ve suddenly decided Chappell is enemy number one, ripped Oswalt for the picture and his friendship with Chappelle.

Astonishingly, Oswalt caved! He posted a long-winded apology on Instagram.

Oswalt broke off with a friend of three decades to appease the mob. It’s shameful enough as a human being abandoning … and in this case, not defending your friend. But as a comedian? To willingly dispatch a colleague on behalf of the cancel culture mob? Because of something they don’t like in his act? What a betrayal of the craft.

You’ve committed the entertainment equivalent of desertion. You’re more Bowe Bergdahl than Mort Sahl. You’ve given up the right to consider yourself part of the same profession as George Carlin or Richard Pryor or for that matter, Dave Chappelle.

Somebody likes things to be orderly.

John Zmirak has a powerful follow-up to his “Betty White Didn’t Kill Herself,” called “The Woke Can’t Admit They’re Trousered Apes. So They Strive to Be Demons.”