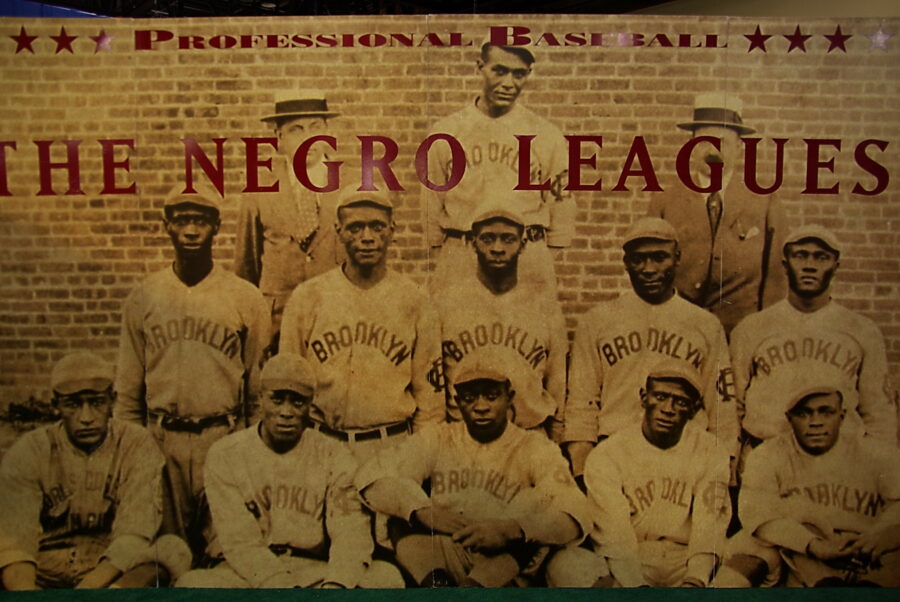 Happy Friday, but I repeat myself.

Say It Ain’t So, Joe! Biden Refers to Baseball Legend Satchel Paige as “The Great Negro At the Time.”

While giving a Veterans Day address at Arlington National Cemetery, Joe Biden spoke of baseball legend Satchel Paige as “the great Negro at the time.”

NOW – Biden tells a story about pitcher Satchel Paige, referring to him as "the great negro at the time."pic.twitter.com/uwnkUlBTsL

If you’re being generous, Biden had the Negro Leagues in mind, and just jumbled his thoughts. Again. However, the slur in Biden’s statement that should draw attention: He referenced Paige going from the Negro Leagues to “the pros.”  The Negro Leagues were a professional league. To imply that they were not, well … it’s hardly the first time Biden’s diminished African-Americans, is it?

A Strange Site Over Mar-a-Lago

The 45th President offered a tribute to veterans for Veteran’s Day, via Newsmax:

But that’s not the most interesting Trump story of the day. Something strange was seen hovering over Mar-a-Lago Thursday morning.

This can’t be real……. Something odd over Trumps Mar-a- Lago…

A source with a familiarity with military drones, suggests you could be seeing a reconnaissance drone. Now, is that a friendly? Something put up by the Secret Service as part of its protection of a former president? Or is Biden back to spying on Trump?

Or perhaps it’s the space aliens given directions to Mar-a-Lago after asking “Take me to your leader.”

Rittenhouse Prosecutor Gets Owned After Idiotic Comment About Rioters

The prosecutor trying to put away young Kyle Rittenhouse is proving to be as inept as he is arrogant. Check out this beauty from prosecutor Thomas Binger from Thursday’s trial.

ABC late night host Jimmy Kimmel cracked a really funny joke the other night. I gotta say. It was hysterical. He said Kamala Harris’ record low approval ratings are because of … wait for the punch line … “sexism and racism.” (Pause for uproarious laughter.)

Now if anyone who knows about sexism and racism it’s the guy who made his fame with blackface and misogynist humor on The Man Show. But I do have two words for Kimmel: “Winsome Sears.”

Besides, since it was the Democrats who completely rejected her in the primaries, wanting no part of Harris, it is brave of Kimmel to admit how racist and sexist the Democratic Party is.

Meanwhile, as if to reinforce why her approval ratings hover just above shin splints and IRS audits, Kamala took her act to France. There, she promptly and condescendingly adopted a French accent while talking to French scientists.

Is she using a FRENCH ACCENT?! I love this episode of Veep. https://t.co/HC0eaq0nsY

Glad to see those top-dollar consultants she’s paying to improve her public persona and presentation are working out so well.

Florida Gov. Ron DeSantis isn’t so keen on Joe Biden continuing to dump illegal immigrants in his state in the dead of night. In fact, DeSantis now says that when he rounds up Biden’s illegal immigrants he may well bus them to Biden’s own state of Delaware.

“If he’s not going to support the border being secured then he should be able to have everyone there.”

Governor Ron Desantis proposes bussing illegal immigrants, brought to Florida, up to Delaware. "I will send them to Delaware and do that. If he's (President Biden) not going to support the border being secured, then he should be able to have everyone there." pic.twitter.com/V8WuoUTGD4

On July 5, 2020, Curtis Butler of Alabama was born at only 21 weeks, after his mother was rushed into emergency labor four months early. Unfortunately, his twin sister C’Asya did not survive. But though he weighed less than a pound, Curtis did survive. And on Wednesday, he was officially honored by Guinness World Records as being the world’s youngest premature baby ever to survive.

Sure, that’s impressive. But how many goldfish can he swallow?

Seriously. 21 weeks! That is just remarkable. And the con artists at Planned Parenthood want to tell you a 21-week old fetus is just tissue that can be disposed of at will?

Update: The Marine Hero Who Trump Called Up on Stage at Rally Will Not Be Disciplined

During a September rally, former Commander-in-Chief Donald Trump called up to the stage the Marine seen in a viral video lifting a child over the walls outside Kabul. His name is Lance Cpl. Hunter Clark. Clark came up on stage, uttered his thanks to their crowd for their support. That’s it.

And yet, Clark was subjected to an investigation. The investigation’s done, and commanders found that this hero did not violate any regulations.

Why Have Laws? 74 Counties in Georgia Have Destroyed Ballot Images from the 2020 Election. No, Nothing Suspicious About That.

So what if federal and state law says ballot images have to be saved 22 and 24 months respectively? 74 counties in Georgia are unable to produce the images, according to election accountability organization VoterGA. Just the News has the full disturbing story.

54 of the counties confirmed “either most or all of the images that the Dominion voting system automatically created for tabulating results have been destroyed.” So much for auditing.

Add this to the never-ending list of illegal, unethical, dubious, derelict, criminal, sloppy actions — all to the benefit of Biden — by Georgia election officials in the 2020 election.

Joe Biden may be getting attention for his use of the word “negro” Thursday, but let’s close out the week with some words from the great Satchel Paige himself.

For those who don’t know, Satchel Paige is one of the greatest pitchers who ever lived. Hall of Famer pitcher Dizzy Dean once said, “If Satch and I were pitching on the same team, we would cinch the pennant by July fourth and go fishing until World Series time.”

Yet MLB’s ban on Black players kept him out of the majors until he was way up there in years. No one was quite sure how old he was. As Paige famously said, “How old would you be if you didn’t know how old you are?”

Yeah, Paige was full of marvelous quotes. Like, “I never rush myself. See, they can’t start the game without me” or “If a man can beat you, walk him.” And perhaps most famously, “Don’t look back, something might be gaining on you.”

In fact, he’s credited with one of the all-time greatest bits of life wisdom:

Notice anything different at the top of the page? You’ll now find something very special called “Pastor’s Corner.” With this awesome new project we are curating specific, practical resources to help pastors and priests and church leaders of all stripes address the complicated questions of the day. For example, Critical Race Theory, Science and Faith, the COVID Vaccinations.

As we are hoping to create real tools for the pulpit, feedback from pastors is crucial. To paraphrase the great sports agent Jerry Maguire, “Help us to help you. Help us to help you!” Check it out here. And give us your responses here.