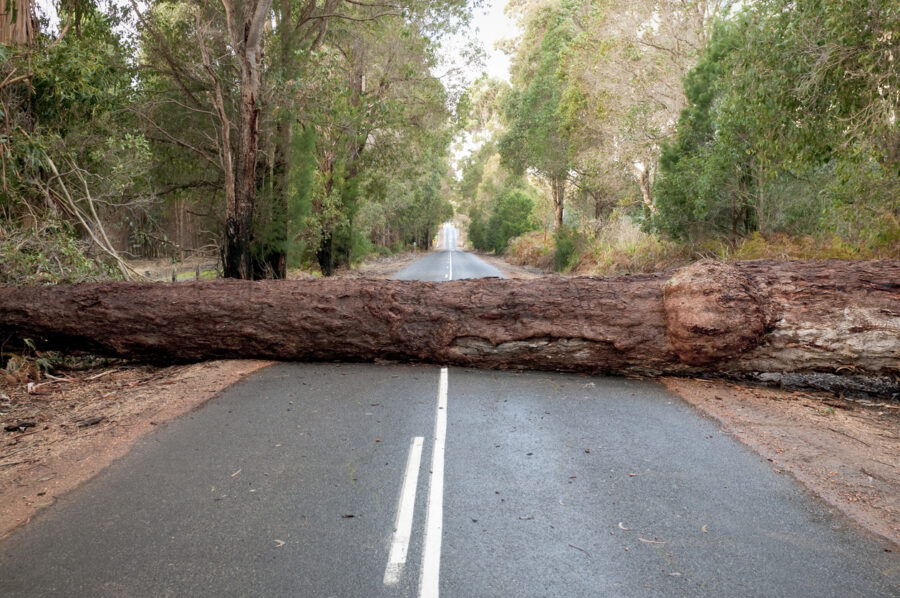 Recover from your post Super Bowl stupor? Need a pick-me up after Valentine’s Day?

We’ve got a potent Brew to get you back into action.

You’d think John Durham revealing that the Clinton campaign paid a tech firm to spy on the Trump White House would generate at least some attention from the mainstream media. (You can read my story about the Durham revelations here.) After all, news Hillary is giving a simple speech at the New York State Democratic Convention this week generated headlines. But noooo.

Donald Trump’s none too pleased.

“This in itself is a scandal, the fact that a story so big, so powerful, and so important for the future of our Nation is getting zero coverage from LameStream, is being talked about all over the world,” he said in a statement.

“Can you imagine if the roles were reversed and the Republicans, in particular President Donald Trump, got caught illegally spying into the Office of the President? All hell would break loose and the electric chair would immediately come out of retirement.”

Given how many of the same players were involved in the 2020 rigging, starting with Perkins Coie lawyer Mark Elias, would you be surprised?

Meanwhile, Jim Jordan asks, “Think the media will go back and correct all their stories on Russian collusion?”

Think the media will go back and correct all their stories on Russian collusion?

Funny. In reaction to A&E’s devastating new documentary about Hugh Hefner, Playboy went out of its way to acknowledge the truth of the allegations made by former Playmates in the documentary, and insisted they’re a different company now. They owned up to the errors of their past. Kind of weird to think Playboy has more integrity than the mainstream media.

The Last Refuge — “a rag tag bunch of misfits that do not align with political specificity” — offers up a curious thread. According to John Durham, Rodney Joffe, the tech executive at the center of the new filing began his activities in 2014. Interestingly — also in 2014 — the White House reported “Suspicious cyber activity” on its unclassified servers. They were so concerned, Obama held NSC meetings at State and the Pentagon in October of 2014. Last Refuge raises the question: Was Hillary creating a pipeline into Obama’s White House in preparation for the 2016 campaign?

Occam's Razor. This is the 2014 origin of Clinton's private portal into the White House/Database using campaign ally Rodney Joffe and Neustar.

But Al, why would Hillary be snooping on White House servers in 2014? After all, in 2014, Trump was still hosting The Apprentice. Consider: In 2014, who would Hillary Clinton see as her biggest foe for the Democratic nomination? Then-Vice President Biden. Biden was as good as in … until his son Beau died in May of 2015 and he lost the will to run.

Also, it’s a long shot, but in October of 2014, rumors were swirling that Michelle Obama was considering a Senate run. In fact, Politico wrote a story about in just one day after news of the cyber breach broke. Could Hillary have been worried Michelle might go for the Oval Office instead?

Just a thought: but perhaps the media would get interested in the Durham story if they considered this possibility: Hillary was spying on Joe Biden — or for that matter, Biden and Barack and Michelle Obama — before she started spying on Trump. Again, it’s speculation at this point. But the 2014 date does raise eyebrows Pelosi-high.

From the “Gee, I Wonder Why They’d Do That” File: The Biden Administration is Asking a Judge to Hold Off Releasing a Report Critical of Dominion Voting Systems

From Just the News: “Biden administration officials at the U.S. Cybersecurity and Infrastructure Agency (CISA) are urging a judge not to release a report on Dominion Voting Systems equipment in Georgia by arguing that the move would ‘threaten election security.'”

Why would that be if these were the most secure elections in history?

The report was written by University of Michigan Center for Computer Security and Society Director J. Alex Halderman, as part of a lawsuit in Georgia. Halderman has long spoken of the vulnerabilities of electronic voting systems. And it’s not like he’s a Trump partisan. He co-authored a piece in Newsweek blasting Trump for “relentless barrage of lies, fantasies and falsehoods about imaginary vote-rigging schemes.”

Before going on to say how ridiculously vulnerable our election system is:

The election system industry has little to no oversight, transparency or regulation, and what little security testing there is, is voluntary, lax and woefully outdated. The federal agency tasked with voting system testing and certification has been criticized extensively for its excess dysfunction and lack of security expertise.

Isn’t that amazing. The system is a complete mess, but suggest a senile guy who spent the whole campaign in his basement and generated no enthusiasm didn’t legitimately get 81 million votes and that is a “fantasy”? Sounds more like TDS than science. And now that same guy from the basement is stopping Halderman from releasing his report. Convenient, eh?

Canadian Prime Minister Justin Trudeau is invoking the “Emergencies Act” to give him further power to smash the Freedom Convoy. As the BBC notes, the Emergencies Act is “never used.”

According to the BBC, “The law will grant Mr. Trudeau’s government extraordinary powers for 30 days — including the power to prohibit public assembly, travel and the use of specific property.” The situation must meet a high bar, in the words of the Act, specifically an “urgent and critical situation” that “seriously endangers the lives, health or safety of Canadians.”

A bunch of truckers hanging out is an “urgent and critical situation”? Worth declaring a virtual martial law?! Using emergency powers to quash a political protest aimed at you? One you can simply end by doing what more and more countries are doing around the world, which is ending vax mandates?!

Which gets to a further point. Trudeau’s cabinet “may only invoke the legislation if the emergency cannot be addressed by any existing federal law and if it exceeds the capacity of the provinces to handle it effectively.”

The provinces seem to be handling it fine. One by one the Canadian provinces are dropping the vax mandates.

The Act also lists only four scenarios under which the “Emergencies Act” can be invoked. Which is why it’s never been needed.

Says the BBC, “It is so far unclear which scenario Mr Trudeau would rely on to justify the use of the Emergency Act — none of these four scenarios have been clearly present in Ontario.”

Being shown up is not a crisis. To paraphrase the old adage, “Your hurt feelings are not my national emergency.”

Celebrities Without Facemasks at Super Bowl

A lot of celebrities were spotted without facemasks during the Super Bowl Sunday. Along with the mayor of Los Angeles. Don’t know why people are giving them a hard time. I follow the science. And the science says COVID does not infect anyone with an IMDB ranking lower than 5,000. Mayors of major cities are also immune.

Actually, it’s perverted that celebrities were able to party with 70,000 people maskless, but kids in L.A. had to wear masks in class Monday.

And topping off our Valentine’s Day last night, some inspiration from Sarah Freymuth of Fellowship of Christian Athletes. “You Are Loved.”