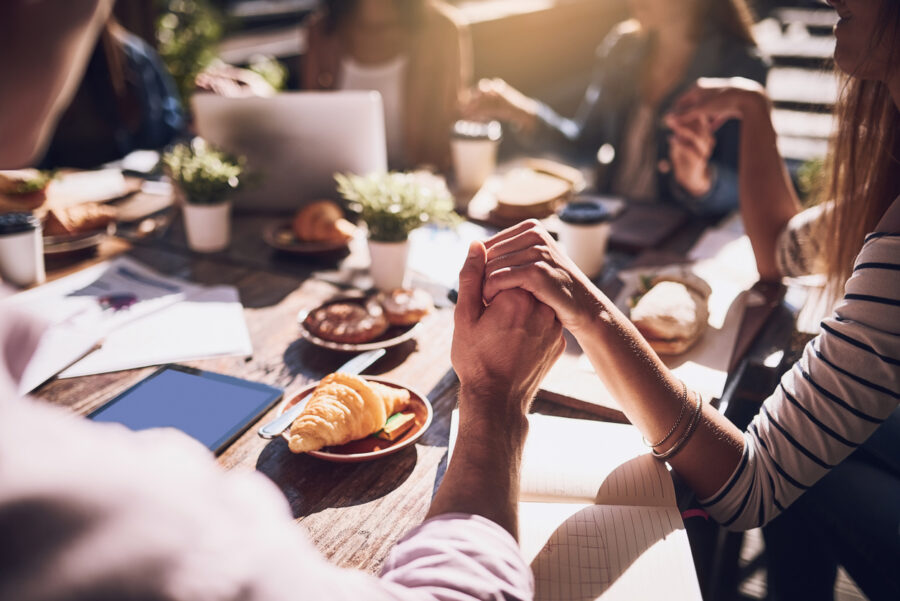 Welcome to a new week of the Morning Brew.

Franklin Graham posted a verse over the weekend. It seems so apt as we start this day:

God is greater than the storm.

Ferocious Hurricane Ida hit Louisiana Sunday with a heavyweight punch. 150 mile-per-hour winds, only the third storm to hit Louisiana with winds that high the past two centuries. And it’s an historically-timed punch. Ida made landfall on the 16th anniversary of Hurricane Katrina.

Ida has left New Orleans and much of Louisiana without power, and though she’s been downgraded to a tropical storm as she moves to the northeast, Ida remains very much a danger. And as the sun rises, we’ll be learning more fully of the catastrophic damage in her wake.

Our prayers for the safety of those who remain in her path, the families of those impacted, and the FEMA and other responders already on the move.

The Stream will have more on the storm and initial rescue and response measures in the hours and days to come.

Reports are many of the families did not want him there. But he couldn’t not go.

He certainly gave the appearance of someone who had somewhere else he wanted to be.

Biden appears to check his watch during the dignified transfer ceremony at Dover Air Force Base. pic.twitter.com/oMsBefnmfS

The “time’s up” memes write themselves.

If you remember, Biden campaigned heavily on the debunked lie about Trump disrespecting our fallen soldiers while in Europe. Let’s see if the same media that fed on that lie like an offensive line at an all-you-can-eat buffet does anything on this story.

After Dover, Biden returned to Washington and FEMA. “As soon as the storm passes we’re going to put the country’s full might behind the rescue and recovery,” Biden said. After what happened in Afghanistan, you believing that? The American people will respond. The federal government? We pray FEMA brings its A game.

Then came another Biden moment.

When he finished his remarks Biden said he wasn’t “supposed to” take questions, but told a reporter to go ahead. She started to ask about Afghanistan. He barked “I’m not going to answer on Afghanistan now,” spun and walked off.

Biden calls on a reporter following remarks about #HurricaneIda and the reporter asks him about his disaster in Afghanistan.

Biden immediately states he doesn't want to talk about Afghanistan and walks away. 13 U.S. troops were killed after a chaotic situation Biden caused. pic.twitter.com/mmNPlpciLZ

Biden’s to back-turning what Clinton was to skirt chasing.

Biden's Guest Hosting Of 'Jeopardy!' A Disaster As He Flees Every Time A Contestant Puts An Answer In Form Of A Question https://t.co/0zHD8brvXp

Thus far, nobody in the Biden administration or military leadership has been fired for the catastrophic blunders in Afghanistan. However, 17-year Marine vet Lt. Col. Stuart Scheller has been relieved for cause and is leaving the Marine Corp after posting a video asking military leaders to step up and take responsibility for what happened.

This is your woke military and Swamp at work.

Remember Army Lt. Colonel Andrew Vindman? He ignored his chain in command, slithered up to Adam Schiff, and ignited the whole Ukrainian phone call hoax against his Commander-in-Chief Donald Trump, lying to Congress in the process. Was he punished? No, he was hailed as a hero, was untouched by Pentagon brass and ends up with a book deal.

Lt. Col. Scheller, for wanting military leadership to man up about Afghanistan, was out within 24 hours.

One was protected for speaking out against his chain of command — the other, fired within a day. pic.twitter.com/WLMVDwHe47

Scheller likely won’t be the only one. The Daily Wire is reporting that the head of the Office of Naval Intelligence has sent out an order telling not only active duty, but retired naval intelligence officers, they aren’t to say anything disrespectful of Joe Biden.

Meanwhile, will Biden fire anybody? Nah. The White House said Friday that Biden won’t be firing any generals and has full confidence in Secretary of State Antony Blinken.

Doing the Job the U.S. Government Should Have Been Doing for Months

ABC News broke the story Friday. As Afghanistan fell apart, a group of former American military vets quietly, courageously, daringly brought out 630 of Afghan elite forces and their families. People who had assisted us over the past 20 years.

Despite in many cases resistance from the U.S. government and military, former vets and other private groups are making a heroic effort to rescue those who otherwise will be killed by the Taliban or ISIS.

The Stream on Friday published a fascinating article from Jason Jones called “The Hidden Heroism of Military Contractors.” Jones, who’s been working nearly non-stop to help arrange to get Christians out of Afghanistan, detailed some of the work being done by those actually on the ground.

As Biden’s team dithered and deflected, and deferred to the Taliban, these American heroes have been doing what they can to save as many as they can.

The Pentagon admits now that the Taliban freed thousands of ISIS terrorists from Afghan prisons.

Said one anonymous Biden administration official, “You say it like letting murderous thugs out of jail is a bad thing.”

Sorry. Couldn’t resist. But this is the same administration perfectly happy with keeping the border open to violent criminals. The same Democrat party whose attorney generals and prosecutors and governors are releasing murderers and rapists and even terrorists every day.

You’d think murdering a US Senator, presidential candidate, and brother of a slain president, would keep you behind bars the rest of your natural life. Or get you executed.

Two of RFK’s surviving nine children are okay with the now 77-year-old being sprung. However, six of the kids say they are “devastated.” They’ve written a letter protesting the decision. “Sirhan Sirhan committed a crime against our nation and its people,” the Kennedys’ statement said. “He took our father from our family and he took him from America.”

Sirhan’s parole is not a done deal. The decision must undergo a 90-day internal board review. Then Sirhan’s release would have to get the approval of California’s governor. (Ah, but who will be California’s governor in 90 days? Current Gov. Gavin Newsom, who’s currently facing a recall election, or leading challenger Larry Elder?)

Now, did Sirhan actually kill RFK? He certainly opened fire at the Ambassador Hotel in L.A. minutes after RFK gave his victory speech upon winning the 1968 California primary. But was he close enough to have delivered the fatal shot?

Robert F. Kennedy Jr., one of the two Kennedy children who approves Sirhan’s parole, thinks the answer is no. Kennedy revealed in 2018 that he had investigated his father’s assassination and now believes there was a second gunman. He is far from alone.

The rabbit hole for RFK’s assassination isn’t nearly as deep as the JFK one. But there’s still a massive stink coming out of it.

Actor Ed Asner has passed away at the age of 91. Asner won five Emmys playing Lou Grant on the comedy classic The Mary Tyler Moore Show and the dramatic spin-off Lou Grant. He’d rack up two more Emmys. In later years Asner would have another round of fame as Santa Claus in Elf, and the lead character in the animated classic Up. He also turned up in a handful of Hallmark movies in later years.

Like Ronald Reagan, he would serve as president of the Screen Actors Guild. Unlike Reagan, he remained a committed liberal. But politics aside, he was a treat. All it took was that first scene with “Mary Richards” interviewing for a job in the WJM newsroom to make him a TV immortal. Actually, all it took was one line.

No, it’s not the Babylon Bee. It’s Dr. Michael Brown with the very real story “When Harvard Hired an Atheist to Be Chief University Chaplain.” That’s like hiring a turkey to be your flight instructor.

Al Perrotta is the Managing Editor of The Stream, chief barista for The Morning Brew and co-author, with John Zmirak, of The Politically Incorrect Guide to Immigration. You can follow him at @StreamingAl at Gab, Parler, MeWe and now GETTR. In fact, The Stream is now on Gettr! Follow us at @TheStream.