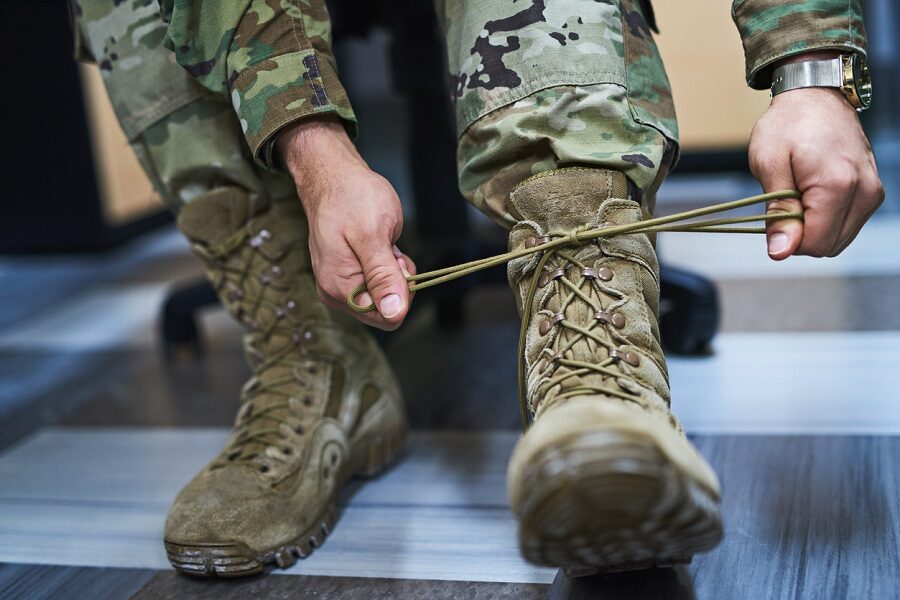 Whenever a crisis erupts and innocent lives are at stake, I’m always amazed by two things. The bravery and discipline of some Americans who leap into action to defend the vulnerable. And the lazy thoughtlessness of certain other Americans, who leap to their phones and laptops to pontificate.

I don’t mean to say that commentary is useless. The mission of my organization, the Vulnerable People’s Project, is to defend the vulnerable from violence. And we advance their interests with words — through op-eds, advisory papers for lawmakers, and movies.

But when people say I’m “courageous” in my efforts to defend the vulnerable, it’s because I say things that get me uninvited from parties, or lose donors, or blacklisted in Hollywood.

No, I know real courage when I see it. And during the days of the still-unfolding crisis in Afghanistan, I’ve seen a lot of it.

I’ve been amazed by the many people I’ve had the privilege to work with. But no one has impressed me more than one group: American military contractors.

That’s right, military contractors — the type of people who happen to get the most criticism and hatred from the online pontificators I mention above.

Who Military Contractors Are

People need to understand who military contractors are.

When you see a middle-aged military contractor, you’re often looking at a guy who at 18 years old joined the Army, went to Airborne school, Ranger school, spent years improving his physical fitness, and spent his weekends on the land-nav course preparing for Special Forces Assessment and Selection with the hopes of donning a green beret. And he deployed again and again, to dangerous spots overseas, risking his life for others.

And when a soldier like this finally retires from serving his country, he makes a decision — sometimes right away — to walk right back into the fire and serve more, building new organizations to work alongside our servicemen and women whenever needed.

I had the privilege of enlisting at the age of 17, and served as an infantryman in the U.S. Army for three years. I’m proud of my service. But when I look at these contractors’ records, I know I’m dealing with greatness. These are the best of the best.

I can still remember as a young enlisted soldier on my first deployment in Thailand, when my platoon bumped into a handful of Green Berets. As I watched them work with the locals, I was just in awe. It was an honor to know I served in the same branch, and to stand in the same soil as them.

Committed to the Vulnerable

And that’s how I feel during this week of working with contractors. As I work from my home in Texas, building manifests to get people to safety, I know these contractors, like me, are committed to the vulnerable. But they’re the ones taking the daring risks. And all I have to complain about is lack of sleep.

Some of the contractors I’m in touch with were the first to go in, 20 years ago. Now that they’re diving in to care for our friends in Afghanistan, I know they’ll be the last ones out. I still remember my Ranger Creed: “I will never leave a fallen comrade to fall into the hands of the enemy, and under no circumstances will I ever embarrass my country.”

There’s no skirting around it. Even the most mainstream headlines are blaring it: The State Department and Defense Department are not providing the leadership we would hope for in Afghanistan. Some go so far as to say that, along with President Joe Biden, they’re missing in action.

Our Afghan friends in Kabul, and even some American citizens, are stranded and in immediate danger. Yesterday, we lost at least 13 servicemen and an uncounted number of civilian lives.

In my view, we are living through what might someday be remembered as the most ignoble moment in American history.

But while things fall apart in high places, I’ve had a front-row seat to a miracle. Aid organizations have built up a “State Department” of their own from scratch. And for their part, military contractors are performing the Herculean task of building up a Department of Defense from scratch.

I’ve slept about two hours a day in the past week.

As of this writing, I heard President Biden is taking the rest of the day off. Maybe he’s getting some sleep.

But as civilians and servicemen lost their lives yesterday morning, I know none of our friends trapped in Kabul were sleeping. None of my friends in the heroic aid organizations I’ve worked with in the past week are sleeping. I know our deployed men and women in uniform, and their families at home, aren’t sleeping.

And neither are the military contractors who — while bloggers and columnists write eloquent condemnations of their work between sips of morning coffee — are tirelessly rescuing our friends and reclaiming our nation’s honor.

I mentioned that we at the Vulnerable People Project make it our mission to defend the vulnerable with words. I suppose that means I have something in common with the media pontificators attacking contractors during this crisis.