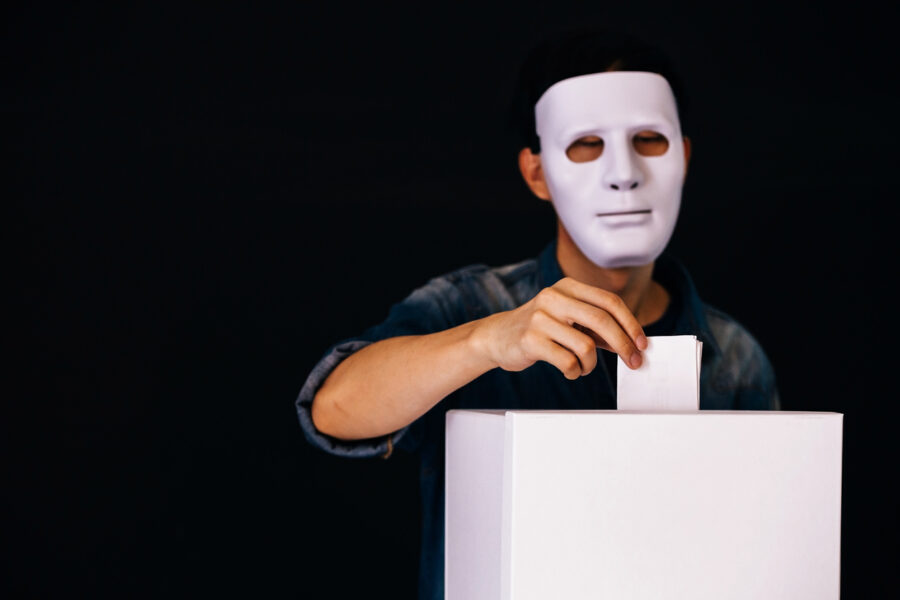 We’ve got a double dose for you today. Not just the Brew, but up soon my all-new “Tongue Firmly in Cheek, Further Predictions for 2022.”

Let’s start with some big news.

The State of Georgia has launched a formal investigation into illegal ballot harvesting during the 2020 election and subsequent Senate run-off elections.

As Just the News details, Georgia law strictly prohibits third-party activists from picking up and delivering ballots on behalf of voters, a tactic called “harvesting.” However, those ballot drop-off boxes Zuckerberg helped pay for were as made for ballot harvesting as Georgia peaches are made for pies.

A voter integrity group True the Vote delivered a detailed complaint to the governor’s office in November. What they delivered was disturbing. Just the News reports the organization assembled “evidence that scores of activists worked with nonprofit groups to collect and deliver thousands of absentee ballots, often during wee-hour operations, to temporary voting drop boxes distributed around the state during the pandemic.”

The evidence includes video footage from surveillance cameras, “as well as geolocation data for the cell phones of more than 200 activists seen on the tapes purportedly showing the dates and times of ballot drop-offs.”

True the Vote also claims to have the testimony of a Georgia man who admits he was paid thousands of dollars to harvest ballots in the Atlanta area both for 2020 election and the Georgia Senate run-offs.

All told, True the Vote claims, tens of thousands of ballots were illegally harvested.

As a reminder, Biden was credited with beating Trump by a mere 11,779 votes in Georgia.

Also, although Republican David Perdue defeated Democrat Jon Ossoff in the November Senate election, he fell just shy of the 50% needed for outright victory, earning 49.7% of the vote to Ossoff’s 47.9. That forced the run-off that Perdue lost. However, without the Democratic activists’ illegal ballot-harvesting operation, Perdue may well have hit that 50%. He likely won re-election. Democrats would not have gotten control of the U.S. Senate.

They cheated to win and now want to make that method of cheating the law of the land.

We pray Georgia Secretary of State Brad Raffensberger conducts a real investigation. Real subpoenas. Get the real data. Determine how many ballots were illegally collected. Where they came from. Who was behind the harvesting. Their connections to the Biden campaign. And most crucially, were any of those organizations operating in other states.

What would a coordinated, organized and funded effort to illegally harvest votes in swing states be but a conspiracy to fix the 2020 election? Sabotage. Theft. A fraud.

“It Was in Error”: Facebook Reverses Bans Conservative Publisher of Children’s Books from Running Ads

The same Facebook whose founder spent $419 million to fix the 2020 Election is still aiming to fix conservatives. At least to the degree they can get away from it. Facebook banned conservative publisher Heroes of Liberty from buying ads on their site. Facebook claimed a nebulous and dangerous reason. They accused Heroes of Liberty of pushing “Low Quality or Disruptive Content.”

After outrage over the ban erupted on Monday, Facebook reversed course. “This should not have happened,” Facebook’s Andy Stone tweeted. “It was an error and the ad account’s been restored.”

It’s a cliché at this point. But funny how these “errors” only go one way. You ever see publishers of children’s books grooming kids for sexual activity or praising BLM/Antifa riots get banned for “Low Quality or Disruptive Content”?

By the way, we should also mention that Facebook has banned The Stream from purchasing ads. Our latest crime? Publishing an article suggesting Kyle Rittenhouse was innocent the day before a jury found him innocent. No doubt that was an “error.” It definitely “should not have happened.”

Good news for Joe Biden. His approval ratings are still higher than that of a case of shingles.

According to a new CNBC poll, Biden’s overall disapproval rate is at 56%, a new high … or low, depending on how you look at it. And his handling of specific issues is in the dumps:

The NFL team formerly known as the Redskins announced Tuesday that they’ll be unveiling their new name on February 2nd.

The wait is almost over

That, of course, is Groundhog Day. Fitting, since for years the Washington Football Team has been like a groundhog. Their playoff hopes pop up for a day then disappear until the next year.

So what’s the name going to be? The team says it’s already rejected the fan-favored RedWolves. And for that matter, Wolves. Trademark issues, they say. Washington announced last year it would not consider any name that ties back to Native Americans. (Great job, activists! You’ve trashed a team name meant to honor the First Peoples and now have completely cut them out of the loop.)

According to the Associated Press, “Commanders, Admirals, Armada, Brigade, Sentinels, Defenders, Red Hogs, Presidents and the status quo ‘Washington Football Team’ were among the other finalists.”

Red Hogs sounds like a bone to throw to old fans. “The Hogs” were the nickname given the beloved offensive line of the Redskins in their Joe Gibbs-led heyday.

The new uniform will feature three stars on the collar and stripes on the shoulders. Out of that lot, I’d say that makes Commanders a leading contender.

However, only Red Hogs, Admiral and Brigade fit the team’s famed theme song “Hail to the Redskins.”

And title of the year goes to John Zmirak with “Betty White Didn’t Kill Herself.” A powerful look over the landscape of 2022 America.

And Nolan Lewallen beguiles with a “Riddle: What Do Rocks and Cans of Beer Have to Do With the Left?.” What a great article.