Joe Squares Off with Vladimir, John Cena Kneels Before China and an Unlikely Celebrity Turns Wise. 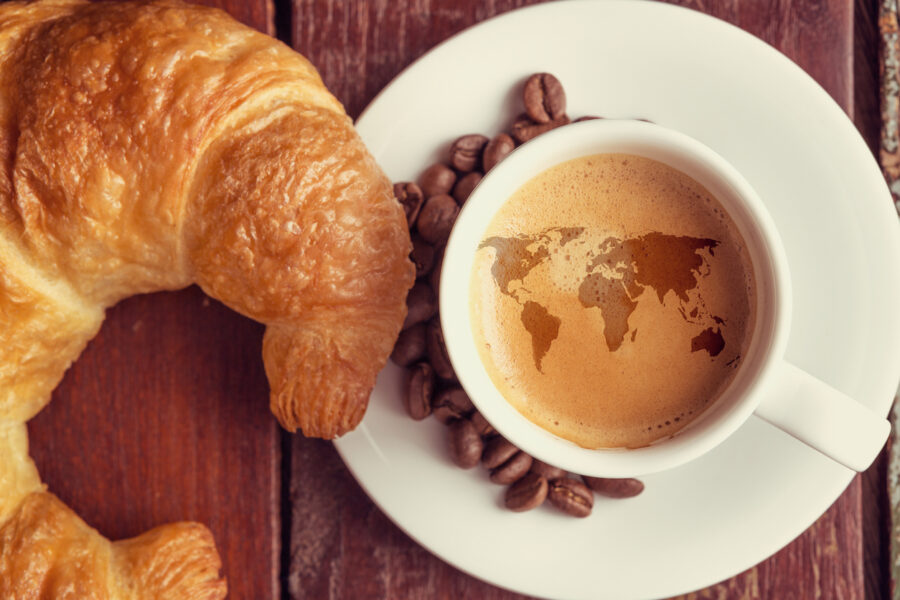 Today’s Morning Brew has an international flavor, starting in Switzerland and the first Biden-Putin summit.

Joe Biden and Vladimir Putin will have their first sit down since Biden took office June 16 in Switzerland. It’ll be at the end of Biden’s first international trip as president.

I know what you’re thinking. “Is Hunter coming along, and how many billions of dollars in business will he secure for Biden, Inc.?”

My question is: “Does Joe really want to go mano-a-mano with Putin after the G-7 summit in England, and NATO and European Union meetings in Brussels?” So far he seems to manage about one Zoom meeting before the White House calls a lid on the day.

In any event, expect Putin to show up tan and buff, leaving Biden to look like the portrait of Dorian Gray.

On the agenda: Nuclear proliferation, climate change, COVID-19 and Russian interference in U.S. elections. Biden is also expected to bring up the reports of Russia amassing troops on its border with Ukraine.

“They’re there for a trout fishing tournament. What’s it to you?” “Oh, okay. Moving on … ”

Speaking of meetings, Joe Biden met privately with the family of George Floyd Tuesday on the first anniversary of Floyd’s death. Question: If you are important ally South Korea’s president Moon Jae-in — who Biden didn’t bother to meet with — are you feeling like chopped liver?

Meanwhile, at the George Floyd Memorial in Minneapolis reporters got more than they bargained for Tuesday when gunfire erupted. One person was injured, but the wound was not life-threatening. Here’s the video:

The about-face from the Post’s “fact-checker” is startling. On May 1st just over three weeks ago, “fact-checker” Glenn Kessler hit Cruz, tweeting, “I fear @TedCruz missed the scientific animation in the video that shows how it is virtually impossible for this virus jump from the lab. Or the many interviews with actual scientists. We deal in facts, and viewers can judge for themselves.”

Cruz had a one word response Tuesday to Kessler’s about face: “Clowns.”

(Actually, Ted, clowns serve a useful purpose. But I digress.)

WaPo isn’t the only one doing an about face on the Wuhan Lab Theory. As Mike Huckabee pointed out in his “Will Miracles Ever Cease?” article last night, Politfact has too. And Vox has tossed a little “editor’s note” onto its article that attacked the theory.

Fox News’ John Roberts asked why the notion COVID-19 escaped from a Wuhan lab was dismissed out of hand. Mollie Hemingway had a ready response.

“Because most aren’t journalists but activists and after saying Trump’s travel ban overreacted to a ‘flu,’ they switched and decided to pour all energy into blaming him for pandemic and anything that blamed China in any way would have harmed their political goals?”

At American Greatness, Liz Shield had a biting take on the media’s COVID origins coverage. Meanwhile, Donald Trump, who was sneered at for suggesting the virus leaked from a Wuhan lab, is taking a victory lap.

Now everybody is agreeing that I was right when I very early on called Wuhan as the source of COVID-19, sometimes referred to as the China Virus. To me it was obvious from the beginning but I was badly criticized, as usual. Now they are all saying “He was right.” Thank you!

A brief aside: You’d think after again being proven wrong and Trump being proven right over something they dubbed a conspiracy theory, the media would have enough humility — even if only in the privacy of their ivory tower — to wonder, “Could he also be right about the election?”

A Tale of Two Celebrities

And now, children, a tale of two celebrities. Or for you older folks, a modern Goofus and Gallant.

Actor-wrestler John Cena is apologizing profusely. His crime? He called Taiwan a country. Horrible, huh? When doing an interview on Taiwanese television for new movie Fast & Furious 9 (or F9), he said “Taiwan will be the first country to see it.” OMG!!!!!!!!!!! Can’t upset China. No, that could hurt the movie’s box office!!  Cena even made his apology directly to China. In Mandarin. Watch here:

British comedian-actor Russel Brand did something shocking and outrageous Monday. The kind of thing that can get you banned from Hollywood. On his podcast “Under the Skin,” he took the media, Big Tech and the Democratic Party to task for censoring the Biden family corruption story. And he knocked Joe Biden for that corruption.

The fact is, this information was stymied, stifled, controlled, because it didn’t suit the shared agenda of these three pillars of power. That almost concerns me more than the nature of the revelations themselves. I don’t have particularly high expectations of politicians. Let me blow your mind. But the idea that information is being controlled, that’s not democracy. That’s not freedom. That’s manipulation of elections.

If the guy from Get Him to the Greek gets it, why doesn’t a good chunk of the country? And who would have though Katy Perry’s crazy ex would prove more thoughtful, sensible and wise than the entire American media and Big Tech establishment?

Cena may be a WWF fighter turned action star, but the scrawny Brand is the real tough guy.

WATCH: (Warning: He and guest Glenn Greenwald do each drop one F bomb. But the rest of the time its truth bombs from the duo.)

Coming Up on The Stream

Speaking of movies, Mark Judge is back with a captivating story about the sci-fi classic-turned-flick Solaris. Catch that later this AM. And just up, evangelist J. John answers “How Would Christ Respond to Wokeness.”