The Big Lie, A Big Self-Own and a Big Tax Break 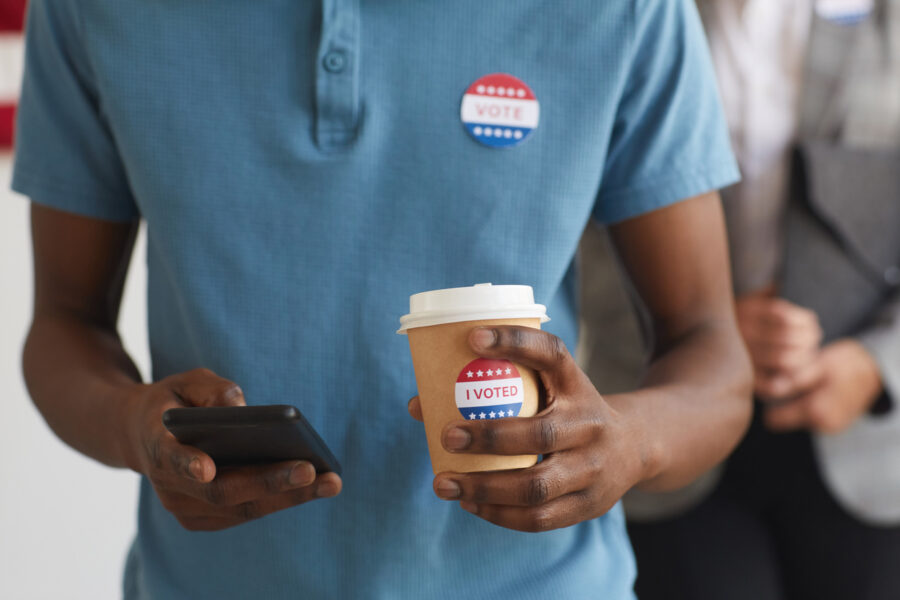 Happy Tuesday! And it is big one at the Morning Brew. No lie.

We know where former president Donald Trump stands. Yesterday, he released a statement reading simply: “The Fraudulent Presidential Election of 2020 will be, from this day forth, known as THE BIG LIE.”

Of course, that’s what the propaganda media calls any claim the 2020 election was fixed, “The Big Lie.” Well, the propaganda media and its new bestest GOP friend, Liz Cheney. Trump-hating Wyoming Representative tweeted, “The 2020 presidential election was not stolen. Anyone who claims it is spreading THE BIG LIE, turning their back on the rule of law and poisoning our democratic system.”

Uh, Liz. Hate to break it to you, but more than half the country, including 30% of Democrats, thinks Biden’s “victory” was ill-gotten. And any time they try to share the evidence, Big Tech jumps on ’em like you do a vote to bomb somebody.

Election officials in at least six states violated the law in the administration of the 2020 election. That’s called cheating.

If you have the guts to debate me on this, name the time and place.

You know THEY poisoned the system, and R’s were spineless to hold them accountable. https://t.co/7I4nRLyMT8

Election officials in at least six states violated the law in the administration of the 2020 election. That’s called cheating. If you have the guts to debate me on this, name the time and place. You know THEY poisoned the system, and R’s were spineless to hold them accountable.

Meanwhile, the Maricopa County Audit continues. As do the desperate efforts by Democrats to stop it. The target date for the end of the massive audit of 2.1 million ballots and the voting systems had been May 14th, but Arizona Senate audit liaison Ken Bennett says there is “no deadline,” and the recount may have to be paused May 14 because the site of the audit, Veterans Memorial Coliseum is scheduled to host several high school graduations.

You can watch the audit LIVE here at AZAudit.Org

What New York Gov. Andrew Cuomo lacks in humility he sure makes up for in lack of self-awareness. Cuomo, who knowingly stuffed elderly COVID patients into nursing homes, killing thousands of grandparents (and proceeded to try and cover it up), had this word for people who don’t get vaccinated: “Maybe you go home and kiss your grandmother and wind up killing your grandmother.”

Cuomo also said the investigation into his cover-up of how many people died in New York nursing homes a “political investigation started by Donald Trump.” (Conveniently ignoring the role the very Democratic Attorney General of New York has had in investigating the nursing home disaster.)

Cuomo insists he “did nothing wrong” and that he is not resigning. This as the New York Times reports Cuomo’s cover-up was much deeper than previously thought. The Times says Cuomo aides “scrubbed a politically damaging Health Department report” about the nursing home deaths. The report originally stated 9,700 people or “approximately 35%” of all NY COVID deaths were nursing home related. Top Aide Melissa DeRosa and other staffers got the percentage changed to 21%, removing from the nursing home death toll those who got sick at nursing homes but died at a hospital.

DeRosa admitted to Democratic legislatures in February that Cuomo’s team hid the real death toll numbers from the legislators, worried the true numbers would “be used against us” by prosecutors.

The Good News: The Biden Administration is denying a report that it has agreed to release billions of dollars in oil revenue to Iran in exchange for several U.S. and British prisoners. Sources tell the Associated Press the US and Iran are discussing a prisoner exchange, but no deal has been released.

The Bad News: This White House is run by many of same people who delivered hundreds of millions to Iran during the Obama Administration “coincidentally” at the same time Iran released several Americans it had been holding.

The Good News: Joe Biden said Monday “Anybody making less than $400,000 a year will not pay a single penny in taxes.”

The Bad News: It’s Joe Biden. And it was a yet another gaffe. He meant his oft repeated — though dubious — campaign promise that those making less than $400,000 will not a pay a single penny more in taxes.

PRES. BIDEN: "Anybody making less than $400,000 a year will not pay a single penny in taxes." pic.twitter.com/37GkyPeY1K

A Big Interview on The Stream: The Dangers of Critical Race Theory with Monique Duson

Monique Duson, a former advocate of Critical Race Theory, joined Randy Robison on LIFE Today Live to explain why she abandoned it in favor of a more biblical approach to racial justice and unity. She’s the founder of the Center for Biblical Unity and travels extensively speaking on the dangers of CRT. We’ve got it right here:

Also, be sure to read her excellent article, “The Father, Son and Antiracism,” here on The Stream. In it, she responds to Ibram Kendi, one of the leading proponents of CRT and the misleading “anti-racism” ideology.

And while we’re on the subject of race, please check out Dwight Longenecker’s tribute to his South Carolina Senator, Tim Scott, now up at The Stream. It’s called “Tim Scott’s Common Sense.”