Biden Wants to Escape the Bubble, Whitmer Can’t Escape Violating Her Own COVID Rules and There May Be No Escaping Trump in 2024. 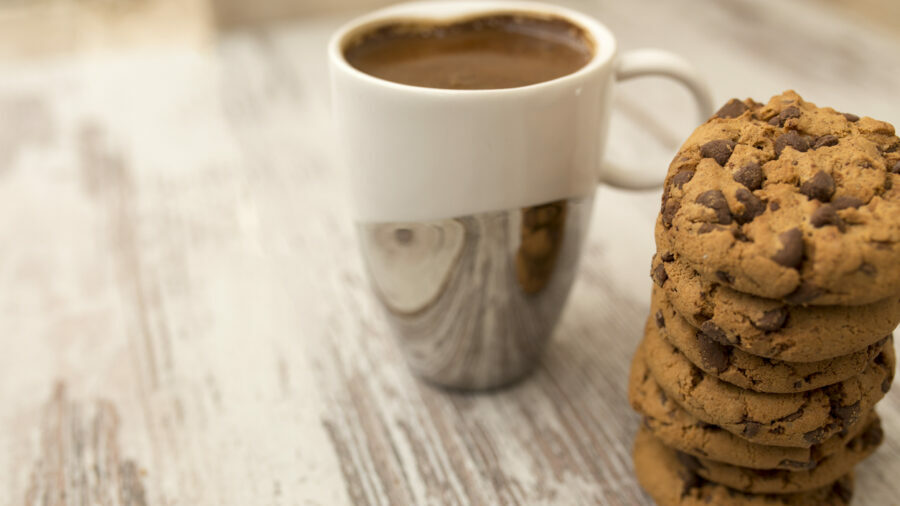 “Silicon Valley is acting as a council of censors,” said Gov. DeSantis, “They cancel people when mobs come after somebody.” He also cited their censorship of stories involving COVID and lockdowns that went against the (ever changing) party line.

Most famously, Twitter and Facebook banned noted Florida resident Donald Trump. Will he take advantage of the new law? We’ll see after the law goes into effect July 1.

Meanwhile, Trump all but confirmed he’s eyeballing the Oval Office again. Dan Bongino asked him directly yesterday about a 2024 run, and Trump declared, “We are going to make you very happy.”

Trump was more evasive about UFOs. You can hear the interview here. Once you finish The Morning Brew, of course.

So crises are piling up like cars at rush hour and Biden could barely read from sheet of paper at a meeting with FEMA Monday. But congrats to those crack journalists at the Washington Post for getting the bottom of Joe’s feeding habits!

What about the border? For his weekly lunch with border czar Kamala Harris, he favors chopped salad with grilled chicken.

What about energy independence? When it comes to energy, he’s “partial” to orange Gatorade.

Adding an extra layer of eye-popping fluff to the article? The Post says Biden is “eager to escape the Washington bubble.” Really? You couldn’t even get him downstairs for a meeting Friday with South Korean president Moon Jae-in.

Which gets to today’s random thought: Why does the media spend so much time insisting Joe Biden is legitimately the president when he barely shows up to do the job of president? And he’s already eager to escape?

Quick. What do you call those actions taken by criminals that cause deliberate harm to others? Yes. “Crime.” Unless you are the Biden White House. (Thanks to Andrew Sullivan for pointing this out on Twitter.) Jen Psaki Monday referred to the crime surge in America’s cities several as “community violence.” And then blamed guns.

Asked if there was a “crime problem” in this county, she replied “Certainly there is a guns problem.” She then blathered on about “local community violence” … violence that’s gone through the roof since her progressive pals launched their “Defund the Police” efforts.

Psaki just blamed the rise in crime across the country on a lack of gun control. pic.twitter.com/ndg4j87ZSI

Why do liberals come up with new nebulous phrases to replace clear, precise words?

Remember, kids, “Community Violence Doesn’t Pay.” Well, unless you’re a hired protester. Or radical BLM-loving agitator John Earl Sutherland. He was paid $35,000 each by CNN and MSNBC for his video from January 6 inside the Capitol … after calling for violence in Washington.

Then again, the phrase is “Community Violence Does Pay … But You Have to Give Some of It Back.” Last week, the DOJ did seize about $60K from Sutherland. His snuff film of the Ashli Babbitt killing was deemed profiting from a crime.  You remember. After the killing, tape still rolling, he was celebrating with his CNN cohort Jade Sacker, who shouted “We did it!” ….

Did what? You think Pelosi’s grand inquisition into January 6 would want to know? Sure. And Nancy gets her hair done at Supercuts.

Some Good News from The Swamp: The thousands of National Guard troops stuck on Capitol Hill are finally heading home.  Peloi’s production is ending its run. The troops have been used and abused by Nancy Pelosi as props these past months to pretend the U.S. Capitol was under threat from Trump supporters. The irony? With the troops outside, Pelosi and her progressive minions have spent these five months ripping down American democracy from within.

But at least they’re wearing masks.

What’s a seven-letter word for “tone-deaf”?  Whitmer. That’s being polite. “Arrogant” and “Entitled” also describe Michigan’s hapless Governor Gretchen Whitmer. Fresh off having to apologize for lying about a trip to see her father that broke COVID recommendations, Whitmer was caught this weekend violating her own COVID dining restrictions.

Michigan Gov. Gretchen Whitmer (D) hit the bar this weekend and violated her own coronavirus orders, according to a photo Breitbart News has exclusively obtained. https://t.co/7udfIRYfBn

Whitmer was shot stuffing her feedbag with a dozen friends when her own rules say no more than six can dine together. Whitmer apologized Monday, saying that since everyone was vaccinated, “We didn’t stop to think about it.”

Sure. The new dining restriction was announced less than two weeks ago.

After being challenged by the media about her flaunting of her own COVID laws, Whitmer again insisted it was an honest mistake, adding “they have pretty good pizza.”

Well, that changes everything. If good pizza is involved, all is forgiven.

Later today, I hop around the country with the all-new “Election Integrity: A Cross-Country Tour of Audits, Investigations and Interesting Cases”

Already up this morning, a wonderful, inspirational column from Dan Britton, called “The Yes-Face.” Is your face warm, loving, inviting? In other words, Christ-like? Or is it dour? Especially important to consider as millions are now removing their COVID masks and we’re seeing strangers for the first time in a year.

Here’s hoping every face you see today is a “Yes-Face”!