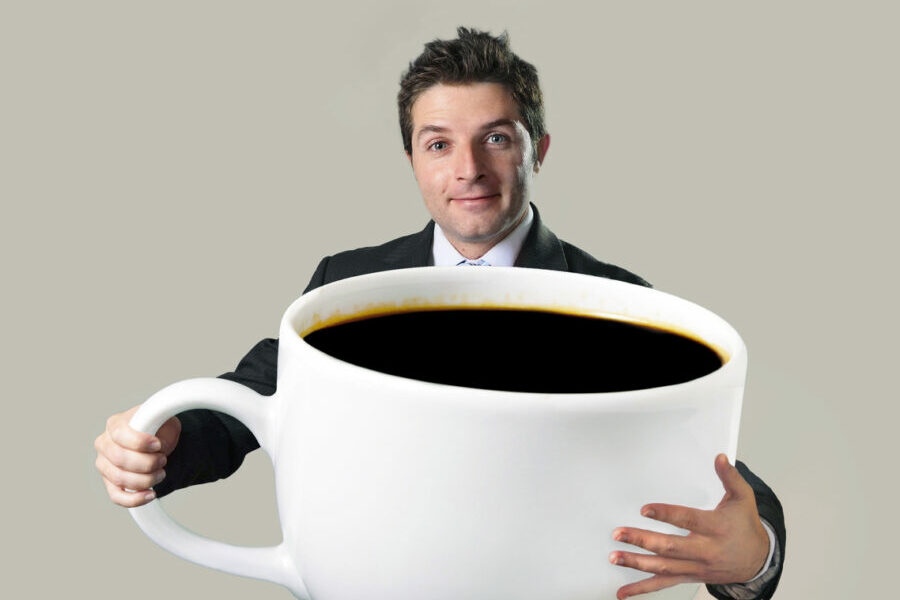 What are the stories that have us percolating this morning?

So Which Is It, Joe?

Friday’s jobs report was miserable. Even as America continues opening up after COVID, only 266,000 created in April when Wall Street was expecting a million. Why’d it stink? The impact of Biden’s job-killing policies are starting to bite the economy on the bottom? Or the jobs are there, but people are happy to stay on the extended unemployment benefits rather than return to work for less money.

Biden himself seemed to reject the latter idea Monday, saying “There’s been a lot of discussion since Friday report that people are being paid to stay home rather than go to work. We don’t see much evidence of that.”

BIDEN: “There’s been a lot of discussion since Friday report that people are being paid to stay home rather than go to work. We don’t see much evidence of that." pic.twitter.com/xiMBFMsk7j

So your policies are to blame, Joe? NOOOOO, of course, not!

That Didn’t Take Long: Middle East Back To Being a Powder Keg

We’re praying for the peace of Israel this morning, as tensions dramatically rise in the Holy Land to “the highest point in years.” (Wow. From peace deals to a near state of war in a matter of months. What changed?)

Hundreds of Palestinians have been injured in clashes with Israeli police outside the al-Aqsa mosque, and Prime Minister Benjamin Netanyahu has warned the terrorist group Hamas has crossed “a red line” by launching missiles at Jerusalem.

Meanwhile, John Kerry’s BFFs in Iran are acting up again. On Monday, the U.S. Coast Guard ship Maui was forced to fire two volleys of warning shots at 13 Iranian fast boats that charged to within 150 yards of six U.S. Navy vessels in the Strait of Hormuz.

Dancing at Weddings Soon to Be Okay Again in DC

Was she following “science” or reacting to growls of bridezillas?

Just days after announcing new COVID-19 restrictions for Washington, DC that banned dancing and even standing at weddings, Mayor Muriel Bowser has done a 180.

Bowser declared Monday restrictions will be rolled back May 21 on weddings, schools, gyms and offices. Restrictions on larger venues come off June 11. So get those “Chicken Dance” and “Electric Slide” moves up to snuff, folks.

Bowser’s “no dancing” edict sparked a Footloose-like reaction, with summer weddings scrambling to find new venues in saner jurisdictions across the DC line.

From DC weddings to a celebrity divorce …

Was Jeffrey Epstein Behind Gates Split?

Yeah, that would be a deal breaker in a relationship: Your husband palling around with an infamous pedophile and sex trafficker.

Reports are circulating that Melinda Gates initiated her split with Bill Gates after revelations Gates had gotten tight with Jeffrey Epstein, even after his initial prosecution for trafficking and having sex with underaged girls.

Gates has tried to downplay his relationship with Epstein. For example, he wouldn’t answer why he flew on Epstein’s infamous “Lolita Express” in 2013. But clearly Melinda was worried Bill was up to no good.

How queasy Melinda was about Gates’ relationship with Epstein? Consider this: She was perfectly fine with Gates vacationing every summer with his old girlfriend.

Tim Tebow Signing With the Jaguars as a Tight End?

Is Tim Tebow returning to the NFL … this time as a tight end? Ian Rappaport and Tom Pelissero both report Tebow will be signing a one-year deal with the Jacksonville Jaguars. This would reunite Tebow with his Univ. of Florida coach and mentor Urban Meyer.

Tebow hasn’t taken an NFL snap since 2012, after which he spent several seasons playing minor league baseball before retiring last February. The former QB resisted being moved to tight end during his earlier stint in the NFL.

Another reason Meyer might want the devout, seasoned and notoriously hard-working Tim Tebow around? Meyer’s just drafted QB sensation Trevor Lawrence of Clemson as the number one pick. Lawrence has been open about his own Christian faith. Who better than Tebow to help Lawrence navigate the pressures and temptations of the NFL?

Finally, I assume we’ve all recovered by now from the shock of Elizabeth picking Lucas over Nathan on Sunday night’s season finale on Hallmark’s “When Calls the Heart.” Don’t laugh. The show is “the most-watched original scripted television series on an ad-supported cable” network, averaging 3 million viewers a week during season eight.

But don’t worry. Nathan, along with the whole gang, will be back in Hope Valley for season nine.

John Zmirak kicks off the morning answering his own question, “How Did Our Churches Turn Into Leftist Political Front Groups”?

Have a blessed Tuesday!